This September at House of Savages 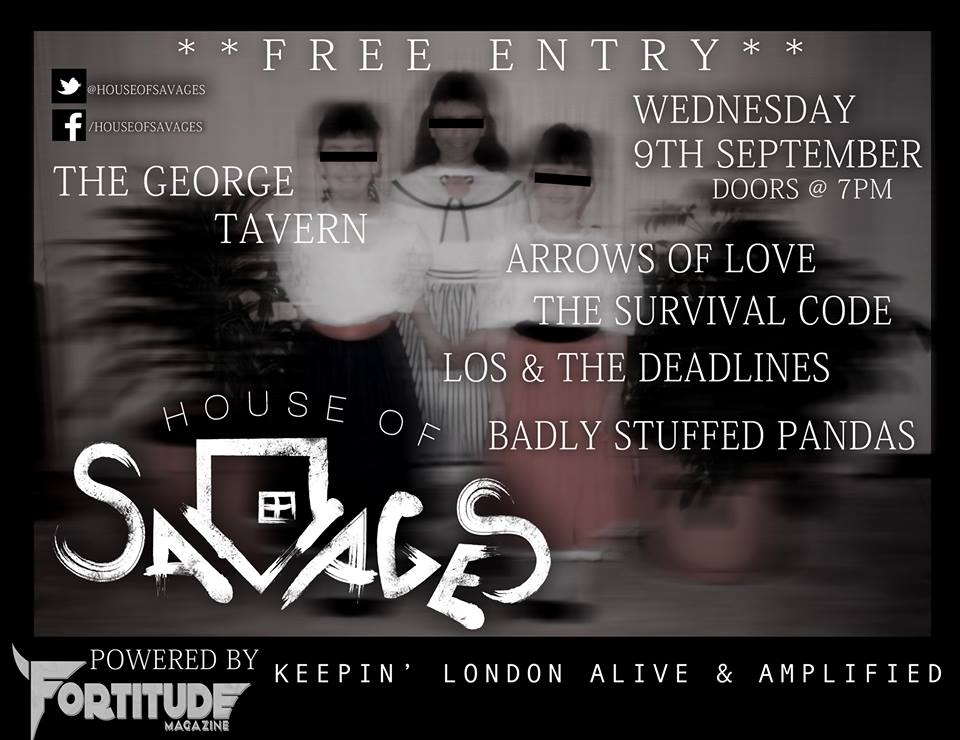 Thank you, thank you, you’re too kind. This month at House of Savages…. 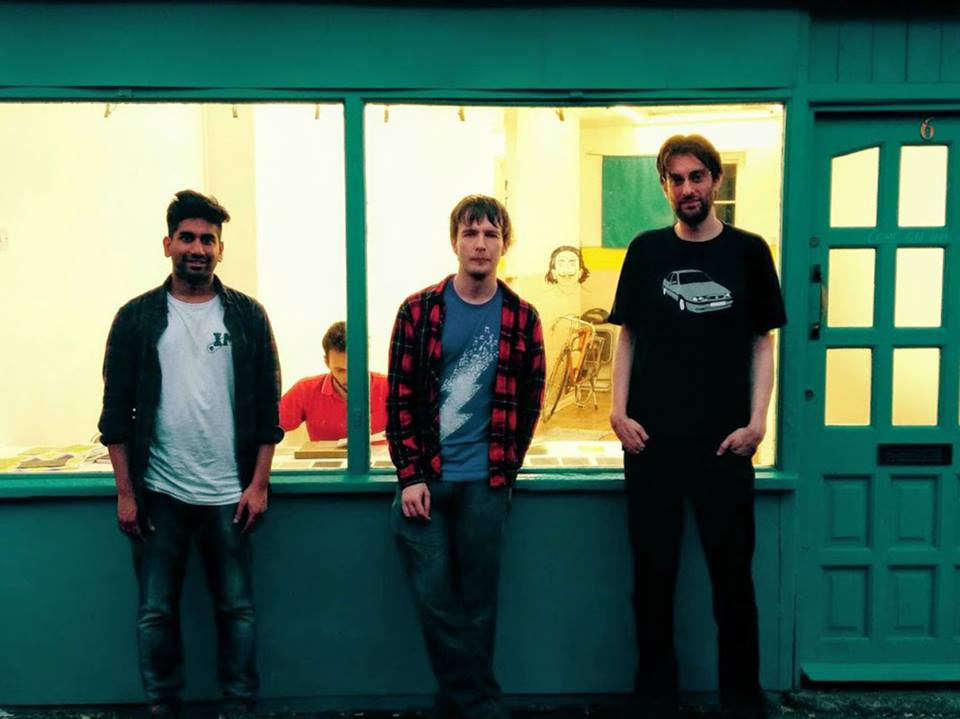 The Grunge/Alt Rock gigging machine that is Badly Stuffed Pandas will be first on our stage this month. Having already played at the Hope & Anchor, Fiddler’s Elbow (twice), The Underbelly AND The Workshop this summer Darren, Sanjee and Pete are building up some serious momentum (either that or they’re sick of the site of each other). They describe their sound as “the sound of Pandas fighting over the last bamboo stick while listening to alt-grunge rock” which is exactly the sort of thing that fits in perfectly at HofS. However if you’re unsure what that’s like I’d put them in a similar bracket to Seether and Mudhoney.

Listen out for – Filibuster 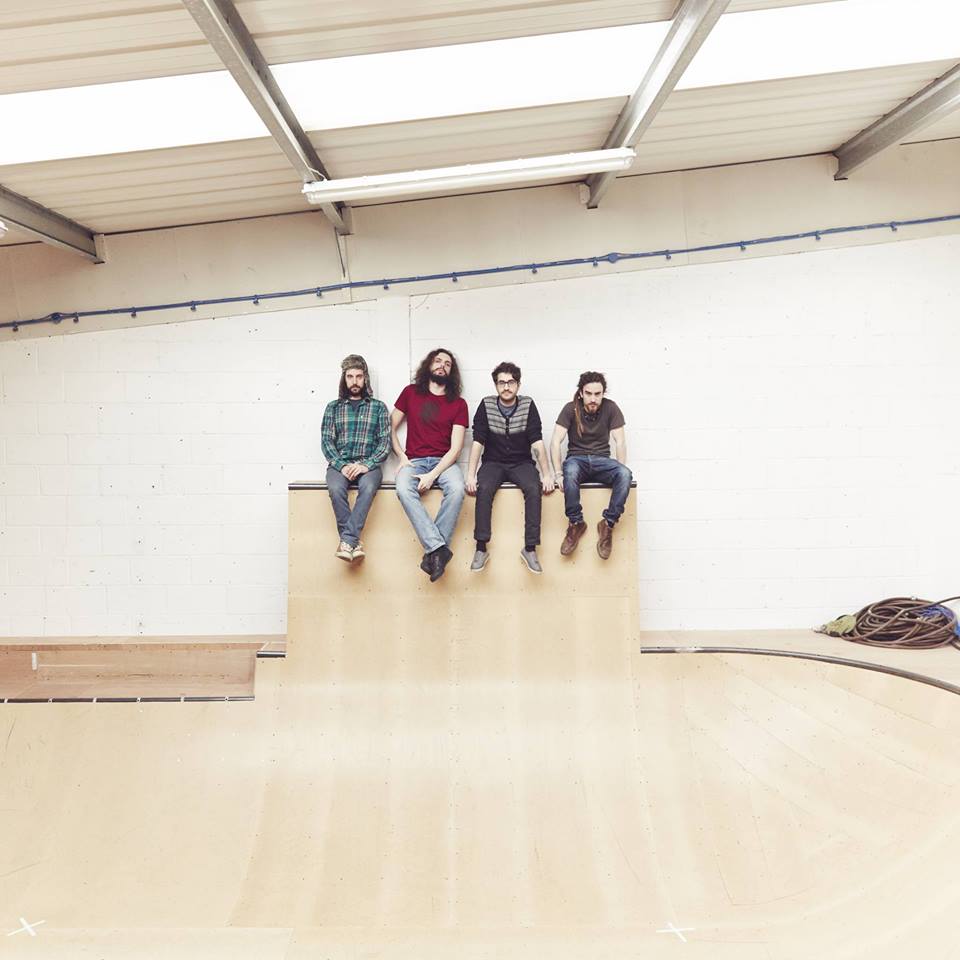 All bands take inspiration from what surrounds them, and judging by the lyrics to “The Youth’s Opinion” someone in Los & The Deadlines has been applying for a lot of jobs. Read out in a style akin to Talking Heads “A Day In The Life” the London 4-piece take inspiration in equal parts from the Dave Byre-lead group end and Pearl Jam to produce a really interesting mix of styles. Though according to video on their Facebook their main influence is… Kenny G?! Having released their latest EP Perfect Holiday earlier in the summer they have received good coverage from Drunken Werewolf and BRFM. They graced the stage at with our mates We Are Wild earlier this year and were excellent so we’re proper excited to have them drop by next week!

Listen out for – The Youth’s Opinion 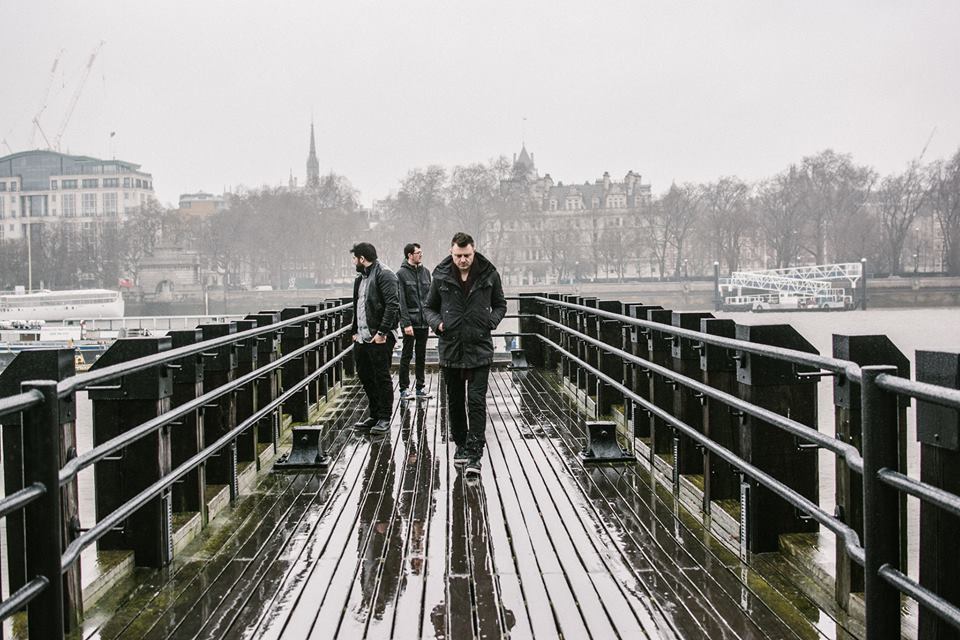 Another band who released a new record earlier this summer with MMXV, The Survival Code kept us waiting 4 years since they’re debut EP Everything But Today. While that’s a long wait, it does seem to have been worth it! MMXV has some great tunes on it, including latest single Ratrace. They’ve got some great praise from Powerplay Rock and Metal, Mute Print and Midlands Metalheads Radio, and if the energy you can hear on the album even half carries to their live shows it’s sure to be a great performance. Their influences include Alkaline Trio and Incubus and I’m not going to disagree, simply saying that these guys are definitively worth coming down and seeing for yourself.

Listen out for – Centre of the Universe 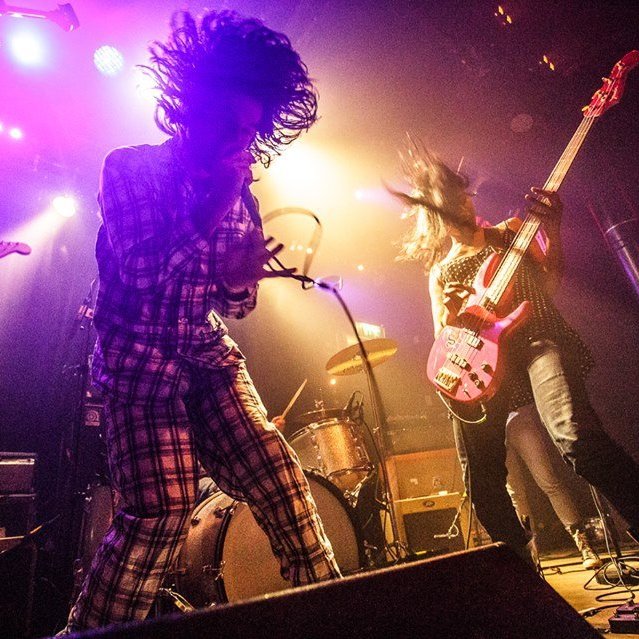 Made up of Cleopatra, King Harold, Boudica, Ragnar Lothbrok and Attila the Hun is a powerful historical line-up, but I can’t recall any being remembered as particularly musical. Well I was wrong, because Arrows of Love ROCK! Releasing debut album Everything’s Fucked last year to rave reviews from Line Of Best Fit (8/10), Beat Mag, The Independent and Music Week, the band have been turning heads everywhere with their incredible live performances and visceral, swaggering songs. Landing musically somewhere in between Joanna Gruesome and Iggy and The Stooges, the music, almost chaotic at times, is held together by their drummer in the same way as a parent trying to control 4 toddlers who’ve raided a sweet shop. Playing the prestigious SXSW festival earlier this year was yet another high point for the 5 piece who are surely heading for something special. We’re delighted to announce them as this month’s headliners.

Listen out for – Suck

Looking forward to seeing you all The George Tavern on the 9th of September to meet the best in new alternative rock in London.

Oh and btw, that opening was an Always Sunny in Philadelphia ref – https://www.youtube.com/watch?v=J-VWIXmOS_w