This October at House of Savages – 1st Birthday Party 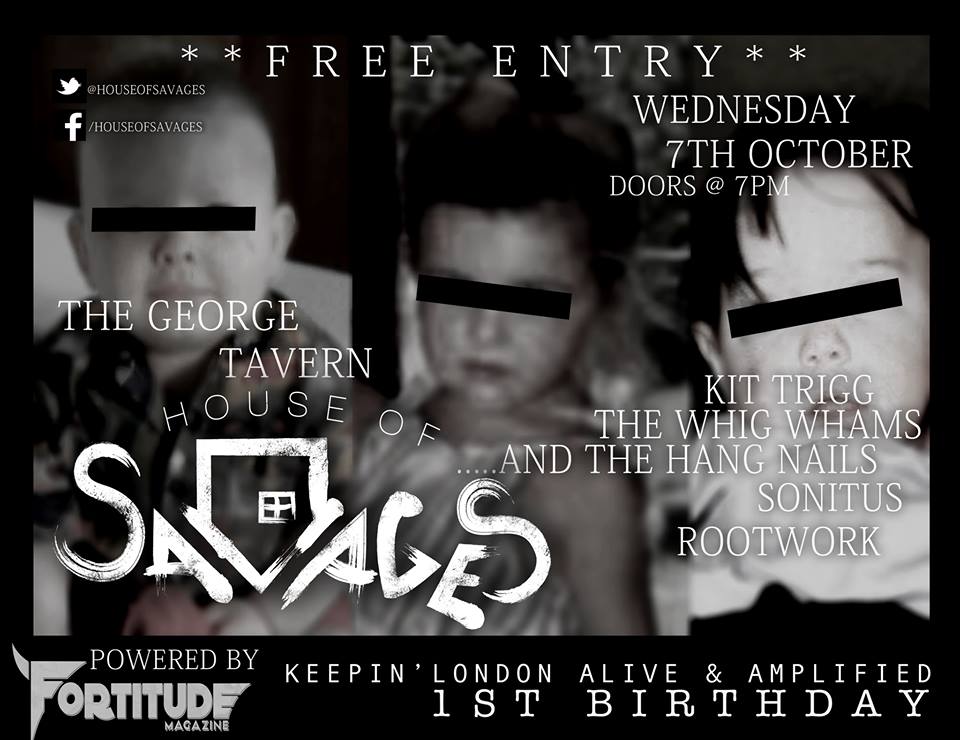 Our 1st year has been incredible. Some amazing acts have graced our stage, delivering fantastic performances that have helped shape and develop House of Savages into where we are today. But as any proud parents would be we are a little biased when it comes to love for our own baby. So I’ve read up on where we should be development-wise after yr 1 and the results are a little more mixed than we’d like.

Anyway, they say a baby’s first birthday is more about their parents showing off than doing something for the child, so with that in mind we’ve invited back our favourite acts from year 1 for a celebration of us, them and rock music… but mainly us. 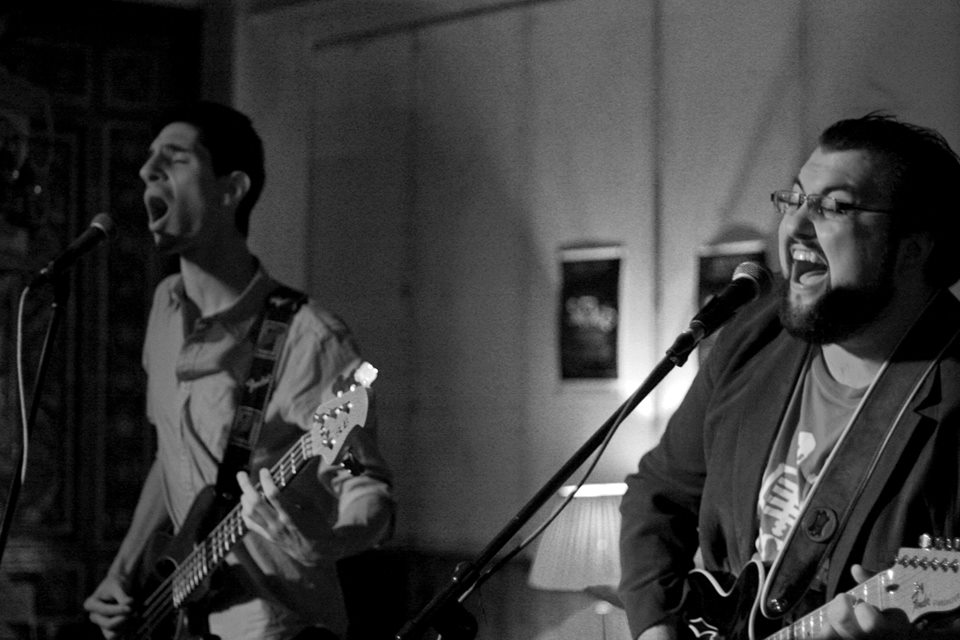 Jaime, Chris and Max blew us away with their riff-driven epics when they joined us to open the night at gig 2 in November. Soaring choruses, time signature-changes, vicious guitar solos all packed into a great set. They even tied in a medley of Beatles classic “I Want You (She’s So Heavy)” on the end of a song. Since then the guys have been gigging in between some serious studio time, working on much anticipated new material to go alongside the barnstorming “Wasteland” and “Helpless Reckless & a Fool”.

Listen out for – Wasteland 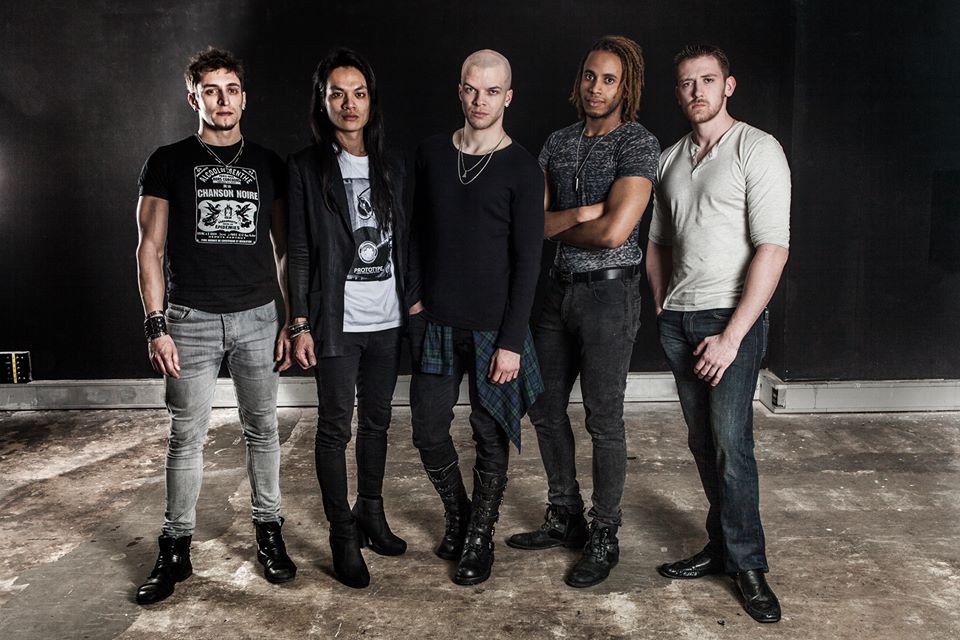 Waaaaay back where it all began, Sonitus were one of the highlights of our first ever show. Wide-eyed we watched on as the East London 5-pieces delivered a master-class in alt rock. Dein and Nate’s guitar-lines gloriously intertwine with each other with vocals from Russ floating over the top, while Scott and Rom slowly build the tension on Bass and Drums before the delicacy of the verse drops away to crashing choruses. With the buzz building around them all the time, the promise of a debut album has us all on tenterhooks to see the next development that this talented band will take.

Listen out for – Alleviate 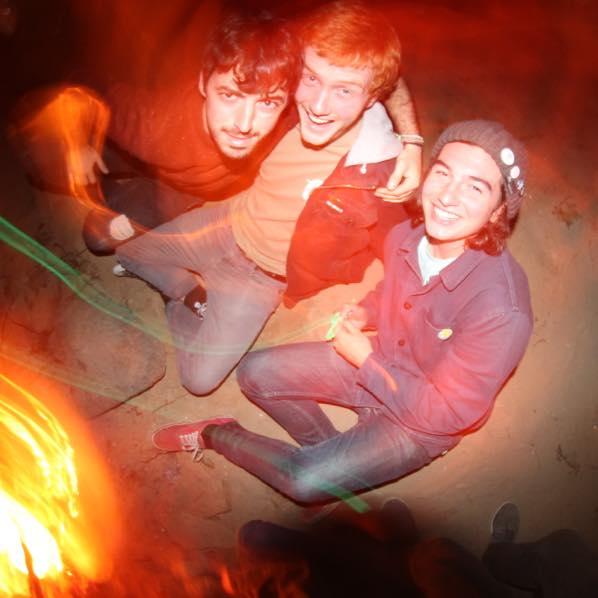 The Whig Whams warmed us up with their self-described “LOUD FUNKY PUNKY BLUESY GARAGE ROCK & ROLL” last December. All the way from San Diego, the angst laden vocals and primal guitar lines left all pretense at the door, getting back to why we all fell in love with rock music in the first place. A gigging machine over the last few months, including supporting the excellent TRAAMS at The Social, the guys have been showcasing what they do best with their energetic live performances that is sure to get House of Savages rocking for a second time.

Listen out for –Break in Make Out 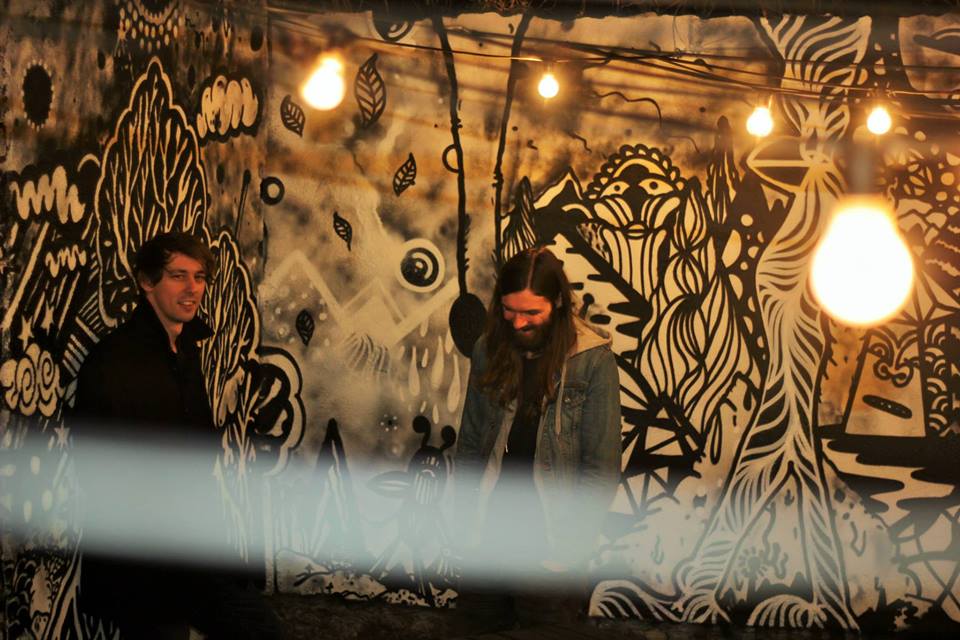 Sometimes less is more, and with less band members than most Martyn and Steven certainly give you more. With a belter of a set in June the Leeds/London duo demonstrated why they have been getting some top praise as one of the gems of the UK rock scene from the likes of Clash Mag and BBC London. Coming to us at the end of a very busy few months of touring which has seen them play a support slot for The Stranglers I for one will definitely been singing along with my favourites “Say it to the Old” and “The Trouble You Start”.

Listen out for – The Trouble You Start 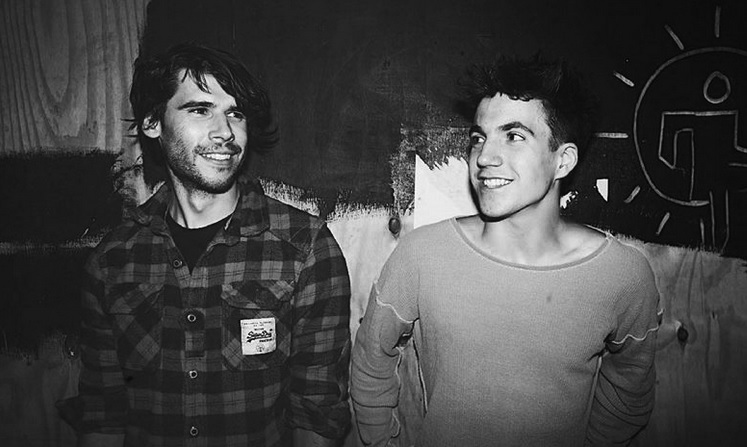 When he graced our stage last time (also in June) I described Kit as “is one of those guitarists whose instrument seems to become an extension of his body”. Little did I know that Kit somehow makes the entire venue an extension of his body. Watching him you become completely enthralled with the performance he and drummer Nic are giving, so much so that you also feel like you’re under some sort of spell. With passers by being drawn in the blues-infused rock is delivered with fantastic passion. Since June Kit has gone on to release new single “I Feel So Much Better” and rock the BBC Introducing Stage at Reading Festival. We’re delighted that he has agreed to come back and headline our birthday show.

Listen out for –I Feel So Much Better

Of course a birthday show would not be complete without the amazing support we’ve had from those who have come down to rock out with us every month. So come down and join us for a night of incredible music at The George Tavern this Wednesday the 7th of October from 7pm.