This July at House of Savages!! 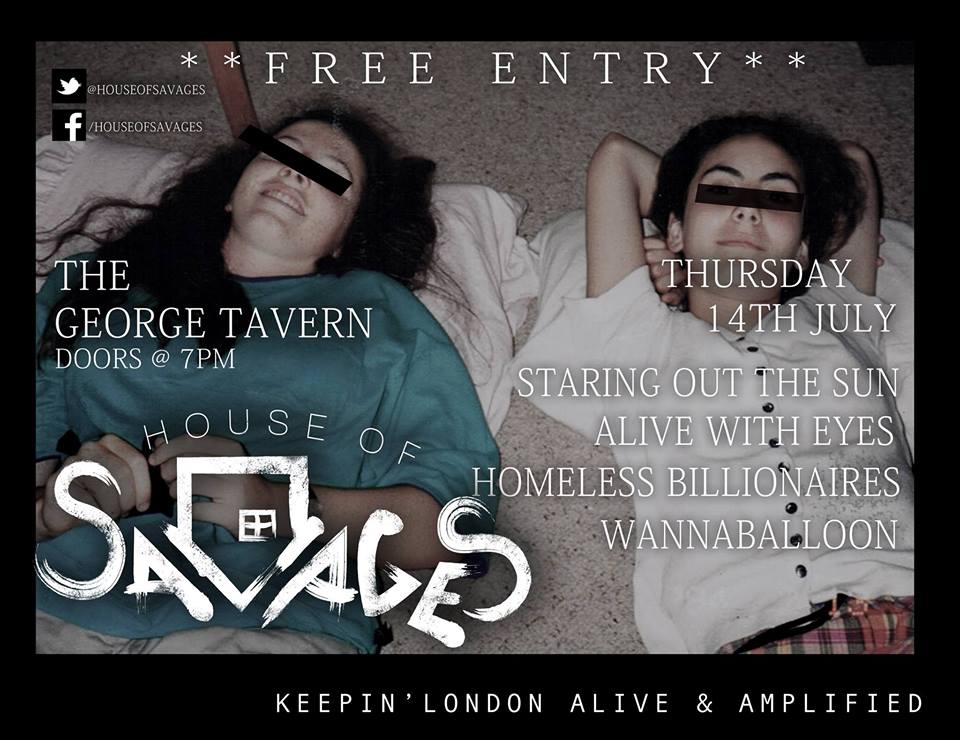 What a depressing year 2016 has been. The deaths of several music icons, the rise of Trump in America, dreadful Football displays (unless you’re Welsh) and the breakdown of tolerance and compassion in every aspect of society (left and right). So I feel like we all need something a little more positive and fun in our lives, either that or we can just retreat back to our beds and curl into a ball. Here are some bands helping us not become modern day hermits… 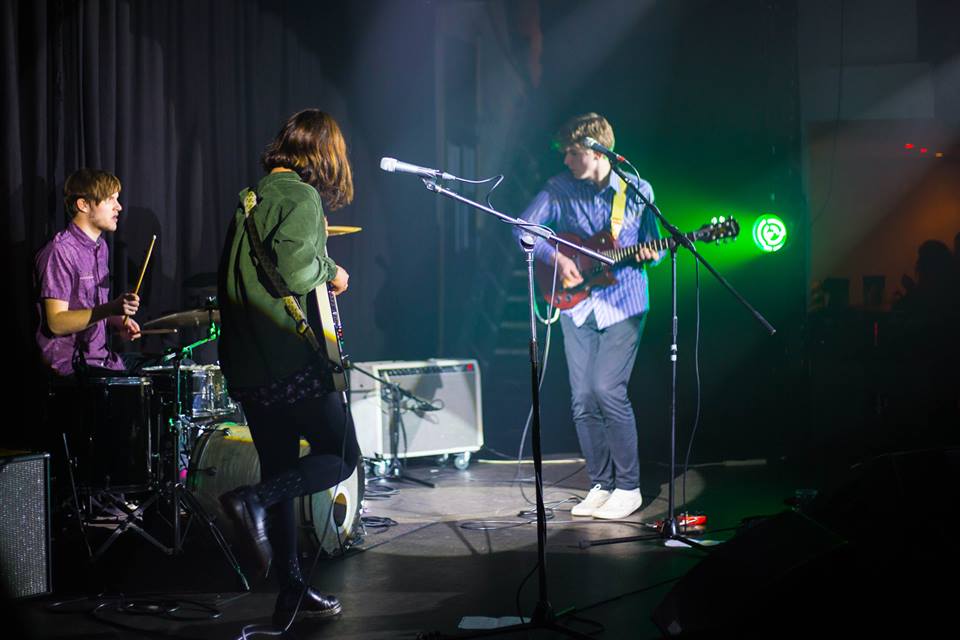 Kicking things off this month are newcomers Wannaballon. The three piece of Callum, Kerstin and Charlie only played their first show in April and only have demo’s on Soundcloud to go on, demo’s which sound like they were recorded on a single mic in a practice room, so while the clarity isn’t great my concise assessment would be: LOUD AND LOTS OF ENERGY. Which is exactly what we want at HofS!

Listen out for – Anecdote 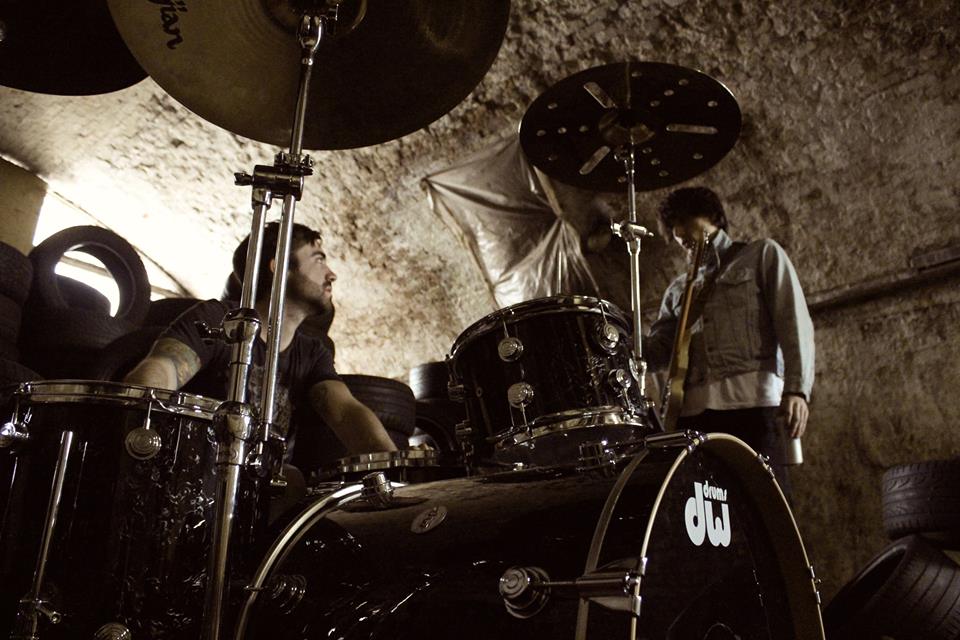 Back in November I called duo James and Patrick, aka Homeless Billionaires, a “ballsy guitar-drums duo” who give a strong nod to the likes of The White Stripes and old school Kings of Leon (before they went all ‘Sex On Fire’). They subsequently turned up and stormed the stage at The George with a fantastic set, that personally I felt outdid their recordings (which I mean entirely as a compliment). Well in the intervening period they have of course been busy, releasing their new EP Marvellous Beasts which is another gritty and raw set of tunes lead by the fantastic I Want Never Gets?.

Listen out for – I Want Never Gets? 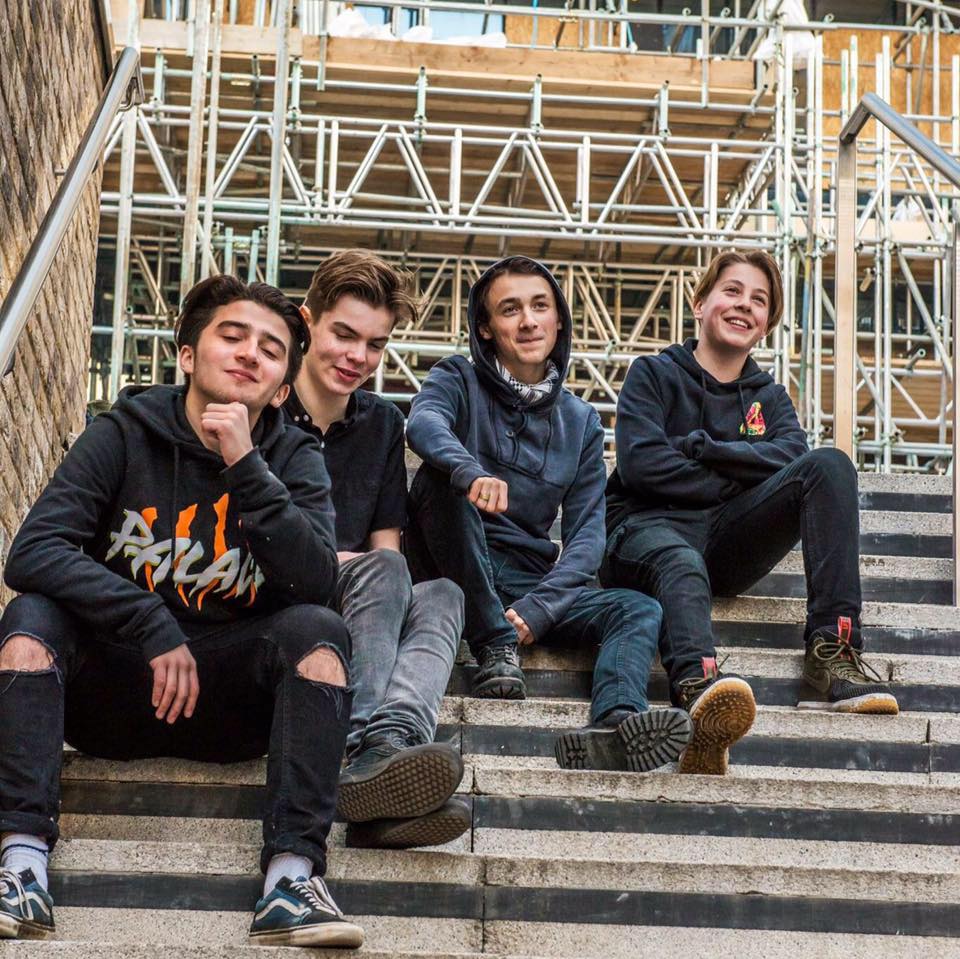 Possibly the record holders for the youngest act we’ve had a HofS, this four-piece play a mix of old school punk a la Ramones, Buzzcocks, Pistols and 2016 indie-rock like Otherkin or Asylums. The brash, swaggering vocals of Jake Adams mesh fantastically with the simple catchy guitars in the call and response of their standout track Get Away. Releasing their debut EP at the beginning of the summer the band have been on an impressive rise, playing Camden Rocks, The Borderline, Lexington and Garage along the way.

Listen out for – Get Away

Staring Out The Sun 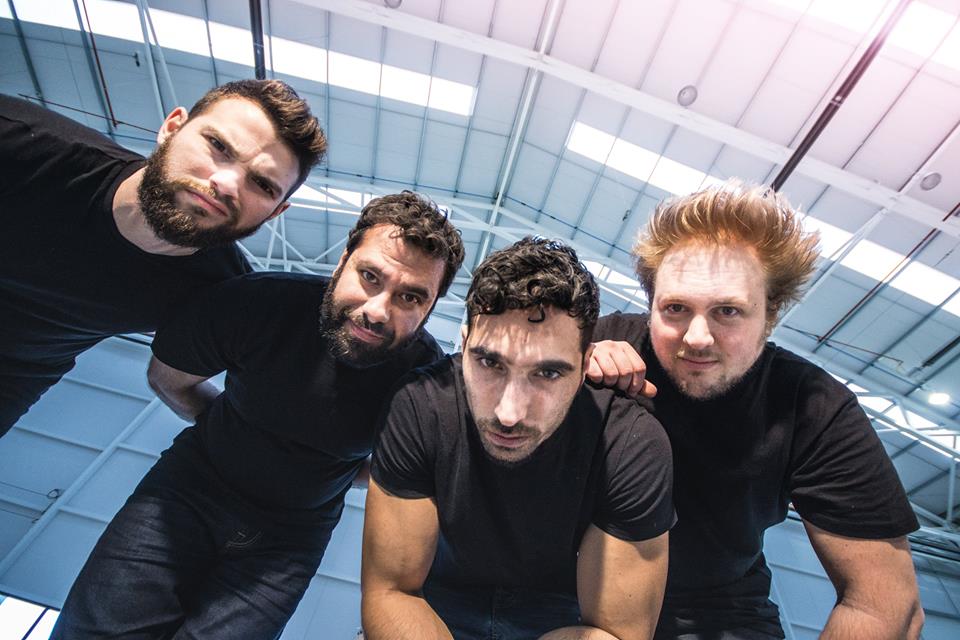 Blending a large range of styles to the point where the easiest way to sum it up would simply be under ‘alt-rock’, Staring Out The Sun bring comparisons to mind with everything from classics like Alien Ant Farm to Panic! at the Disco, from Cobra Starship to Biffy Clyro. From listening through to their most recent release Dawn you can tell that this is a band that have that extra something that marks them out from their peers. What that is it’s tough to put your finger on, there is quality songwriting, an understanding of how to put the different parts of their sound together, but also to do so in a way that highlights their strengths as a band. As a result of this talent they have built up a great reputation on the London rock scene as well receiving coutry-wide support on radio and online.

Looking forward to seeing you all The George Tavern on the 14th of July to meet the best in new alternative rock in London. – Check out our Facebook event page for more info!