This February at House of Savages!! 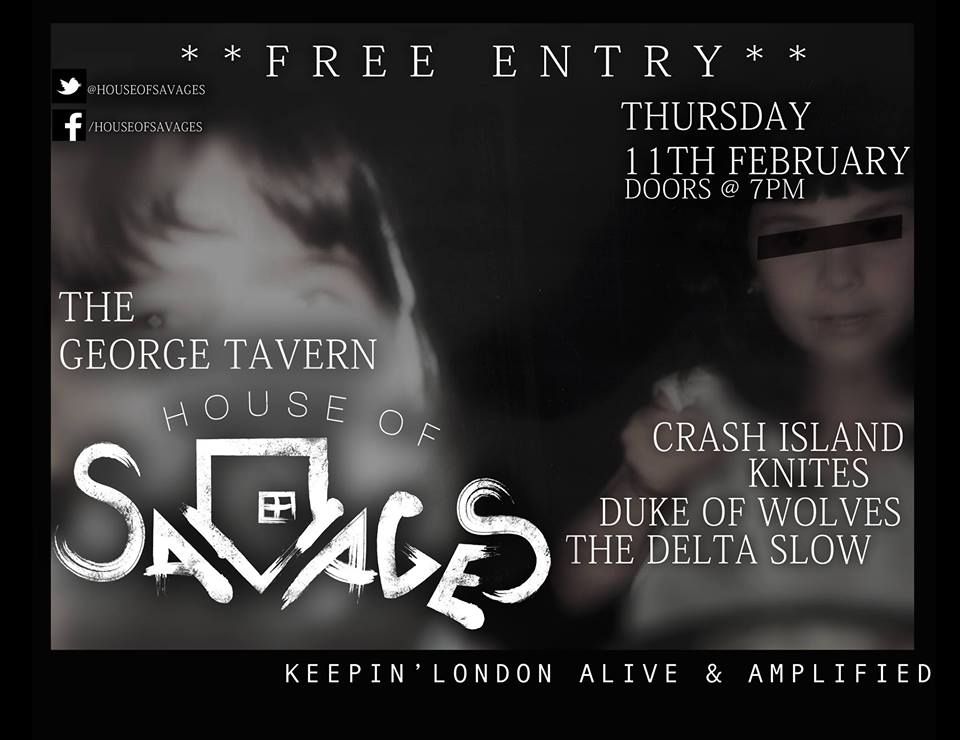 There has been this weird balance in music recently. On the one hand LCD Soundsystem are back, James Murphy and co telling us that they’ve come up with some amazing new material, but on the other hand Guns n Roses are reforming as Slash has finally looked at his bank account and then at Axel Rose and decided it might just be time to put himself and the world through the inevitable. One good thing, one bad thing. I suppose we can’t complain too much, the balance between the two probably evens out. In the end you might say these things are practically karmic. The one exception is that luckily we live in a world where House of Savages always feels good. Here’s who will be helping us with that this month… 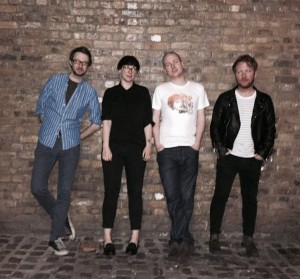 Originally from Glasgow but now based in London The Delta Slow formed from the ashes of Midnight Harlets. They play brooding garage rock which is built around Kadie McKinley’s dark vocals which are reminiscent of The Kills Allison Mossheart. Having been in London for a year now during which time they have played numerous gigs to support their growing reputation, they have released their debut EP Dark Lines. The 4 tracks are an exciting first release showing off some great tunes including standout Run & Hide which combines McKinley’s vocals with a great rolling drumline from George Wilson.

Listen out for – Run & Hide 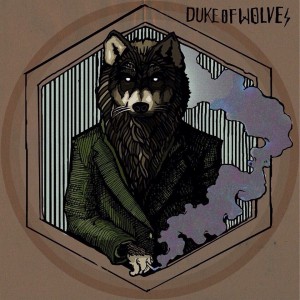 The only song currently available from Duke of Wolves is Hollow Eyes but it sure is a banger! Heavily influenced by early QOTSA the track has a crunching guitar sound which is a perfect juxtaposition with the hypnotic vocals over the top. Jim, Orlando, Sara and Ben describe their genre as Eargasms and hi jinx which I think definitely needs to become more widely used, and while being initially a little confusing, it becomes obvious after listening to their music. Having only launched themselves at the start of this year it’ll be exciting to hear some tunes when they play with us next week!

Listen out for – Hollow Eyes 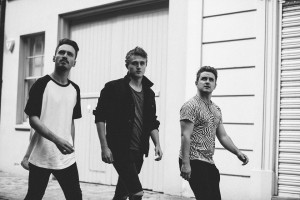 Returnees are a rare thing at House of Savages but Knites are definitely worth breaking the trend for. Playing waaaay back on our 2nd ever night, Knites delivered a great alt-rock set with powerful almost Matt Bellamy-esque vocals a particular stand-out (I didn’t even need to go back and listen to their material to remind myself of this). Their latest track Could Have Lied is yet another example of their strong song writing talents with it’s fantastic chorus which reminds me more of a brit-pop sound. The track is the first to be released off of an upcoming debut EP which after gigging and writing together for almost 18months now is surely something worth getting excited about!

Listen out for – Leave it Out 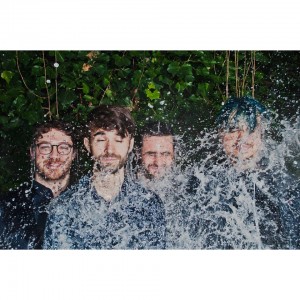 I hadn’t actually heard of Crash Island when our Chief Booker suggested them as a potential headliner, however upon having a perusal through their back catalogue of tunes I was immediately sold. Their brand of indie (which they have named Dark Tropical) is the sort that immediately draws you in and gets your foot tapping along. I’m obviously not the only one who thinks so either with previous support from BBC London, Amazing Radio, Roundhouse Radio and a number of stations in France, Switzerland and the US! They have also graced the stage at some of London’s most iconic venues, including Old Blue Last, The Lexington, The Garage and Barfly. Animals, their most recent release has a lovely build to it, combining and classic indie guitar sound (think early Bloc Party) with an electronic synth sound (think early Killers) to great effect. Bring your dancing shoes London.

Looking forward to seeing you all The George Tavern on the 11th of Feb to meet the best in new alternative rock in London. – Check out our Facebook event page for more info!