This June at House of Savages!! 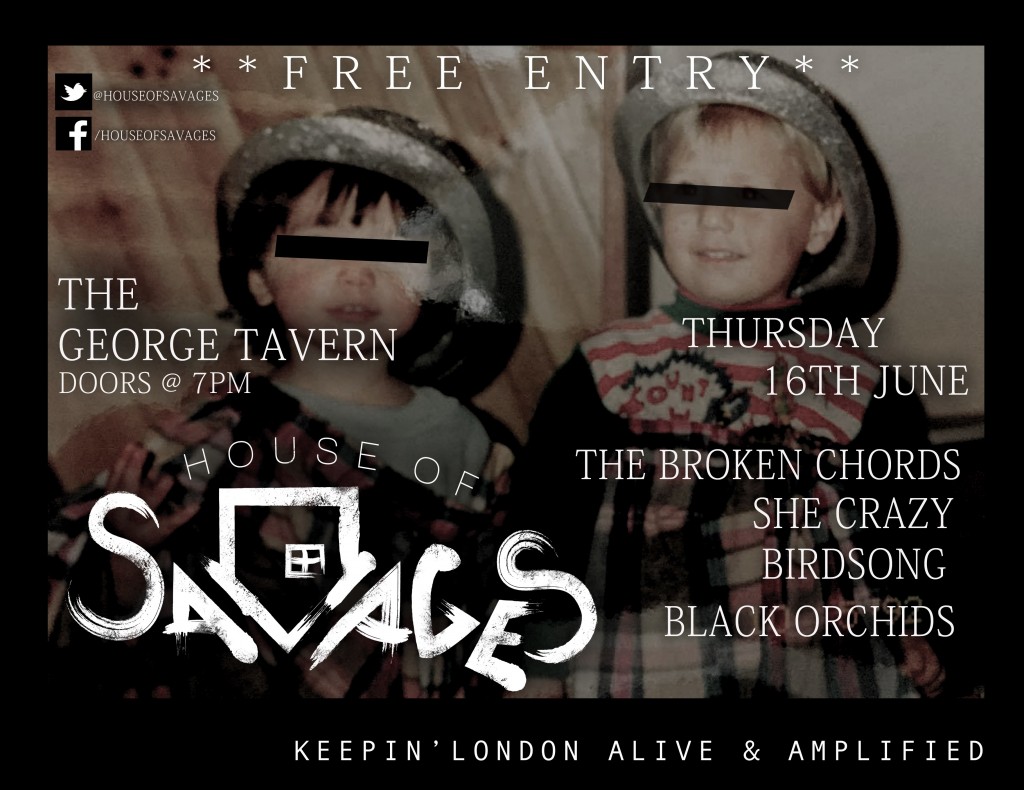 One of our troop here at HofS went to see an idol of theirs, Blink 182, at an intimate session in London recently. Despite working around some of the biggest artists over the last few years, they went fully fanzie when encountered with their heroes. Why am I telling you this? Well I think it’s really nice that even while working with ‘famous’ people on a regular basis, where you will be professional and friendly, there are still those bands, usually the ones who made you want to get involved in music in the first place, that can turn you back into that wide-eyed teenager discovering their own taste in music for the first time. It’s not because they’re famous, it’s because their music made you want to be involved. I reckon every member of every band we’ve ever had come play at HofS will have a similar story, a band that they still hold close to them as the one that opened the door to a love of music. It is that same feeling that fuels our night.

Right, enough sentimental bullshit, here’s who will be joining us this month… 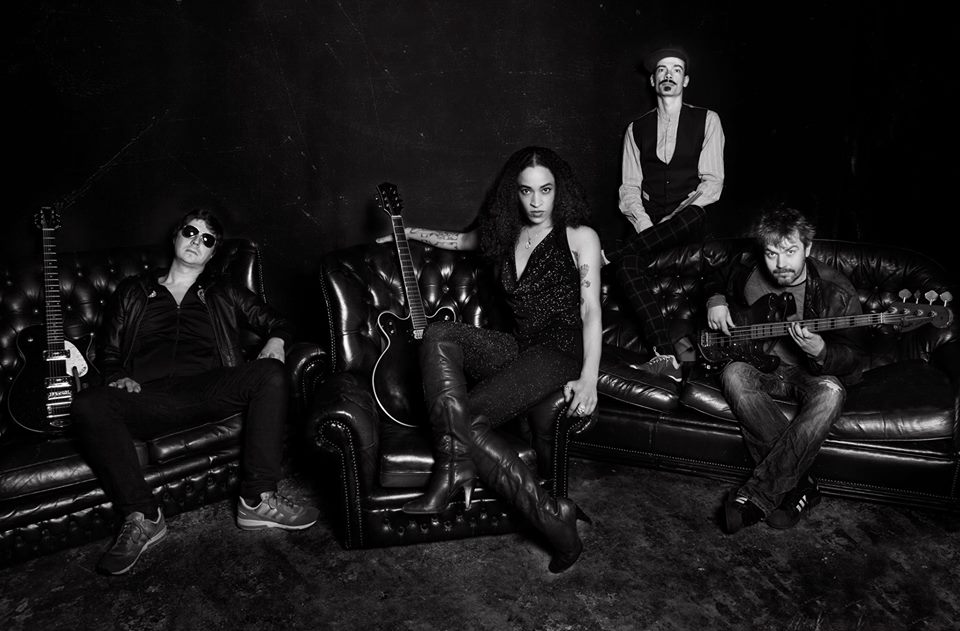 A new project fronted by the charismatic Kay Elizabeth and featuring a baritone guitar played Magnus Box. I flag up the baritone guitar because, at the risk of sounding a bit ignorant, I’m not sure I’ve ever come across one before. It can’t be a bass as Alain Duchesne is ably providing that, so part of my intrigue is simply to see what this guitar looks like! It certainly sounds good though. On the band’s debut EP Blood Moon it perfectly compliments the bands deep, soulful, psychedelic rock.

Listen out for – Blood Moon 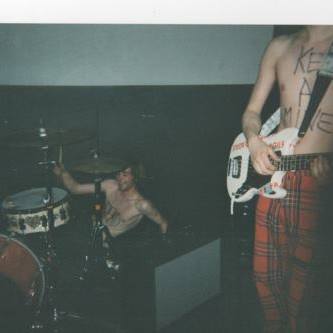 South London grunge, post-punk three piece Birdsong play fantastically politically and emotionally charged music, the sort that almost always translates to a fantastic live performance. Influenced by bands like Fugazi, Nirvana, Modest Mouse and either Fucking AND Simon and Garfunkel or the more disturbing fucking Simon and Garfunkel (poor Art, hasn’t he been through enough?), the band are setting out on an ambitious ‘World Tour’ visiting exotic locations such as Leicester and Bristol. But enough sarcasm, the band’s latest track Imperial War Musuem is a belter of a track, we can’t wait to see it played live.

Listen out for – Imperial War Museum 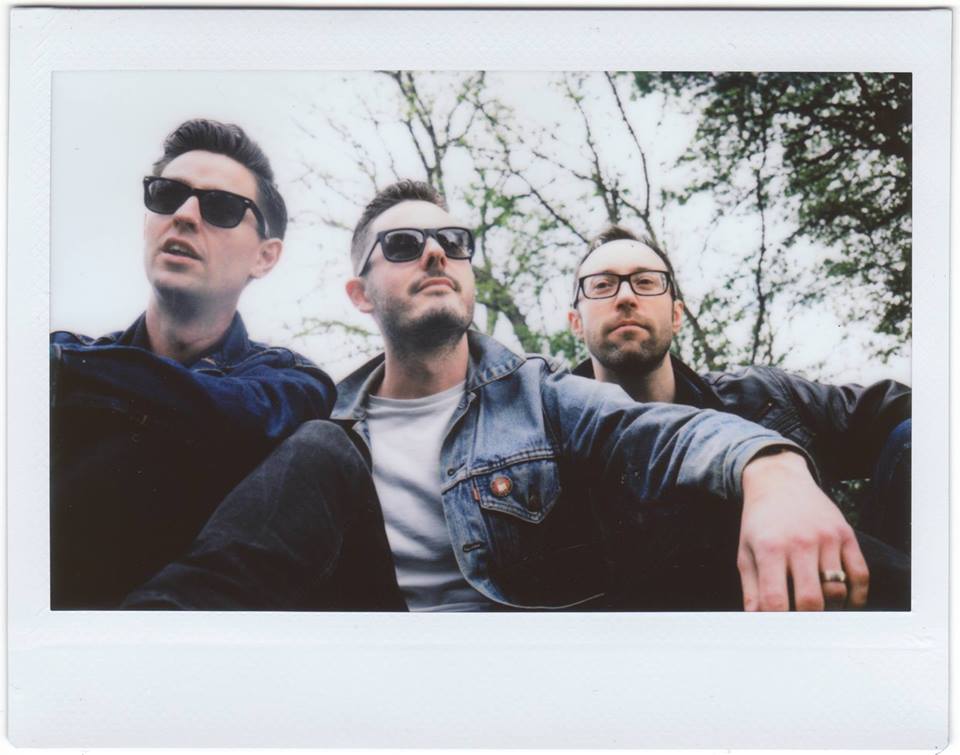 Let me just start by saying Surfing UAE is a sick name for a song. But it doesn’t just stop with the name, the track is a visceral headbanger of a track with a chorus that already sounds like summer anthem, “fly me away, on a surf holiday”! She Crazy’s music gives me immediate comparisons with the likes of Black Rebel Motorcycle Club and The Vines, but there are also elements of a more classic Stooges and MC5. Playing together for a number of years now, the guys have put together a great back catalogue of tunes (check them out on Bandcamp) but for me these latest tracks take them to new heights!

Listen out for – Surfing UAE

Getting support from the likes of BBC Introducing, Amazing Radio, Classic Rock and Shoreditch Radio, The Broken Chords have had a growing reputation in London’s rock scene for a while now. The band take heavy inspiration from 70’s stadium rock and the likes of Led Zepplin, Guns n Roses and Deep Purple their latest EP with it’s lead track I Do Believe samples the best of those bands. Having played a number of very impressive gigs at The Great Escape, Camden Rocks and Download Festival we are sure to get a roaring set with some of the best guitar London’s emerging rock scene has to offer!

Listen out for – First and Only Kind

Looking forward to seeing you all The George Tavern on the 16th of June to meet the best in new alternative rock in London. – Check out our Facebook event page for more info!