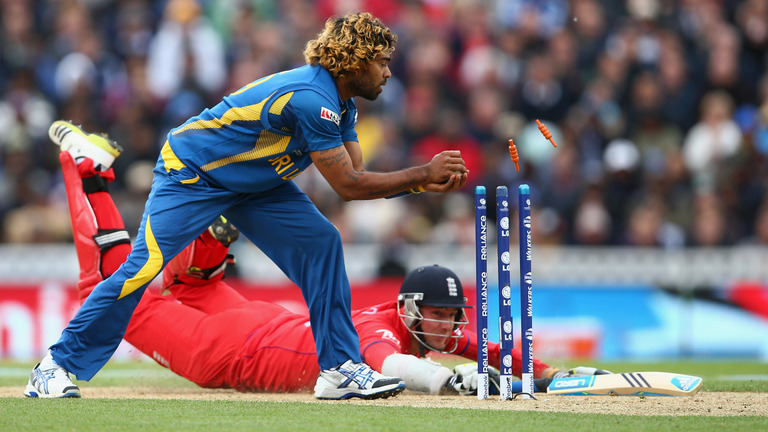 Peter Moores’ second game as England’s head honcho since his return to the fold ended in defeat against the World T20 Champions, Sri Lanka at the Kia Oval in London. Moores’ return to the international scene saw his England side beat neighbours Scotland in a rain affected one day international.

The former Lancashire coach handed T20 debuts to Michael Carberry and Harry Gurney, who had only one international appearance to his name before this. There was no room for Worcestershire talisman Mooen Ali and experienced pace bowler Tim Bresnan. Called up to play was the always reliable Ian Bell, who was making his first T20 appearance for England in nearly three and a half years.

For the T20 World Champions, there was no Mahele Jayawardene and Kumar Sangakkara as they retired after their T20 triumph in Bangladesh. The man who guided them to this success is a man who also left, Paul Farbrace. The former head coach Farbrace helped them win the World T20 and Asia Cup in 2014 before joining the England coaching set up to become the assistant coach.

England won the toss and elected to field. Sri Lanka made the perfect start to their innings as Sri Lankan legend Tillakaratne Dilshan hit a four off the first ball at the expense of Joe Root. The Sri Lankans went on to score 24, before debutant Gurney made the breakthrough by bowling Dilshan for just ten runs. The next over saw Chris Jordan take the wicket of Kushal Perera for ten as his shot went straight to Ravi Bopara who caught with ease.

After eleven overs, Sri Lanka were on 85-4 as debutant Kithuruwan Vithanage scored 38 before being caught by Michael Carberry, and Danish Chandimal scored only 7.

After fifteen overs, Sri Lanka were struggling at 122-5 after Angelo Mathews was caught at the boundary by Joe Root, off the bowling of James Tredwell.

England’s early work to get the visiting sides score as low as possible came undone when Thisara Perera joined the crease. Sri Lanka went on to smash an extra sixty runs off just fives over thanks to the likes of Lahiru Thirimanne, Kithuruwan Vithanage and the dangerous Perera. Thirimanne scored 40 from 55, T20 debutant Vithrange scored 38 from 28 balls and Perera smashed 49 off just 24 balls, before run out on the last ball trying to reach his half century. Sri Lanka finished on 183-7 off their allotted 20 overs.

England’s run chase started badly as opener Michael Carberry was dismissed for just 7 after being caught by Nuwan Kulasekara off the bowling of Angelo Mathews. Many of the England failed to test the Sri Lankan field and these men were; Ian Bell, Joe Root and captain Eoin Morgan.

The saving grace of the English innings was Alex Hales. The 25 year old, who recently spent a month on loan at Worcestershire, was the top scorer of the entire evening, scored an impressive 66 off 79 balls before being cleaned bowled by the king of death bowling, the Sri Lankan skipper Lasith Malinga. The last time Hales played again Sri Lanka, he made history by becoming the first person to score a century for England in T20. He was joined by wicketkeeper Jos Buttler who scared 26 runs off 17 balls, before hitting a full toss bowl towards the boundary and Dilshan caught the ball.

With England needing 26 from the last over with Ravi Bopara and Chris Woakes at the crease after Lasith Malinga bowled Chris Jordan for 5. Bopara started well hitting a six and a four leaving England to need 12 off the last 2 balls. Unfortunately for England, Bopara didn’t get those runs and the visiting Sri Lankan’s won by 9 runs.

Sri Lanka will be happy with how they dominated the game with bat and ball. For England, it was a disappointing display with no real conviction with the bat bar Alex Hales and Harry Gurney was impressive with the ball. This game showed what was the real issue was for England; they have a clear lack of aggressiveness. Every nation have at least one player who can easily hit the ball out of the park every game, whereas England in the one day and T20 game don’t have that.

Their next encounter is on the 22nd of May in a One Day International match at the Kia Oval.