Portugal win against Ghana but its not enough to send them through. 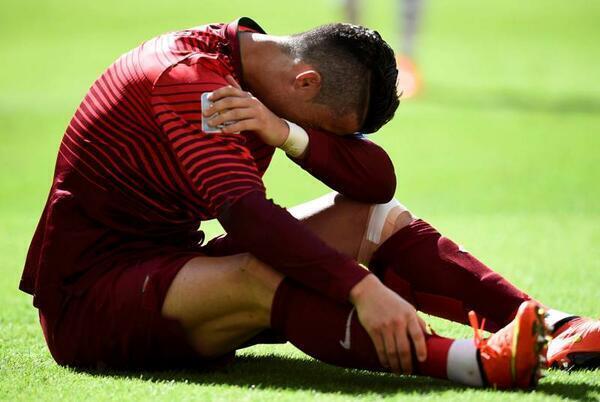 The game began in difficult circumstances for Ghana as they saw Kevin-Prince Boateng and Sully Muntari sent home for ill-discipline. This came after the Ghanaian government flew £1.8 million to Brazil after the players demanded the money not be put into their bank accounts. The group of death has proven to be arguably the most entertaining group of the tournament and heading into the last day of matches all four teams had a chance of making it out of the group.

The first half of the game was dominated by the Portuguese and Cristiano Ronaldo looked determined to drag Portugal through in a similar manner to how he got them to the finals against Sweden. He had two of the best chances of the match; the first came from what could well have been a cross but it hit the bar and the second came from a header on the edge of the six yard box but the Ghanaian keeper saved superbly. The Portuguese finally took the lead through an own goal from Boye. Gyan leveled the scores 12 minutes into the second half and the build up saw possibly the pass of the tournament thus far with Asamoah marauding down the left flank and putting in a teasing cross that was dispatched by Gyan, and in the process made him the highest scoring African at the tournament.

The first chance of the game came when Cristiano Ronaldo saw a right footed shot from outside the box saved. Cristiano Ronaldo got a  header from the centre of the box but once again he was unable to beat the keeper. Asamoah Gyan had Ghana’s first effort of the game; a right-footed shot from the centre of the box was saved as he hit it straight down the middle of the goal. The action then went straight up the other end and within 30 seconds Eder saw his  header from the centre of the box go wide of the goal. If the first half was mainly Portugal in the driving seat then the second half saw Ghana exert more of a presence on the game but Portugal were able to exert all their attacking potential on the game and they deservedly won but if it hadn’t been for Dauda Ronaldo would have scored a hat-trick. Nani showed the world what he was capable of doing when he put in a teasing cross but Ronaldo again saw his attempt thwarted by Dauda and the heavy defeat against Germany proved to be the nail in the coffin for Portugal.