Nico Rosberg Coasts to Win as Ricciardo is Disqualified 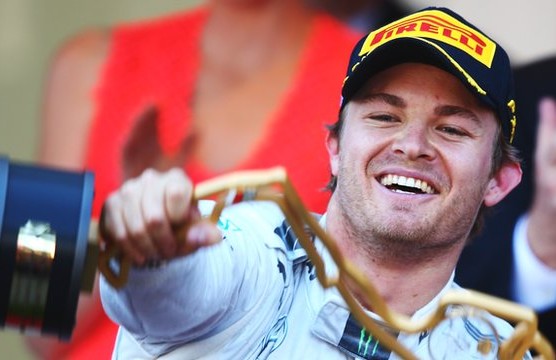 Mercedes confirmed their tag as season favourites with a win for Nico Rosberg at the Australian Grand Prix as both Lewis Hamilton and four-time world champion Sebastian Vettel feature in a long list of retirements.

The Mercedes driver won by over 20 seconds leading from Red Bull driver and crowd favourite Daniel Ricciardo, who was extremely impressive during his first race with the world champions. Rosberg’s Mercedes team mate, Lewis Hamilton only managed to last three laps into the race before an engine failure caused him to drop back in the field before being told to come into the pits where they retired the car.

Behind Daniel Ricciardo, Kevin Magnussen finished third and gave the Australian a run for his money in the battle for second place throughout the race. The young Dane was extremely impressive during his Formula One debut and became the first ever Danish driver to finish on the podium, as he fended off his McLaren team mate Jenson Button.

Fernando Alonso was unlucky not to finish ahead of Button as he held onto the position until the last round of pit stops, where he lost the position in the pits as Button jumped him. He finished ahead of Williams driver Valtteri Bottas who had a great day behind the wheel finishing in sixth. Although it wasn’t all plain sailing for the Finn as he hit the wall on the exit of turn 10 earlier in the race which lead to him breaking a wheel and triggering a safety car period. The Finn dropped back to 16th during this period and did extremely well to fight his way back up the field to finish in the points. The sixth place finish means that Williams have now scored more points this one race, than they did for the whole of the 2013 season.

Force India’s Nico Hulkenberg had an impressive start to the race, as he was up to fourth position after the first lap. Sadly he could not hold onto to the position and dropped down the field throughout the race to finish in seventh. A good result for Force India considering their other driver Sergio Perez did not finish within the points, he just missed out with a 11th place finish.

Rounding off the points we had Kimi Raikkonen, Jean-Eric Vergne and Daniil Kvyat with the young Russian driver replacing Sebastian Vettel as the youngest ever driver to score points in a Formula One race.

A special mention goes out to cult favourite Max Chilton. The Marussia driver who famously became the first rookie driver to finish all the races of a season in 2013, extended his streak to 20 out 20 finishes with a 14th place finish.

Later after the results of the race, it was discovered that Daniel Riccardo’s car had a fuel flow irregularity which meant that the Australian driver would be stripped of his second place finish. Red Bull have since announced they plan to appeal the decision. With the new revised results, it now means that Sergio Perez has crept into the top 10 and McLaren secure a double podium finish.