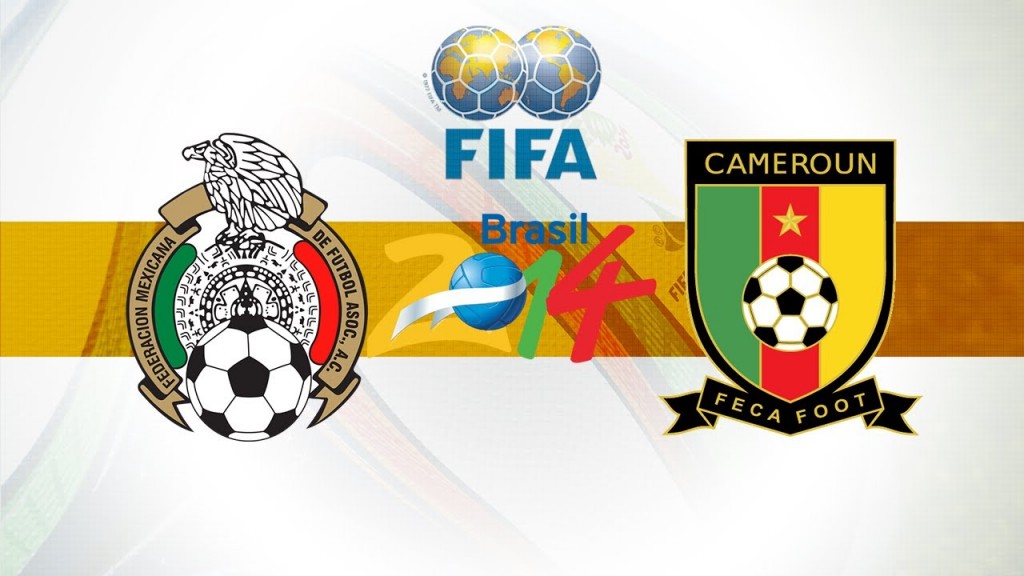 Mexico and Cameroon started their World Cup campaigns at the incredibly wet Arena das Dunas, and it was Mexico who picked up a vital three points in a group containing hosts Brazil and Croatia.

The North American side took the the lead fifteen minutes into the second half as a Giovani Dos Santos had a shot saved by Cameroon goalkeeper Charles Itandje but in form Mexico forward Oribe Peralta reacted quickly and tucked the ball into the net. The 30 year old, who has just became the most expensive player in Mexican history joining América, has been in fantastic form, scoring eight goals in his last six competitive appearances for his country before this game.

The biggest talking points of the first half were the officials. Mexico forward and ex-Tottenham Hotspur player Giovani Dos Santos scored two goals in the first half an hour but saw both of them judged to be offside unfairly, as the first goal he was in line with the Cameroon defence and the second goal saw a corner kick headed on by a Cameroonian defender before Dos Santos put it into the back of the net.

Cameroon nearly took the lead just before the Mexico goal as Tottenham left back Benoit Assou-Ekotto wrong footed the goalkeeper as his free kick deflected off the ball and just marginally crept around the post.

Mexico head coach Miguel Herrera confirmed before the game that Manchester United forward Javier Hernandez would not start due to his lack of goalscoring in recent games. Starting up front instead of him was Oribe Peralta.

Mexico easily deserved this win as it was a poor display from Cameroon in what was expected to be rather even game. It also means that Mexico have broken a personal hoodoo as before this game, they hadn’t won a World Cup game in their last five attempts. Cameroon have it all to do as they have to go up against Brazil and Croatia to qualify from the group stages.