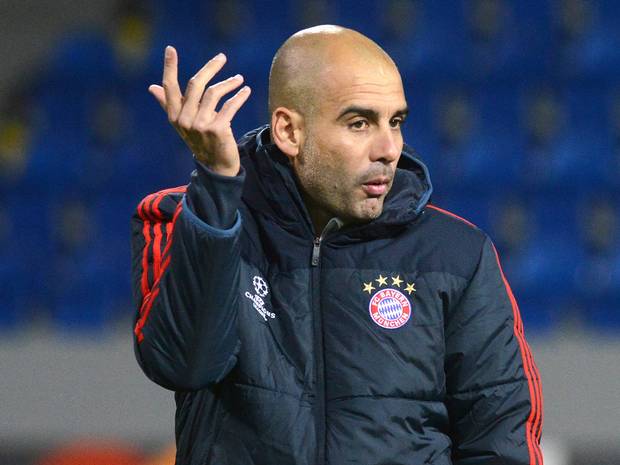 Pep Guardiola is a champion of the modern game – releasing a book about one of the most highly respected and successful men in world football can understandably be a daunting task.

For Marti Perarnau though, a relative veteran of Guardiola-oriented literature, having written a book on the Tika-Taka tinkerer before, is ‘very excited’ about his latest Guardiola book’s impending UK release.

Pep Confidential is the inside story of the former Barcelona superstar’s first season at the helm of FC Bayern Munich and marks the first time in the modern football era that a writer has been given such candid access to one of the powerhouses of world football.

As the book’s October 16th release date neared, Mr Perarnau told me of his unwavering excitement: “I had the same feeling of excitement when the book was published in Germany and in Spain. With each country it is published in, it seems as if it is a new book”.

Publishers, BackPage Press – who are co-publishing Pep Confidential with Arena Sport, an imprint of Edinburgh-based Birlinn – were equally buoyant regarding the latest addition to their catalogue: “We’re very excited. It is an incredible achievement for a writer to be granted such a level of access but also to pull it off with such skill”.

They went on to add “This is arguably the greatest football coach in the world laying out his coaching manual in great detail. If there is any justice, Pep Confidential will be a huge book not only for readers but people within football”.

Mr Perarnau had only met Guardiola once, four years ago, prior to writing this book and detailed how the help of a good friend as well as a little bit of luck enabled him to embark on this project.

“I am very good friends with Manel Estiarte, his assistant, and I informed him that I was going to write a book about Pep’s first year at Bayern. By then, they had already decided that, for once, they would make an exception to their privacy”.

“It was at that moment, I appeared. It was a coincidence – luckily for me. Even then, I had to earn the confidence of Pep day by day.” He added.

Perarnau pointed out that one of his main inspirations for writing the book was “wanting to know, in depth, the true Pep, who is very different from what is said about him”.

It didn’t take the Spanish writer long to decide that Guardiola was who he wanted to be the topic of his latest literary piece, describing how he decided instantly on the day Munich announced him as their new manager.

He said “I was thinking of some ideas for a new book when I heard the news and I thought that this could be a good idea: A great coach like Pep at a great club like Bayern”.

Despite relocating to Munich for a year to fully focus on the challenge that lay in front of him, Mr Perarnau spoke of how he enjoyed the task that lay ahead of him and how much he appreciated the opportunity Guardiola had given him.

“It’s been a fun year but also very stressful. Particularly stressful because I had to pick out all the details and remember the conversations to write. I always tried to be honest and show the trust and generosity Pep had shown me”.

Understandably, with Guardiola being one of the game’s great tacticians, getting to grips with his instructions on the training pitch is difficult – Mr Perarnau characterised this as one of his biggest challenges.

“The challenges were to understand Pep’s technical explanations, stay focused, not to miss the details of what happened and try to remember all the details in order to write them down. There was no chance to relax”.

As grateful as he evidently is for the opportunity, Mr Perarnau seemed slightly melancholic when discussing his next project: “Now begins a big problem. Pep Guardiola’s character is fascinating because it is rich in nuances – he is not just a great coach. Now what? It is the question that I ask every day”.

However he ended by pointing out that he had “several ideas” but was still yet to make a decision on which one to pursue.

Publishers BackPage Press, however, were clear on where their next book was coming from: “We have a book on the Hungarian legend Ferenc Puskas out next year, which we’ll be releasing more details of soon”.