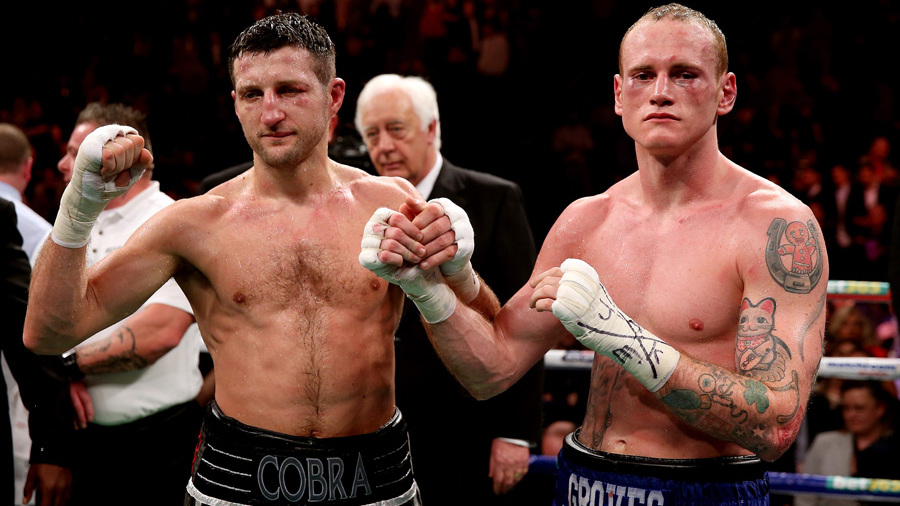 Super-middleweight champion Carl Froch has been ordered by the IBF to face George Groves in a rematch of their controversial November bout within the next 90 days.

Froch, who could be stripped of his IBF title should he decide not to award Groves the rematch, was knocked down in the first round of the original bout for only the second time in his career.  However, the Nottingham man climbed off the canvas and rallied back to stop Groves in the ninth round with the help of a heavily contested decision from referee Howard Foster.

The IBF’s decision to order the all-British rematch came after George Groves made an appeal to the governing body.

“After a review of the information presented to the panel, it has been determined that there was inappropriate conduct by the referee that affected the outcome of the fight. Based on the foregoing the IBF is ordering an immediate rematch between Carl Froch and George Groves”, the IBF ruling read.

The disappointing end to such a spectacular fight left boxing fans around the world seething and desperate for a rematch but according to Froch’s promoter Eddie Hearn, the WBA and IBF champion is keen on a Las Vegas showdown with Mexican, Julio César Chávez Jr, which is very close to being agreed.

For that to happen however, Chavez must first get past Brian Vera when they clash for the second time in March after Chavez was given a controversial decision in their first bout.