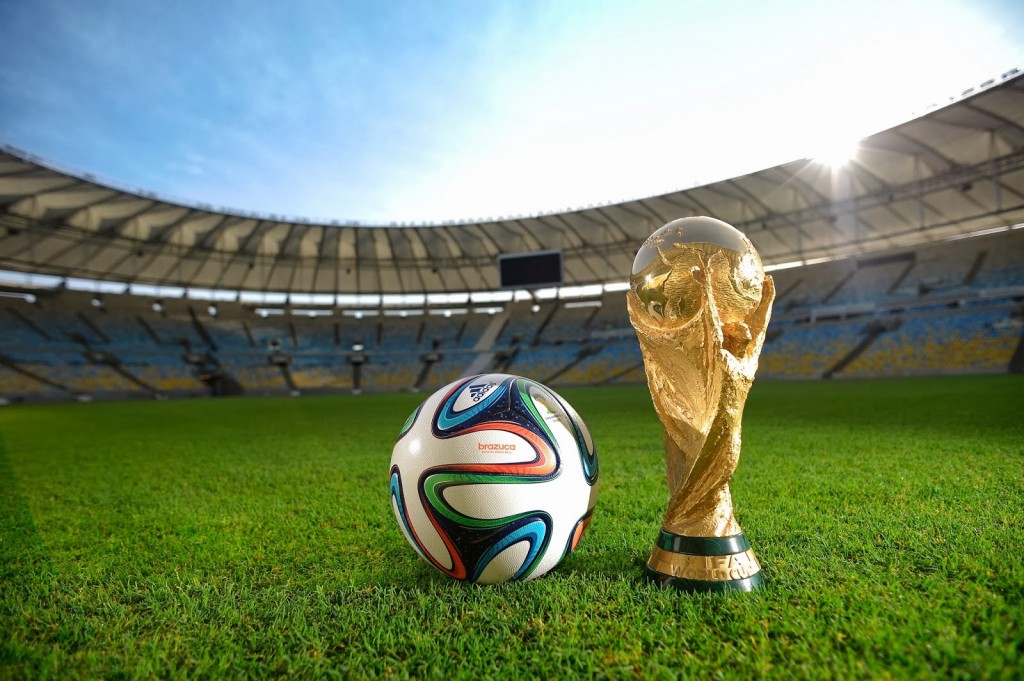 Well the 2014 FIFA World Cup is almost over; tonight, after Germany have their chance to become the first European winners in a South American World Cup when they face Argentina it’ll be adeus to the World Cup until we reach Russia in 2018. Before the dust settles though, we thought it only right that we take a few hundred words to appreciate some of the players who have lit up this year’s tournament. Read on to find Fortitude’s team of the tournament!

Read on to find a bit of a more in-depth look at why we picked who we picked!

What more can we say about the Bayern Munich stopper? At 28 years old he is every bit as good as any German keeper that has preceded him; without doubt he is the best keeper in the world at the moment. We can talk about his general goalkeeping ability all day long but what is most impressive about this man is arguably not the obvious thing. Most would point to his athleticism or his size or his reflexes as being his most impressive attribute and very strong cases can be made for each of those factors. What I find most impressive, however, is that whereas most goalkeepers control their penalty box, when Germany are on the attack, Neuer controls about 40 yards worth of the pitch playing in the role of a sweeper that has become a really powerful tool for Germany and Bayern Munich alike over the last year or two. The speed with which he recycles the play for his side is also something that adds a huge amount of value to the super-talented stopper.

When Lahm was played in the holding role, that he has adopted (rather excellently) over the last year for Bayern Munich, Germany looked more than capable going forward but looked somewhat lacking at the back as Mustafi wasn’t quite able to fill his captain’s massive boots at right-back. Ever since he’s been moved back to his other adopted position at right-back (remember Lahm played for years at left-back), the Germans have looked like a much more solid all-round unit. You could look at Blind in this tournament in a similar manner; he was instrumental in Holland’s destruction of Spain in the opening game and played a big role in the group stages. For the knockouts though, Van Gaal moved him to centre-back instead of his earlier wing-back role to accommodate Dirk Kuyt and Holland never had quite the same attacking impetus down that flank for the remainder of the tournament, until he was moved back to that position for last night’s playoff and the Dutch looked themselves again. They say you don’t realise how much you miss things until they’re gone; these two full-backs are prime examples of that.

Considering the issues with fitness that Hummels has had in the last season in particular, he seems to be playing to a better standard than he ever has, and that is no mean feat! His performance against France was outstanding, fighting his way past (our honourable mention) Raphael Varane to score the winner before putting in a great effort to stifle the free-flowing French attack at the other end of the pitch. Thiago Silva has put in a performance of a similar ilk; had he been there in the semi-finals it could’ve made all the difference as he was the one commanding influence in that Brazilian defence and without him they looked completely lost. He made a mistake at the start of the game last night which should have seen him sent off but otherwise he has had a great tournament and without him Brazil would have probably dropped out sooner!

In truth, any one of the Kroos, Khedira or Schweinsteiger could have made this team but we opted to only go for one and that one is Schweinsteiger. He struggled for fitness coming into this tournament but hit form at the perfect time to guide the Germans through to the final. His prowess in the middle of the field for the Germans has been instrumental to his side’s progress; check out his performance alongside Khedira in the semi-final if you want an indication of what he can do if you let this guy play his game. Mascherano has just been immense; Argentina’s most important player behind Messi most probably. To say he tore himself a new one for this team (apparently) isn’t an understatement, such is this man’s commitment to his country – never one to shy away from a challenge, his work ethic and ability to stick a foot in will be crucial if his side is to win the World Cup tonight!

Scorer of arguably the goal of the tournament and someone that I think everyone will have enjoyed watching, James Rodriguez has been absolutely phenomenal in this tournament. It took a Brazilian assault to slow the man down and, even having lost chunks of his legs thanks to the ferocity of the likes of Fernandinho, that didn’t stop him as he still managed to grab a large return of goals and a Golden Ball Nomination – hopefully we’ll see a lot more of this guy’s talents in the Champions League this year! Robben equally had an excellent tournament; despite a below-par performance in the semi-final against Argentina, the Bayern winger has asked a lot of questions of every defence he’s faced in the competition and was instrumental as the Dutch just missed out on their second final appearance in a row. We won’t see him at Manchester United next season apparently but I’m sure after this run of performance there’ll be a lot of people going out of their way to see him play for Bayern.

I cannot understand why this guy gets so much criticism, I really can’t. When this guy grabbed 80+ goals in a calender year I don’t think people realised what a feat that was and have just expected that absurd level of performance to be continued ever since. He’s scored four goals in this tournament so far (terrible, right!) but without him the Argentinians might not have even made it out of the group stages. He’s definitely continued his trend from the end of the Barcelona season by finding himself playing a bit deeper than he usually might and this has made it a bit more difficult for him to get forward as much as he’d have liked but surely that makes the four goals he’s got that bit more special if nothing else right? The final is on tonight and should he find his best form (despite his obvious tiredness) and guide his side to victory, hopefully the naysayers will take a step back and appreciate what an amazing talent we have on our hands here.

Calling Müller a striker isn’t quite correct because the guy plays absolutely everywhere; on the right, in the middle, leading the line he doesn’t have a consistent position – one thing that is consistent about him though is his form. He always plays to a very high level but there’s something about the World Cup that just gets this guy going: five goals and three assists so far in this tournament are the perfect reward for this man’s unbelievable work-rate. He’s only 24 years old so it is good to know that this guy is going to be blessing the world stage for years to come!

Of course, the World Cup is the pinnacle of football and most of the world’s best players have made it here but we only have 11 slots in our team so some of the other amazing performers at this tournament are inevitably going to miss out! Here’s who would fill out our subs bench!

I picked this guy out pre-tournament to be crucial for Costa Rica and he did not disappoint; what a talent between the sticks – I wouldn’t be surprised if some bigger teams started looking at this guy!

Not your archetypal tough-tackling Argentinian defender, Rojo has been a very good attacking influence for the South Americans but has done some pretty solid work at the back too!

Along with Pogba, this guy is likely to be one of the cornerstones of what will surely be a great French side that hosts Euro 2016 – he’s only 21; watch this space!

Who’d have thought this guy had barely played all season due to injury? A tireless, physical midfielder complimenting the skilful Kroos and Schweinsteiger, Khedira has had a great tournament and brings something unique to the German midfield.

He had a rather ordinary game against France but otherwise the seemingly Madrid-bound Kroos has been exceptional for Germany – he has a great career ahead of him!

He’s not quite replicated the stunning form he had for Real Madrid but he has done the business when it has mattered for his side. Check out their last-16 clash with Switzerland for Di Maria’s best performance as he made a right nuisance of himself before grabbing the winner right at the death!

Neymar deserves to be in this list just for withstanding the immense pressure on his shoulders. Factor in the four goals he scored and what his absence did to the Brazilians’ chances in the semi-finals and he’s definitely worthy of a place on our bench!

Do you agree with our selections? Who would make your team of the tournament? Let us know in the comments section below or via twitter! You can find us at @Fortitude_Sport