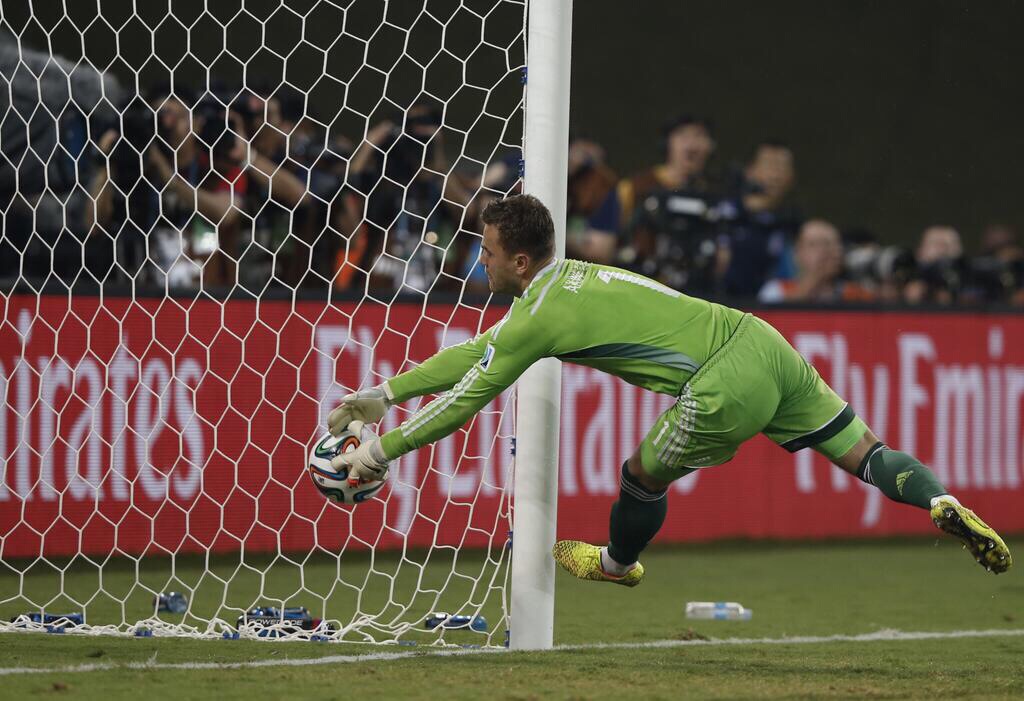 Russia vs South Korea was the second game of Group H and it was a battle of the youth of South Korea up against the more experienced Russians, who boast the oldest squad in the competition and all their squad play in the Russian league. South Korea lined up in a 4-4-2 formation with Son Heung-min at the peak of the attack and with 90% of their goals in qualification coming from inside the penalty area Fabio Capello will have known that stopping him could well prove to be vital to Russia’s ambitions in this fixture.

Russia lined up with a 4-3-3 formation. As previously mentioned, the Russians are managed by former England manager Fabio Capello (and is the highest paid manager at the championship) whilst South Korea are managed by Hong Myung-bo who was their captain at the 2002 World Cup where they reached the semi final.

A cagey opening few minutes came to life when South Korea nearly unlocked the Russians in the 9th minute, but nothing came of the move. Another chance for the Koreans came soon afterwards, but the shot was blazed wide – the Koreans looked comfortable just playing the ball around themselves.

The opening 20 minutes lacked the pace and energy that Korea had become famous for. Korea almost invited Russia onto them, looking happy to sit in their final third. The best chance of the first half came from a Russian free kick from Ignashevitch on 30 minutes as the momentum continued to swing in the Russians’ favour as Zhirzov blazed wide attempting to get his second international goal, but missed. The action then went down the other end and Korea, with a low drive from Koo Ja-Cheol earnt a corner, sadly, the delivery was poor and lacked any commitment. Son Heung-Min’s right-footed shot from outside the box was also hit high and wide to the right after being assisted by Park Chu-Young’s headed pass.

The second half started with much higher tempo from the Koreans. The first chance of the half came when Vassili Berezoutski came close with a header from the left side of the six yard box but narrowly missed to the left. The second clear cut chance of the half fell to South Korea as Lee Chung-Young’s header from the right side of the box looped just too high; it was South Korea’s half in the opening exchanges of the second period.

The star of Russia’s Euro 2012 campaign, Alan Dzagoev was introduced in an attempt to inject some pace into the Russian side who had, up until the hour mark, looked very sloppy and in the opening stages of his arrival he certainly helped inject some much needed pace.

So far the majority of the chances had been speculative long range efforts, something which neither manager was likely to be impressed with. However, the first goal of the game came when substitute Lee Keun-ho took a speculative shot from outside the area; the shot looked like it just required a routine save from Akinfeev but he uncharacteristically spilt the ball into his own net.

If being a goal down didn’t force Russia attack with more vigour and urgency, then surely nothing nothing would. Circumstances were perfect for the Russians to just that as well as, since taking the lead, Korea looked happy to keep the ball and play it around themselves. The game soon took a turn and Dzagoev sparked the Russians into life and helped create a goal-scoring opportunity which was astutely put away by Kerzhakov. Chaos in the Korean goal mouth was finally calmed by Kerzhakov firing home from the six yard box and an assist coming from Eshchenko.

After the goals the game developed a much more end-to-end flow, creating a very exciting atmosphere for the neutral and kept with the theme of poor defending that this World Cup had become famous for. As expected with the climatic conditions in Brazil water breaks were something of a feature, as was cramp amongst a lot of the players.

Also as expected from a team full of players who play in the same league, the Russians had good understanding on the pitch. Kokorin in the 88th minute had a fantastic chance to win the game and continue the theme in Group H of super subs, but he looped his header over the bar. Stoppage time saw Korea sit back and allow the Russians the initiative but Russia failed to show much in terms of penetration and the last chance of the game saw Kokorin play the ball across the six yard box only for Samedov to blaze over.