Colombia On Verge Of Qualification 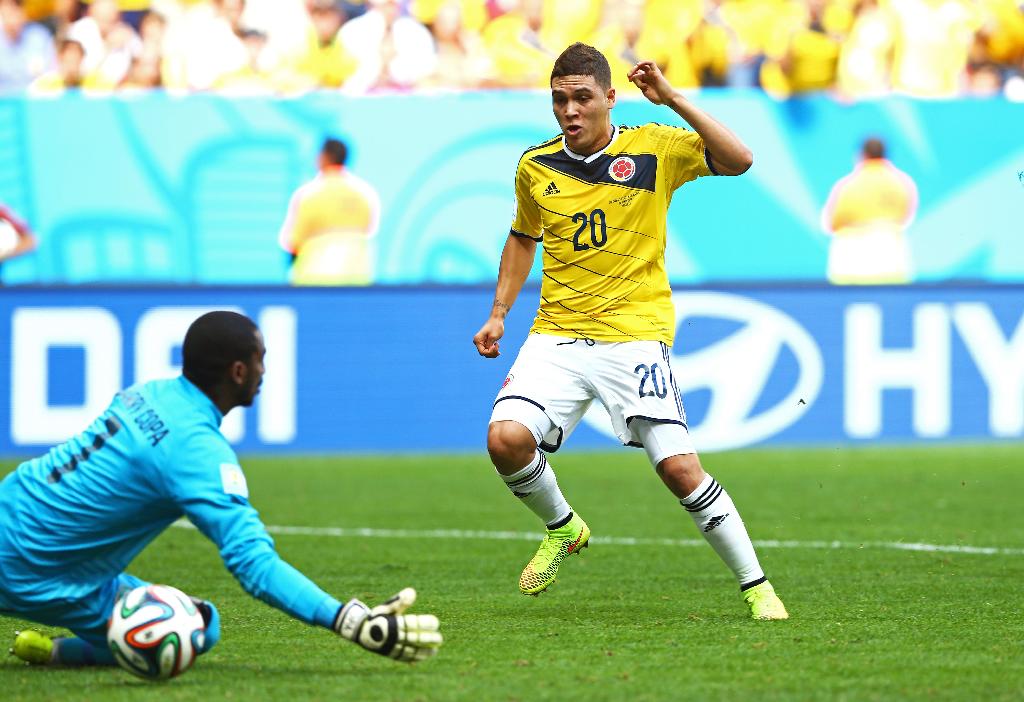 Colombia took the lead just after the hour mark as Juan Cuadrado corner reached the head of their star man James Rodriguez and the Monaco based midfielder beat Didier Drogba to the ball to make it 1-0 to the South Americans.

Just six minutes after the opening goal, Colombia made it 2-0 as Ivory Coast lost possession of the ball and Teo Gutierrez put Juan Quintero through who tucked the ball under the arms of the Ivory Coast keeper.

A ten minute goal frenzy continued as Roma forward Gervinho scored a wonderful individual effort to his side back in contention of getting a point back.

Before the goals came in, the Colombians stepped up their game as Juan Cuadrado’s half attempt was tipped onto the woodwork by Boubacar Barry.

The first half was a cagey affair with both sides battling with each other for possession in the middle, with Ivory Coast getting the slight majority. The goalkeepers for both sides didn’t really have to raise a muscle as there were only two shots on target, one from each team.

Both teams started off their World Cup campaigns as Colombia scored three goals on their way to a comfortable 3-0 win against a poor Greece, and the Ivory Coast scored two goals in the space of two minutes from Swansea striker Wilfried Bony and former Arsenal man Gervinho gave their side all three points against Japan.

The Ivory Coast squad has a wide range of experience with about half a dozen of them having played at least 65 caps for their nation. They also have three men who have played over a hundred times for them and those men are; Liverpool defender Kolo Toure, former Tottenham midfielder Didier Zokora and skipper and former Chelsea legend Didier Drogba.

During this World Cup, we’ve seen the best sides of the players emotions, and this game was no different. During the national anthems, Ivory Coast wide man Serey Die was in tears during his nations anthem and it has shown to fans around the world how much this means to them being in Brazil.

To be polite to the men involved in this game but for about an hour, this game wasn’t majorly exciting. But when the first goal occurred, the game picked up and both sides went for the win more. Colombia now need just one point from their game against Greece to qualify to the second round.