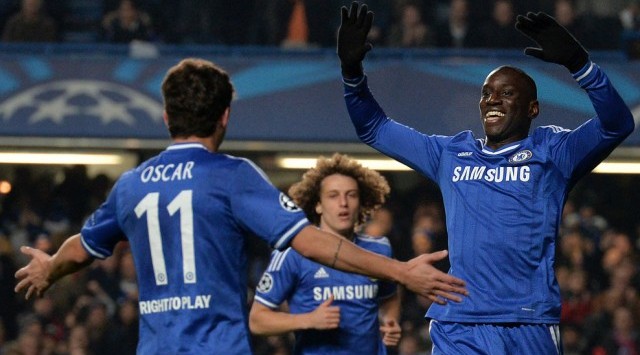 Jose Mourinho’s Chelsea have knocked big spending PSG out of the Champions League with a thrilling 2-0 win at Stamford Bridge to take the West London club through on away goals. Meanwhile, Real Madrid held off a spirited Dortmund fightback as they lost 2-0 but progressed 3-2 on aggregate.

Chelsea, who were trailing 3-1 from the first leg in Paris, had an uphill battle if they were to go through against a Paris Saint-Germain side who have spent €350m on their squad in recent years to try and replicate the same levels of success as other teams in Europe that have the same sort of financial muscle. The Blues were always in with a chance however, having won 11 of their last 13 home Champions League games, with the only loss coming against FC Basel in the group stages of this year’s competition.

Chances were few and far between in the first half for both sides, as both teams knew that the first goal would be pivotal in the tie. 12 minutes in, Chelsea suffered a blow to their chances of progression as leading goal scorer Eden Hazard came off nursing an injury. He made way for Schurrle, who made an immediate impact on the game causing the PSG defence all kinds of problems.

The Chelsea pressure finally paid off in the 37th minute when a long throw into the box was flicked on by David Luiz, landing perfectly for substitute Schurrle, who caught the keeper wrong footed to slot the ball into the back of the net, giving Chelsea the lead on the night and putting them in the driving seat for the rest of the game. Cahill had a chance to put Chelsea 2-0 up but his snap at goal floated harmlessly wide giving PSG room to breathe.

The second half saw Chelsea pile on more pressure with a flurry of chances, which saw two efforts smash off the crossbar within minutes of each other. Goal-scorer Schurrle beat Sirigu with a shot from the edge of the box only for it to leave the upright shaking as PSG were counting their blessings. The second chance came as Oscar whipped in a free kick to see his effort bounce off the bar, although Sirigu seemed to have this one covered.

Needless to say PSG had a few chances of their own, the best of the lot coming to Edison Cavani. The Uruguayan striker beat his marker only to smash his shot straight over the bar. Soon after, another chance fell to the striker as the ball was floated into the Chelsea box, this time he was beat to the ball by the defender.

With time running out, Mourinho brought on Demba Ba in place of Frank Lampard as he looked desperately for the goal that would send his side through. His patience paid off as in the 86th minute Ba picked up a deflection and lifted the ball over PSG keeper Sirigu. Mourinho showing glimpses of his Porto days as he sprinted down the touchline to celebrate with his players.

PSG pushed for a late goal to send them through but Chelsea held on to complete the comeback and to book themselves a place in Friday’s semi-final draw.

Meanwhile in Germany, Dortmund attempted to complete a comeback of their own. Already trailing 3-0 from the first leg and with star striker Lewandowski back from suspension, Jurgen Klopp’s men had it all to do. With the memories of their 4-1 win against the same opposition in last year’s semi final, Madrid were wary of Dortmunds ability to score.

They almost got off to the worst start imaginable as Real Madrid earned themselves a penalty. A cross from Fabio Coentrao was seen to bounce off Piszczek’s trailing hand, handing Madrid the perfect opportunity to put the tie to bed. Unfortunately for the Spaniards, Angel Di Maria’s saw his penalty saved by ‘keeper Roman Weidenfellar, keeping Dortmund’s chances alive.

Midway through the first half, the comeback began as Marco Reus put Dortmund ahead on the night. A poor header from Pepe put the German through on goal as he slotted the ball past the ‘keeper.

Reus put the home side two goals to the good as he scored his second of the night. Robert Lewandowski’s shot cannoned off the crossbar and fell into the path of Reus who put the ball away after the second time of asking. Mardid manager, Carlo Ancelotti was hoping lightning would not strike twice as only one side have overturned a three goal deficit when Deportivo La Coruña beat Ancelotti’s AC Milan side in 2004.

It almost did however. Deep into the second half Mkhitaryan was through against Casillas, taking the ball around the ‘keeper and a third goal looked certain but the Dortmund man could not hit the open goal as he saw his shot bounce off the near post.

Chelsea and Real have secured their places in Friday’s semi-final draw and will be joined by the winners of Bayern Munich v Manchester United and Atlético Madrid v Barcelona.