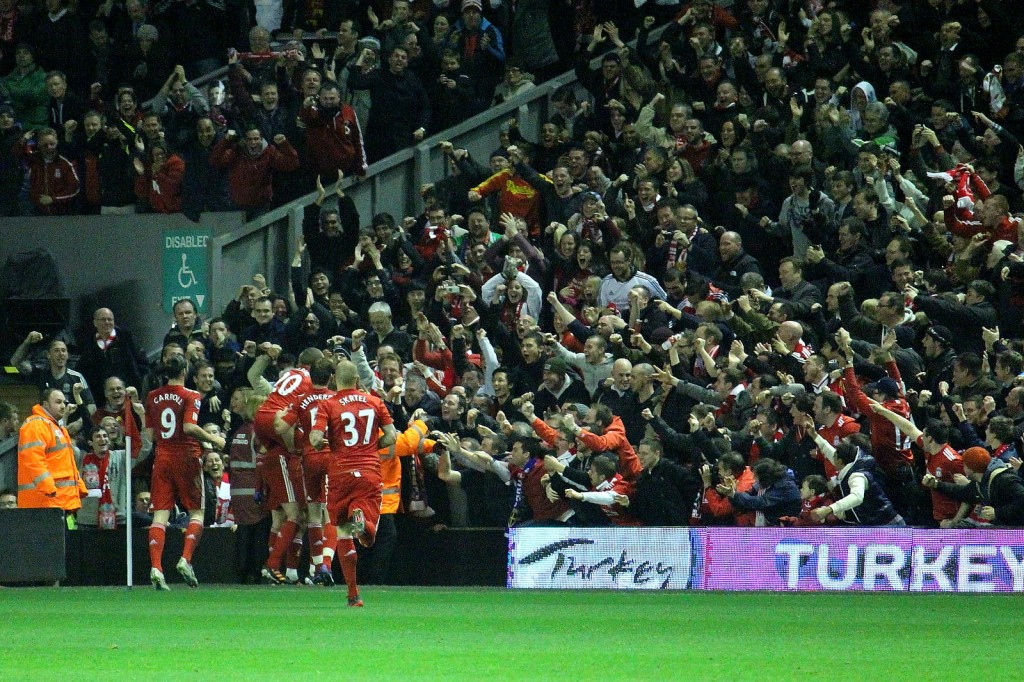 The derby game is one of British sport’s most anticipated events. The tensions start early – weeks in advance of the big day – and can cause a certain amount of friction in workplaces. It has even been known to divide the odd household or two.

Nothing can beat the tension before kick-off, and nothing is worse than the day after if you lose. Here are the four biggest derbies in British football.

Although the rivalry between Manchester Uts and Liverpool may have the edge in sheer hatred, there is no doubt that the Manchester derby is getting spicier by the season. The red half of the city are always keen to spout off their claim of being the world’s most-supported team. The sky blue half loves to state they have the biggest support in the city. Whether either is true is anybody’s guess.

Can I Get Tickets? Probably not, especially if you want to go to Old Trafford to see the game. There is a huge waiting list for season tickets with United, and their global appeal means that spare tickets are snapped up by tourists with very deep pockets.

Tottenham have long been in Arsenal’s shadow, but things are getting closer in recent years. North London derbies are fierce, loud and exhilarating, and no matter how much further in front of Spurs Arsenal are, the games are usually pretty close affairs.

Can I Get Tickets? Maybe. Try ticket resellers such as ticket4football. You will pay more than the face value of the ticket, but without membership you will be hard-pressed to find another way.

Liverpool vs Everton. It’s an odd one. The city of Liverpool is divided into red and blue, but spirits between the fans rarely veer into troubled territory. The friendliness and respect on the terraces is not replicated on the pitch, however. In fact, it is more like a rugby Six Nations clash. The Merseyside derby has had the most red cards issued of any fixture in Premier League history.

Can I Get Tickets? If you know someone with a season ticket. Season ticket holders are often given first refusal on buying an extra one for particular games. Your friend will have to move fast, though.

Ah, the Old Firm. Such memories. The fate of Glasgow Rangers means that this once awe-inspiring event takes place very rarely now. For year of after year, the two Scottish giants would battle it out at least four times each season, and it was often the victors of the derby games that would lift the title. But with Rangers stripped of almost everything, it is now a rare occurrence. No doubt they will be back, and the return of the greatest fixture on the British football calendar will be back to its bristling, bracing best.

Can I Get Tickets? Now games between the two Scottish giants are so sporadic, it is very unlikely. Your best bet is to wait until Rangers climb the leagues again. Mind you, even then, this raucous encounter will be hard to get to see.