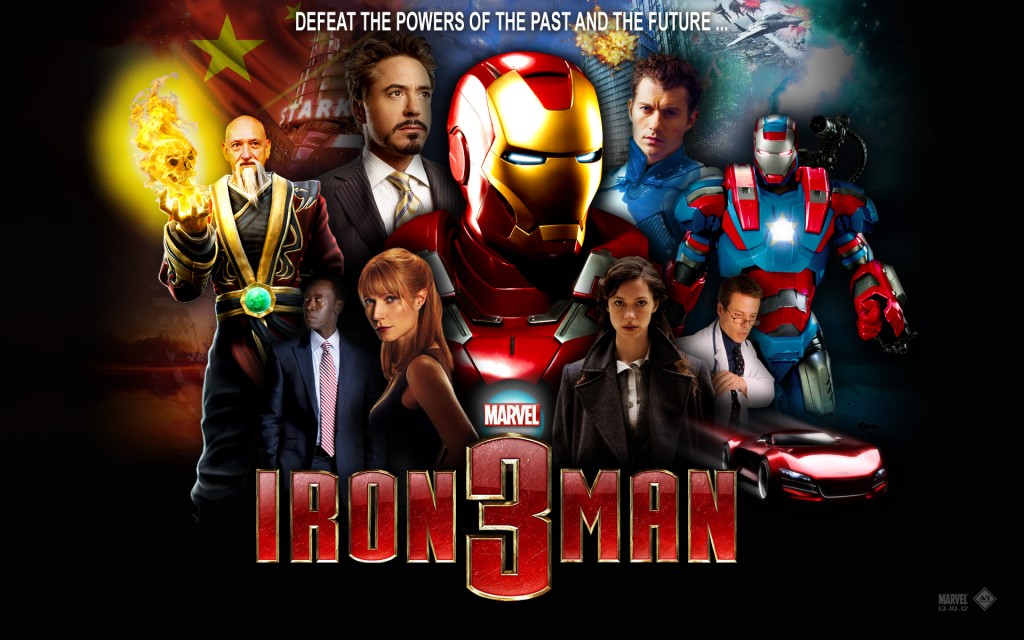 As Marvel Studio’s master plan continues, Robert Downey Jr’s ever popular Iron Man is given a third solo outing. The first film of Phase 2 leading up to the Avengers sequel in 2015 brings with it a brave change to the Iron Man and Marvel films we’ve all been used to.

Tony Stark tries to come to terms with the events of The Avengers whilst having to deal with a new threat in Sir Ben Kingsley’s Mandarin, a terrorist hellbent on sending  the President ‘lessons’ through the means of various attacks.

With director/writer Shane Black taking over from Jon Favreau (who still appears as  hapless bodyguard Happy Hogan) it’s certainly a brave and slightly dangerous move for the franchise. Whilst Black’s previous works have been critically acclaimed and are  classics, his take on Iron Man seems somewhat odd. Definite hints of Kiss Kiss Bang Bang can be found from the very beginning as Downey Jr begins to narrate. This is made clearer as the  film progresses, with Blacks usual humour seen throughout the script.

A word of warning must come attached to Iron Man 3. This is quite unlike any previous Marvel film you’ve seen before. it’s clear that Black’s representation of Stark is still very much the same as the ones we’ve seen in previous films, however there’s something different this time around. Tony has become a somewhat broken man since the events in The Avengers which gives  Robert Downey Jr the chance to play the role darker than before. Black tries to juggle this with a whole host of set pieces and as many explosives as possible which unfortunately slightly lessens the interesting aspect of Starks character.

If this were not a Marvel film it would be quite a satisfying watch with great gags and impressive set pieces throughout. However because it is a Marvel film it almost stands out like a sore thumb mainly in the middle and most of the last act. This is sure to have you wondering what on earth could be in store for the rest of Phase 2. Will Marvel completely change the tone this time around or is this a one off?

The final scenes thankfully save the film from being such a huge disappointment to being a good two hours well spent, as Black brings the story round to a most fitting ending which doesn’t dwell too much on the conclusion of Phase 2 but instead will leave you in anticipation for the rest of the story leading up to it. And of course, as ever there is the obligatory post credits sequence which any fan of Avengers will want to stick around for.