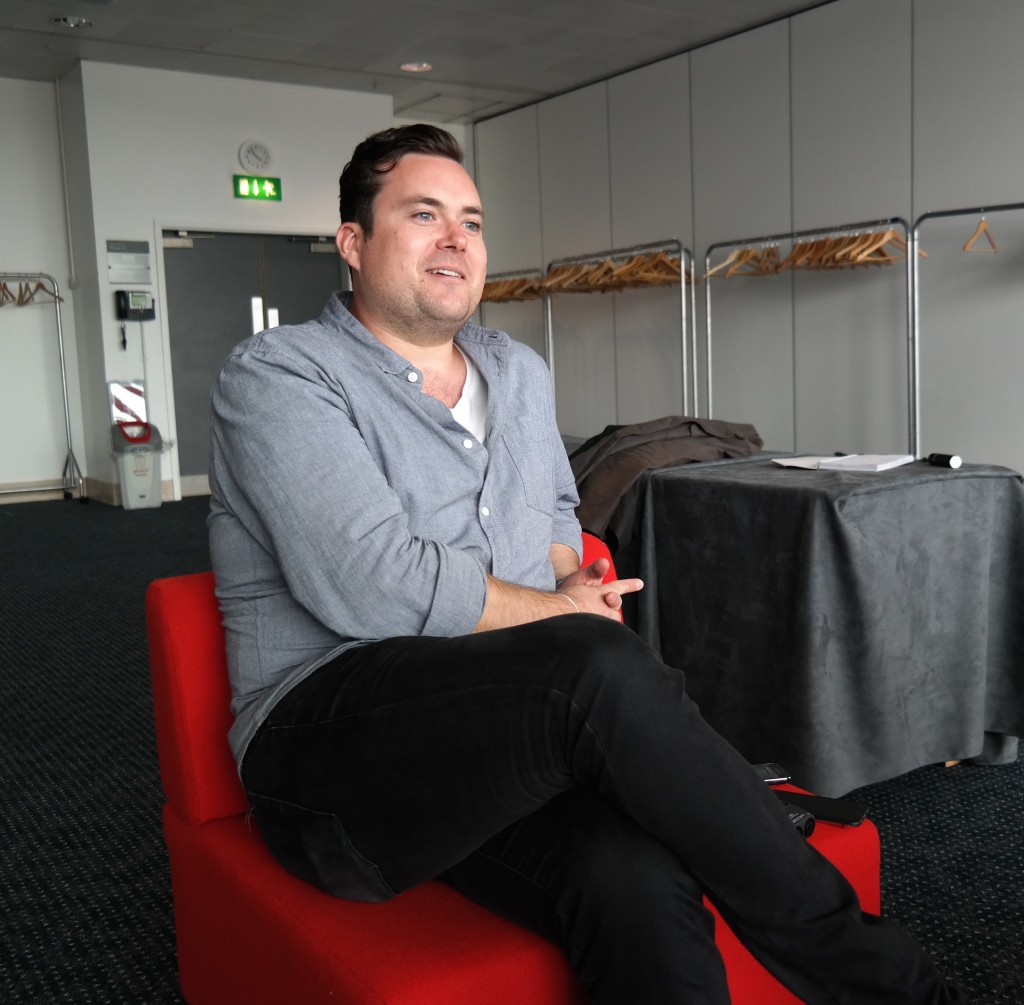 At MCM London ComicCon, I got a chance to sit down with Orphan Black’s Kristian Bruun – who plays Donnie Hendrix in the show – and get a few questions answered.
End of Season 2 spoilers are included.

So now that Donnie is more of a part of Clone Club, does that mean we’ll see him interact with more of them this season?

I think it’s safe to say yes you’ll see some more interaction. That’s the fun thing when you know on Orphan Black that when you join Clone Club, then you know you’re going to get some more time with some of the other clones out there. Or at least there’s the possibility out there for that.

How about with the CASTOR clones?

They are scary, those bastards. They’re very intimidating – they’re the source for a lot of excitement and a lot of action in the show, so I’m going to leave that answer blank.

At the end of last season, the big twist was Ari Millen’s character being a clone. So what would you have done if they’d decided to make you a clone instead? How would Alison have reacted to her husband being a clone?

She would not be able to take it in, that’d be terrible. She would just be completely overcome by multiple Donnies (laughs). Multiple Donnies – that just sounds so awful. There’s only one Donnie Hendrix, come on, only one person could be that much of a schlub (laughs). It would be interesting to see what clone Donnie would be like – the different versions. There’d probably be like a badass secret service version, one which somehow gets everything right (which is definitely not like the regular Donnie). If I’d found out I was a clone, I probably would have freaked out then been really excited for all the crazy possibilities.

At the end of the day, what’s amazing about Season 3 more than any other season, is there are so many characters now. We’ve doubled the amount of clones by having these male clones – this wolf pack – and yet with the same amount of episodes and the same amount of time in a season we explore deeper into the lives of Tatiana’s LETA clones and we explore deep into Ari’s CASTOR clones, AND all the auxiliary characters get a lot of time as well to flesh things out. So somehow they managed to cover everybody this season, which is insane. It’s the most economic writing ever; I can’t believe they accomplished it.

How do you think you’d fare as a monitor?

I’d be excellent as a monitor, come on – are you kidding me? (laughs).

I think I’d actually be a pretty good monitor. I went to military school in the states for high school – Valley Forge Military Academy – and I was actually going to join the army before I got into acting so I’ve always been a big fan of spy films, of action films, and military films. Who am I kidding; I’d probably be terrible. I like to talk a big game but anytime I try to do anything cool I always trip and fall flat on my face so yeah, I’ll just be honest – I’d probably be a terrible monitor. I’m not nearly as badass as I wished I was.

Yeah I’m the only other actor to play one of Tatiana’s clones.

Yeah, she does a lot of impersonations of her own characters

She got to do a bit of Donnie – so it’s Tatiana playing Alison playing Sarah playing Donnie. If there isn’t an award for that there should be.

Do you get jealous of the amount of different characters that she gets to do? Would you like to do more impersonations?

When you see how exhausted Tatiana is at the end of the season, you don’t wish that on anybody. I’ve never met someone who works so hard, who has such a relentless schedule in terms of film work plus press on the weekend and photo shoots and other things, plus just the amount of work she has to do with a script. It’s not like she’s just another character each episode, she’s learning five or more parts per episode, so that’s five times the work of any regular normal actor out there. It’s absolutely insane and unheard of how busy she is, and I think in season one she was in practically every single scene of the whole season, it’s absolutely insane.

Do I get jealous of her? Sure, I mean any actor would love to opportunity to play so many roles and really get into a meaty part like that – doesn’t mean that every actor can do it. She certainly can, I don’t think there are that many people out there that have the ability to do it – I don’t know if I’d have the ability to do it, but she never ceases to amaze me – and the critics, and everybody else who watches the show. They broke the mold with that one – she’s amazing.

Orphan Black’s currently in its third season (renewed for a fourth), with an unfortunately unknown date for when it’ll air in the UK.