Interview: TYLER OAKLEY – “I wanted to do something that small towns would enjoy” 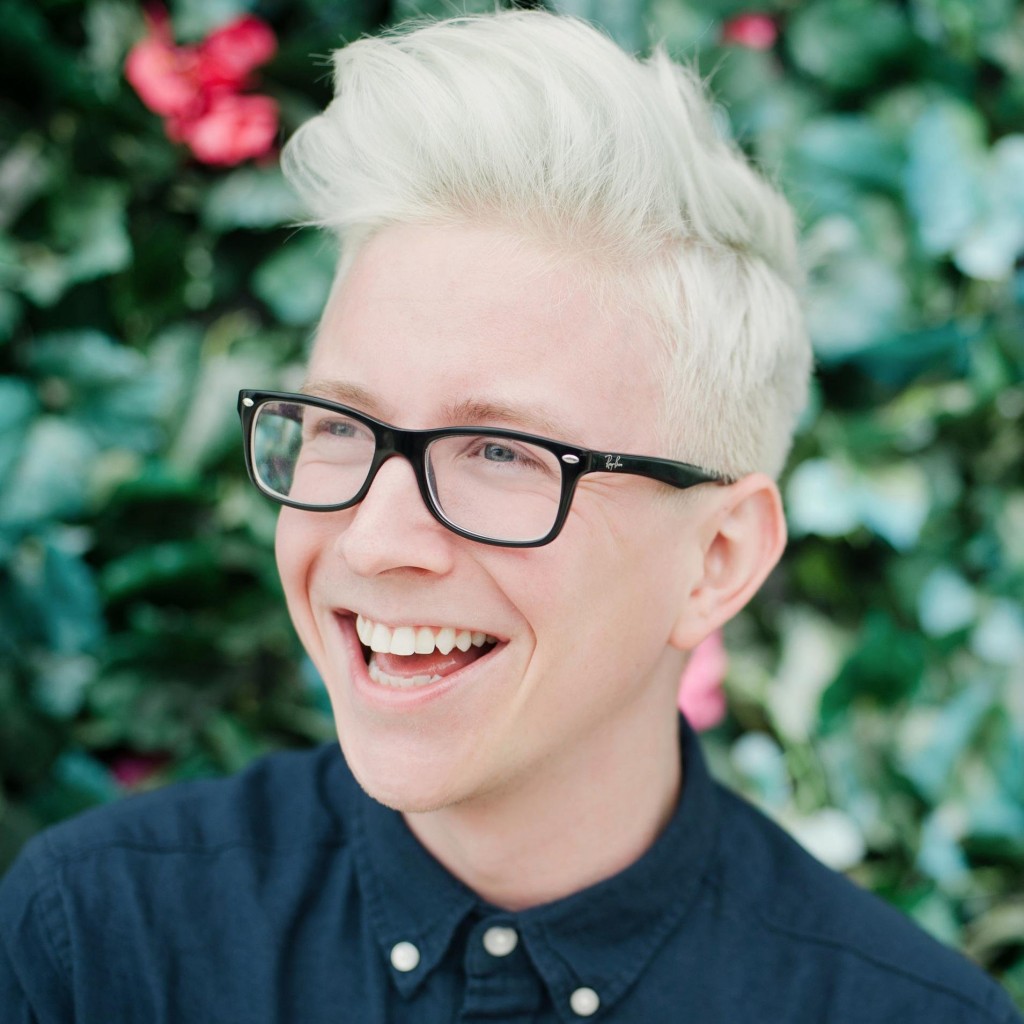 Having recently announced a book entitled ‘ Binge’, Tyler Oakley’s audience continues to expand and become more and more engaged, as he draws close to 7 million subscribers.

We caught up with Tyler for a chat just before he kickstarted his ‘Slumber Party’ tour in Dublin.

Tyler! How are you?

You arrived in Dublin yesterday – how are you finding it so far?

Good! I explored a little bit yesterday. I haven’t been to Dublin since 2012, so it’s been a while. And I only came for 24 hours so I felt like everything was jampacked. That was a whirlwind. So now I have a couple of days to explore, and yeah it was nice to just walk around without a tour. Last time I did a tour, this time I just wandered. Yeah, it was good!

Tonight is the opening date of the Slumber Party tour. Tell me a bit about where that idea originally sparked from.

So, back in the day before I had a tour and before I had many subscribers, I didn’t really go out much and I used to do these live streams in my living room, just with a bottle of wine, I’d order a pizza and be in my pyjamas. And so I’d be like “Hey everyone, show me your pyjamas, are you staying in this Friday night!?” kind of thing, and I’d just stay in all night broadcasting, doing Q&A’s, telling stories, call my mom, bla bla bla. And then I started thinking about a tour and was just like, what if I brought that to peoples’ towns. And a big reason I wanted to do a tour was because I’m from Michigan and not many things go to Michigan. Most conventions are in like London or Florida or California, and that’s about it. So I wanted to do something that small towns would enjoy, and I’d go visit places that never get anything, ’cause Youtube is international so I wanted to go everywhere.

Of course yeah, ’cause we had a lot of your fans tweeting in saying how cool it is that you chose Dublin as part of it.

Yeah, when I was talking about expanding the tour, everyone was like “you better not just do London and call it the UK, or call it all of Europe”! So I was like, OK I got it! ‘Cause I think everyone just goes to London and says like, oh I went international! So I wanted to explore more places.

Since you started out, your channel has obviously grown massively – almost at 7 million subscribers. What was close friends and family’s reaction when you sort said “oh I put videos on the internet for a living”?

Well, at first I actually did it for my friends. So, I would make videos and talk directly to them like “hey Rachel, this is something that happened this week that I want to tell you about” or whatever, and I would just post those videos on Facebook. So I never really had the intention to have strangers watch. So since the beginning they sort of got it, because it started out for them.

My family were like, that’s weird! They’ve always been really supportive of it, my mom loves it. And I started doing it when I went off to college so it was sort of a way for her to keep up to date with what I was actually up to.

Now she even features!

Well it obviously all paid off because you’ve done so much off the back of that. Such as co-presenting Catfish. What was that like as an experience?

It was good! It was weird! Things like that are really cool because it’s the most random stuff, like to co-present an episode of Catfish, that’s never been a dream ’cause you don’t even think that that’s a possibility. But when it approaches I’m like, yes I’ll do it! It was crazy, a real adventure. I just went along for the ride. It was like a week of filming, and I had no clue what was going on the whole time. They kept me in the dark, everyday was a new something. So it felt like I was a little private investigator! It was definitely interesting.

And as well as that, you’ve now announced a book release. Congratulations! How long has that been in the works, and what can people expect from it?

Well I got a book offer in 2012, and I was like, I have nothing to write about. But now that I think I could possibly write a book someday, I’d been thinking about it, and what I’d write about, like if I had a story to tell what would it be, and what would my perspective be. So I’ve kind of been working since then, but I really dove into it last year. The premise of the book is stories I’ve never told in videos. So, if you are a super fan and have seen every video since 2007, you don’t know any of it. So, it’s all new; it’s things that my family doesn’t know, it’s things that my best friends don’t know, a lot of personal stuff. And for me, it’s really important to have it be worth it. Like, I want it to be something that whether you’re a Youtube fan or you’ve never watched a Youtube video in your life before, I want it to be something that people will read and share it with their friends.

We have a couple of fan questions for you that were tweeted in. I know we’re running out of time so we’ll just take two.

Abby: I’m graduating soon – any advice on how to survive in the big, scary world?

Hi Abby! Okay, so you’re graduating soon. Whether it’s high school or college, either way that’s really cool. How to survive in the big, scary world – take a chance. And do what you want. And if it doesn’t work, you at least tried. When I graduated, I was getting no job offers, and it seemed so bleak, so I was like, you know what, I will never have a chance where I’m not tied down, I’m just gonna do what I want. So I moved from Michigan to San Francisco. I just assumed hopefully I’ll find a job out here! And things kind of worked out, at least while I wasn’t doing Youtube stuff. So, yeah I would say just take a chance and trust that things will work out, ’cause things usually do if you try hard enough.

Ciara: What’s the best thing about doing Youtube as a job?

Best thing about doing Youtube as a job – well there’s a million best things – but, the Youtube friends that I’ve met all around the world, that I never would have got the chance to meet without Youtube. The opportunity to connect with people who may be going through personal stuff who maybe look to me or connect to me that if I wasn’t making videos they might feel alone in their own little communities. And then cool stuff like travelling and TV stuff, and writing a book. A lot of that stuff I never would have got the opportunity to do, so a million things!

Unfortunately that’s all we have time for, but thank you so much for that interview Tyler.

Aw yeah, of course, thank you!

Details of Tyler’s book are in the video below: