What are Fanedit Films? 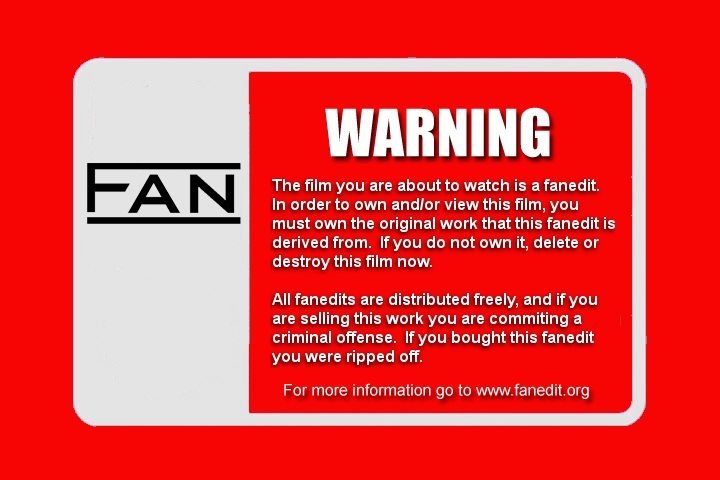 Thought The Hobbit films were too long? You’re in luck as Peter Jackson has inspired a fresh wave of fan films, called Fanedits.

A Fanedit is a version of a film that has been modified by a fan, that either removes, reorders, or adds material in order to correct, improve or re-imagine the source material. The seed of the genre was effectively planted by George Lucas and his Star Wars Special Editions. Considered sacred and untouchable by many fans by going back and changing the original movies (inferior changes some would argue) the idea that a film can be edited retrospectively was born.

Soon after that the Fanedit genre as we know it was born, thanks once again to George Lucas, but this time indirectly through his Star Wars Prequels. After the hugely disappointing Episode I: The Phantom Menace one fan took the concept of editing a film retrospectively by editing Episode I himself. Famous among the Fanedit community the “Phantom Editor” (professional editor Mike J. Nichols) removed elements he felt detracted from the film, and made minor changes in dialogue, languages and subtitles to give the film’s villains a more menacing tone. This modified version became known as The Phantom Edit, which was distributed on VHS and later online.

The genre became crystallised by the equally famous faneditor known as Adywan. What started off as colour balancing exercise for the 2004 Star Wars: A New Hope Special Edition, soon took on a life of its own. After two years, over 250 changes ranging, scene restoration and CG work Adywan released Star Wars: A New Hope Revisited, and for many hardcore Star Wars fans is the definitive version of the movie.

Over the years many films have attracted the attention of faneditors, from the Matrix trilogy, the Indiana Jones sequel to the Superman films (the Donner version in particular), but thanks to Peter Jackson’s Hobbit films Fanedits have once again come to wider attention. In January 2015 an editor called the tolkieneditor reduced the eight-hour trilogy into a single 4.5-hour film. Though the publicity tolkieneditor brought to Fanedits was welcome, as the third Hobbit film has not been official released yet, he also drew criticism from the Fanedit community for portraying, what is admittedly a legal grey area activity, into the eyes of many as a purely illegal one.

This isn’t the first time Fanedits have come to the attention of the mainstream media and no doubt it certainly won’t be the last. Now that professional film editing software is readily available to the general public, legal or not Fanedits will always be with us.