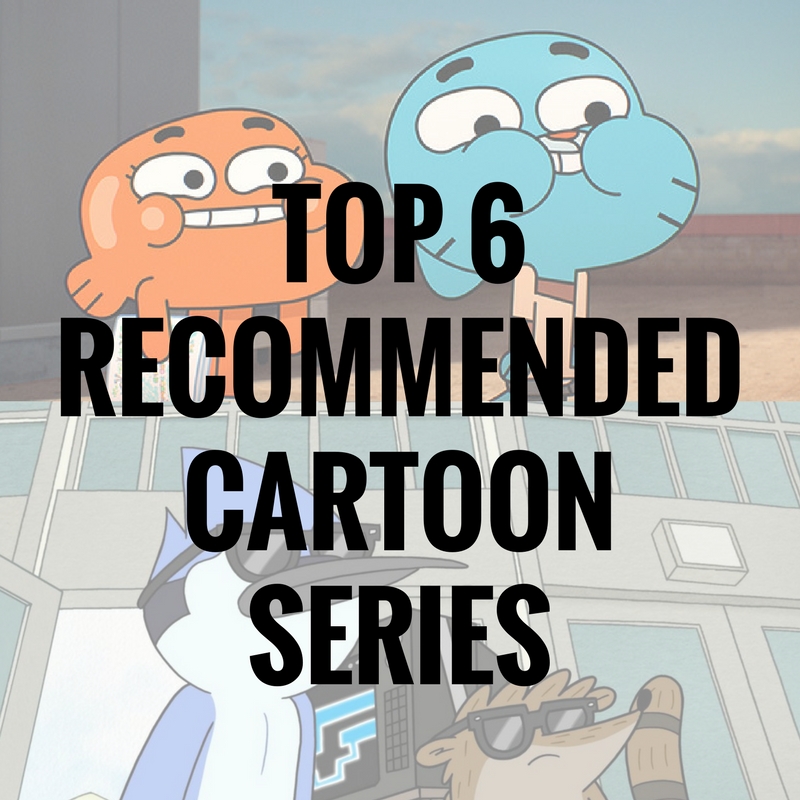 No longer solely reserved for young children lazing in front of the television on a Saturday morning. I refuse to let anyone tell me I’m too old for wacky shenanigans, ridiculous plot lines and absurd character types. Having watched my fair share of random oddities over the years, even more so recently since my Tinder game is pretty weak- yes I’m not ashamed to admit this (I’ve got delicate thumbs, have some empathy). I thought I would hit you (oops, sorry no pun intended) with six of my favourite cartoons at present. Purely because I’m a patron saint of all things entertainment. Duh.

Please note, there will be no mention of The Simpsons here so move along you jaundice adoring Groening fans. Likewise there will be nothing from Seth Macfarlane on this list either, not a single “giggity” nor cross dressing alien in sight. While this (list) is in no way shape or form a comprehensive one, just know that what I’m giving you is useful information. I would never steer you wrong, I mean I only drink water when I drive.

6. Moonbeam City
Dazzle Novak, a detective you can count on. Sometimes. I actually stumbled onto this one by accident, and nearly gave it a miss due to its overwhelmingly poor critic reviews on a certain expired fruit site. Yes its goofy, yes its over the top, yes it makes the 80’s seem like an illogical glowing era of wanton sex and inefficient policing but come on, satire bro. Satire. This one actually got cancelled after one season – shame on you Comedy Central, Two and a Half Men needlessly ran for how long? But don’t mind that don’t mind the haters, give it a view. Its no Archer but if I wanted to recommend Archer I would have recommended Archer.

5. Animals
Yet another animated comedy offering I somehow managed to find one late Friday night, man I really need to get out more. With this one, we’ve got HBO’s depiction of anthropomorphic critters discussing strangely relatable topics against an unwavering New York back drop which makes for genuinely entertaining viewing. You ever wondered if mice / rats / rodents in general suffer from awkward interactions with the opposite sex like us regular humans? No? Just me then? The second season gets underway March 2017 so needless to say I’m a redneck at a Trump inauguration party right now, fairly excited. I just hope the humour stays real unlike…well Trump’s hair, which has clearly been woven out of hay, poorly washed and aggressively towel dried by Rumpelstiltskin.

4. Regular Show
Little bit of a 90’s feel with this one, definitely in the top 3 list on Cartoon Network. Could be debatable but I’m still waiting on someone to tell me otherwise please. The show’s entire premise is focused on two lazy yet endearing groundskeepers- Mordecai who happens to be a blue jay and Rigby who is a raccoon. Each one of the episodes from the 8 season run can be summarised as follows: “hi-jinks man, hi-jinks all the time”. Honestly, the humour is quick, context relevant and most importantly natural which is why I am confident about telling you to watch it. Definitely didn’t think the life of a groundskeeper would be so fun filled, but what do I know I only go outside when it’s absolutely necessary.

3. The Amazing World of Gumball
Yet another Cartoon Network drop (these guys have got some real gems on the air right now), this is one that will probably appeal to a lot of you stoner viewers out there – I got y’all covered man don’t worry. Combining both 2D and CG animations the entertainment make up for this is different to anything else on the list, although I seem to be watching cartoon animals on TV a lot, David Attenborough what? Each episode follows Gumball – a young blue cat and Darwin, his former pet goldfish turned adopted brother with legs as they try to navigate the perils of day to day life. On average, the perils are instigated by one or both of these main characters with some type of major scale mayhem ensuing. This of course is always a treat, especially if you enjoy mayhem. That’s not to say that the rest of the supporting cast aren’t as wacky though, believe me placeholders they ain’t. Expect colorful visuals and outrageous plot lines, but don’t expect Darwin to wear trousers. Ever.

2. Adventure Time
The Adventures of my main man Finn the Human and his magical stretchy dog Jake. My absolute favourite from the CNN menu right now. Hands down. On the surface of it all you would be rightfully mistaken for thinking this is just a kids program. However on closer inspection there are far too many cleverly inserted adult themes at play for this show to be only limited to just children. It’s kind of difficult for me to define it adequately in words, so I strongly suggest tucking into all 8 seasons when you have a moment. With a run time of 11 minutes a piece, each episode crafts an effective and sometimes weirdly thought provoking world in a very short space of time. Expect silly yet clever humour alongside multilayered and intriguing characters. Additionally, there’s a creepy old guy who likes to kidnap princesses. What more could you possibly want?

1. Rick and Morty
Get schwifty. Yeah I said get schwifty!
If this reference went over your head I really pity you. If you immediately knew , well then you automatically receive my respect and I need to say very little to you on this topic. Another show that will undoubtedly appeal to the slightly red eyed audience members out there, alongside everybody else who enjoys dark and witty entertainment really. The plots, gags and writing are quite frankly – outstanding. In fact I feel its fair to call this series one of the best cartoons I’ve had the pleasure of watching at least a dozen times. It’s bizarre, and wrong on so many levels yet so so right. Centered around the adventures of the insanely intellectual, frighteningly calculated Rick, and his naive way (and I mean way) below average, IQ afflicted grandson, Morty. It’s always sweet sweet hilarity and immorality when the intro’s done. Season 3 should be on the way soon, I think, I hope and pray (I’ve been anxiously eyeing the calendar), so please Adult Swim can you give creators Justin Roiland and Dan Harmon a nudge. Expect inter-dimensional travel, space bloodbaths and deeply profound questions like, “what the heck is a plumbus and why can’t I find one on eBay with a low reserve price?”