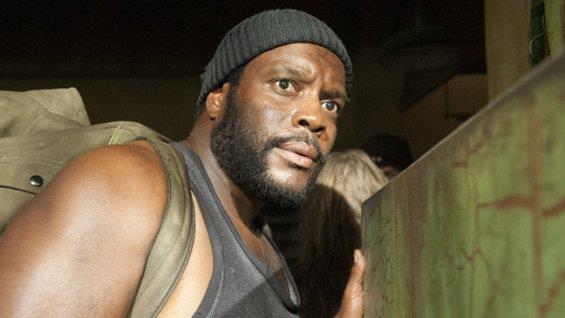 Please be aware this post contains spoilers. We have seen recently that The Walking Dead’s Rick (Andrew Lincoln) has had a bit of a breakdown, whether that be from seeing his dead wife reincarnated or kicking Tyrese (Chad Coleman) and his gang of survivors out of the prison.

However, questions remains over Tyrese’s whereabouts during this week’s episode, as he and the gang were nowhere to be seen. So, where could he have wondered off to?

The most obvious is that he and his group have just gone back into the wilderness and are surviving, maybe to never to return to the series again. However, for those who are a fan of the comics will know that Tyrese is a pretty important character and it wouldn’t be wise to just discard him like that, especially at the rate of knots that other characters are dropping.

One possible scenario is that he and his group have just hidden somewhere else in the jail, but we hear from Glenn (Steven Yuen) and Carl (Chandler Riggs) that the uninhabited part of the prison is swarming with walkers. So could the outcasts have walked into another survivor settlement? Possibly Woodbury?

After Rick and others saved Daryl (Norman Reedus) and Merle (Michael Rooker), the Governor (David Morrissey) tells Andrea (Laurie Holden) that Woodbury lost a number of people, ones who I assume are proficient with weapons, so Tyrese would be the perfect replacement. A replacement that could unknowingly be sent in the second wave of attack against the jail.

Tyrese doesn’t seem like the kind of guy who would hold a vengeance and massacre everybody, especially knowing that there is a baby held up in that zombie-infested jail, so he could be one who saves the group and scurry away for another adventure in series 4. Who knows?

All we do know is that so far series 3 has lived up to its hype and I can see it continuing right the way through to the fourth instalment.

AMC have publicly announced the renewal of series 4, as current viewing figures stand at over 10 million, but the forthcoming season will not feature showrunner and executive producer Glen Mazzara, who is known for handling the second and third series.

The comic con trailer for series 3 can be seen below: