Series Review: Save Me 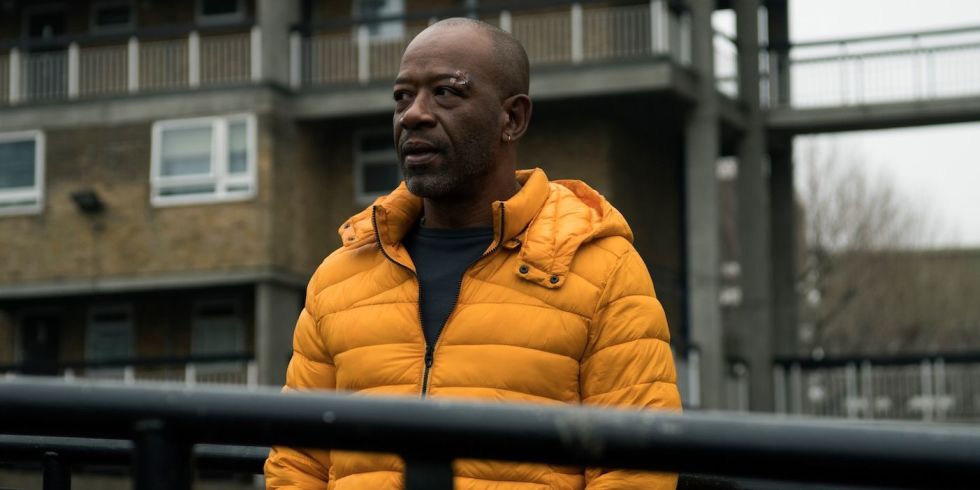 Even in it’s bleakest moments, Sky Atlantic's new abduction drama ‘Save Me’ is captivating viewing with excellent performances and a cracking mystery

Written and created by its lead actor Lennie James, ‘Save Me’ follows ‘Nelly’, a council estate Jack the Lad, often seen with his eye on a girl and with a drink in his hand, as he attempts to find his estranged daughter Jody, who has disappeared after leaving home to meet him.

Nelly’s journey leads him to some very dark places and it has to be said that ‘Save Me’ is a programme that is pulling no punches, which leads it to be a challenging and at times devastating watch, however, I personally admire it for its bravery to tell the story it wants to. The grim nature of the plot could potentially leave the programme feeling too much; however ‘Save Me’ holds your attention with a genuinely intriguing mystery and interesting character development.

The series features three powerful performances from Lennie James’s flawed but determined ‘Nelly’, Suranne Jones’s anguished ‘Claire’ and Stephen Graham as the internally conflicted ‘Melon’. Whilst it was clear from Graham, Jones and James’s involvement that ‘Save Me’ would feature some outstanding acting ability, it is not limited to just the three leads, and the performances across the board are great, with Kerry Godliman as Nelly’s despairing ex ‘Teens’, Jason Flemyng’s kind transvestite ‘Tam’ and Barry Ward as Claire’s secretive husband Barry being standouts.

The opening titles show a collage of pub party Polaroid’s with The Specials ‘Stereotype’ as the theme music, a choice that initially makes the show seems like it has more in common with classic sitcoms such as ‘The Royle Family’ or ‘Cheers’ rather than the dark tale of abduction and redemption it actually is. However, after watching the full series, the opening title make sense, and it is an early indicator of some of the underlying themes of class, regret and perception that ‘Save Me’ has to offer. Many of the characters in ‘Save Me’ could be classed as ‘Stereotypes’ on first meeting, Nelly especially, but as the programme progresses on, we begin to get more rounded and interesting portrayals of these characters. The theme of stereotypes and class perception is projected further with welcome breaks of levity, in somewhat random surreal snippets of nameless inhabitants of the estate going about their business; business such as practising tai-chi, ballroom dancing along the basketball court and vaping under a Niqab.

Whilst ‘Save Me’ is only spread across six episodes, it does a fine job of moving with pace and style without losing focus or rushing its plot. In fact, if there is one criticism of the series, it would have to be that simply too much is left up in the air come to the end of episode six.  Whilst it is nice to see a show that is taking chances and leaving it’s audience to put some of the pieces together, the ending may leave some with the feeling of incompleteness and whether that is because of plans for the second series to flesh out some of the subplot threads left dangling or it is just in line with the bittersweet and realistic tone that ‘Save Me’ strove for throughout I’m not sure, but what I am sure of is that the finale will be sure to divide opinion amongst its audience.

‘Save Me’ has a wealth of great performances and boasts a unique style and vision, and though the heavy themes and questions raised throughout may be sometimes difficult to digest, the series is consistently captivating and gripping, and I for one am hopeful that a second series will come to fruition sooner rather than later.