Review: Trouble with the Curve 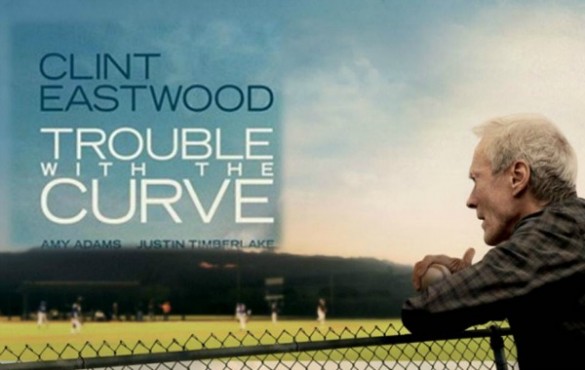 It’s that time of the year again, where we see Hollywood’s elite come to try and entertain us again during the joyful holidays. Today we are reviewing “Trouble With the Curb” which stars the multi-talented Justin Timberlake and our favourite iconic cowboy and all round hard man, Clint Eastwood.

Where to start with this film, its not a rom-com like most films, it’s a film about an old man Gus (Clint Eastwood) that scouts players for a big baseball team but is loosing his touch through getting old but being he’s old he tells everyone he’s fine and because he doesn’t want sympathy. He has a daughter who is a big shot lawyer but obviously knows about baseball because her dad has been in the game for 30+ years so grew up with it. There is tension between them as like everyone they want there own lives but when your parents are getting old your going to want to help and try to get closer to her father. I’d say its more a romantic comedy-ish film about the beautiful game of baseball.

Then we have the ex baseball player turned scout Johnny (Justin Timberlake) who has a connection with Gus who scouted Johnny before his career ended. But like I said it’s kind of romantic, Johnny has a crush on Gus’s daughter Mickey played by Amy Adams and well I’ll let you use your imagination to figure out how it ends and watch the film to see if I’m right…don’t want to spoil it for you after all… the are cameos of John Goodman too as he plays Pete Klein… a long and good friend of Gus and the guy that Gus reports his scouts too.

The title of the film speaks for itself really and you have to watch the film till the end to know what the title means if your not a baseball fan but for me it’s a heartfelt film with a family feel to it that shows the good, bad and sometimes the ugly side of a family with distance and the game of scouting for players for sports teams. Like most films there are twists in the storyline to keep you interested if the romance and the family problems doesn’t keep you interested which is quite nice at the end of the film to find out how it all plays out. As I said its got comedy in it too which is mainly between Johnny and Mickey as he is trying to break her relationship barrier down and get her to go on dates with him. T has Justin for the girls and Amy for the boys and yes girls Justin does take his shirt off for you…. All in all it’s a feel good film for a weeknight at the cinema that’s got a light mood to it and has a nice storyline throughout.