Review: How To Train Your Dragon 2 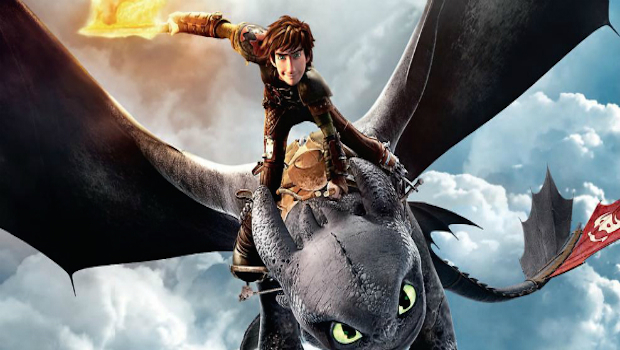 Hiccup and Toothless are back! As the sequel to Dreamworks’ 2010 hit, How to Train Your Dragon hits cinema screens this week. So if you’re still craving some Dragon action after a weekend GOT marathon (Game of Thrones of course!), or you’re a fan of the real classics like Sean Connery in Dragon Heart, then look no further, there are DEFINITELY Dragons in this film. That I can confirm.

Dreamworks have gained a bit of a reputation for being slightly hit and miss with their movies, especially when compared to the consistency of Pixar studios, and they have struggled to emulate the success of the Shrek franchise. Luckily, How To Train Your Dragon soared onto cinema screens, providing a ray of light for the studio and audiences all around. Sequels can be difficult, especially in the world of 3D animation. Fortunately this is the good kind of sequel, building from the successful foundations of its predecessor.

We rejoin Hiccup (Jay Baruchel) and Toothless five years after the events of the first movie. Dragons have now successfully integrated into Berk, helping to improve the lives of its citizens, whilst the now handicapped Hiccup is working virtually in sync with the loveable Toothless.

Hiccup is slightly older now, and with the help of Toothless is attempting to map out the world outside of Berk. It is on one of these expeditions that the two run into Dragon Trappers, working for the evil and ruthless Drago Bludvist (Djimon Hounsou), an old adversary of Hiccup’s Father Stoic (Gerard Butler). Drago is building a Dragon army to help him take over the world. He acts as the direct counterpart to Hiccup’s measured and pacifist attitude towards Dragons and conflict, providing a strong difference in values but a great example to the younger viewers.

Visually, this is a stunning spectacle that manages to widen its scope from the first. With the integration of the Dragons within Berk, the opportunities for new environments have increased, allowing for some gorgeous shots and set pieces.

The incredible level of detail provides a genuinely immersive viewing experience, and actually poses an argument for the potential of 3D movies.

This is a very visually busy film, due to the sheer scale of what Director Dean DeBlois is trying to achieve, but the pacing of the script allows for restraint when restraint is needed.

The script also gives license for some of the more significant plot points to hit at the right time, and the narrative undeniably carries more weight than the first. It definitely feels as if a larger world is being built for us, especially with a second sequel already confirmed for 2016.

HTYD2 seems very aware that it’s getting a follow up, and maybe doesn’t quite carry the modest, free-spirited charm of the first. However it makes sure to pay homage to its foundations by reminding us of why we fell in love with the first film. Visually this is an incredible accomplishment, and DeBlois highlights the potential for this series. This is not a sequel for sequels sake; but lets just hope the same can be said for the next installment.

How To Train Your Dragon 2 is out in cinemas now.