Review: The Hobbit – An Unexpected Journey 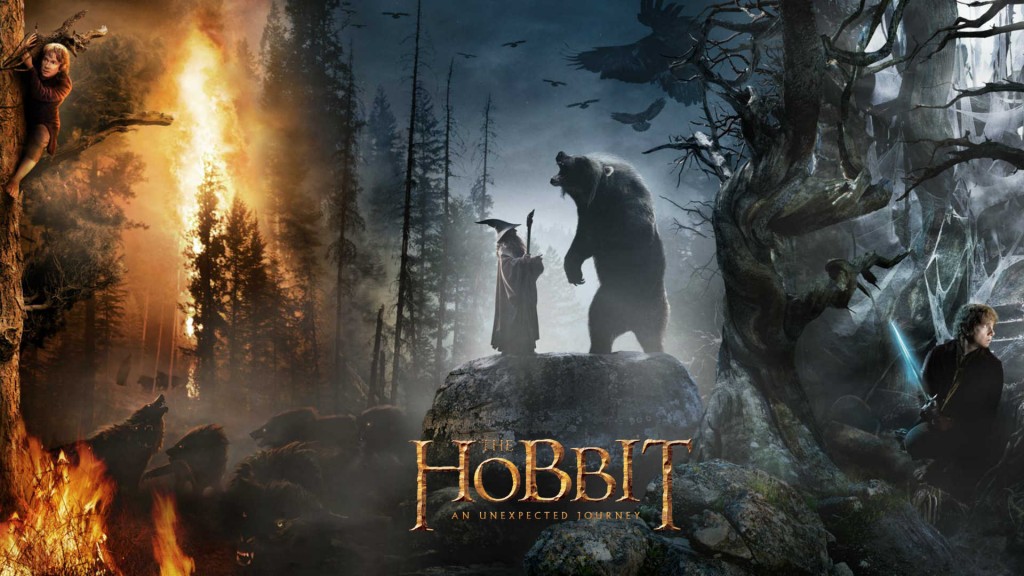 Nearly ten years after Peter Jackson took us on one of the greatest cinematic journeys of recent times with The Lord of The Rings Trilogy, the master of Middle-Earth has returned with its much anticipated prequel.

The first in another trilogy, The Hobbit is another Tolkien adaptation telling the story of Bilbo Baggins’ (Martin Freeman) adventure to the Lonely Mountain to defeat the ferocious dragon Smaug.

When it was announced earlier this year at Comic-Con that Jackson was turning the previously announced two part film into a trilogy, I must admit I began to have doubts. How is he able to adapt each of the three Lord of the Rings books into one film per book and yet needs three whole films to manage this prequel, which is about a fifth of the size of one LOTR book? All that was going through my mind was the horror stories, I’d heard about the Star Wars prequel trilogy, which fortunately I’m too young to have been a part of. I can only imagine the pain and anguish fans felt as, years after George Lucas brought one of the best Sci-fi trilogies to our screens; they were graced with the presence of none other than Jar Jar Binks.

For months now, I’ve been predicting that The Hobbit trilogy will be my generations Star Wars. A franchise made absolutely superbly with the LOTR trilogy, only to be ruined ten years later with The Hobbit. Well now I can say I was wrong. Something I don’t say all to often when it comes to films, yet something I’m happy to announce.

Instead of spending 2 hours and 45 minutes sat watching what I was expecting to be a great big let down, I was given a fourth Middle-Earth masterpiece. Jackson is back and what a way to return!

With a strong opening – perhaps even better than the opening to The Fellowship of The Ring – the magic of Tolkien’s world is still around. As soon as Howard Shore’s fantastic score is released onto the screen, the memories will come flooding back. It won’t stop there.

As more memories come cascading down into our eye and ear holes, with the addition of Ian Holmes and Elijah Wood. Although their presence is only used in the first few scenes, as a sort of connecting piece, before Martin Freeman is finally displayed as young Bilbo Baggins. Freeman could have easily held the film up all by himself by his marvellous performance. Forever being awkward and confused and slowly, but surely, becoming comfortable with his new surroundings.

However credit must also go to the dwarves, of which include Sylvester McCoy and James Nesbitt to name but two. For there are thirteen of them and to name all would take up far too much time and space. The only slight problem with this number is that there isn’t much time spent on them individually, and we’re not given much. However, as a company, they are wonderful.

Of course, Sir Ian McKellan is back again as Gandalf the Grey and having much more to do this time around. McKellan is clearly enjoying his role as Gandalf, and so he should. Andy Serkis returns to the role, which gave him his name in Hollywood, with Gollum; another treat to this already overflowing goodie bag. Although it seems that this film will be the last we will see of Gollum, as his short appearance comes and goes before the credits roll.

Although it gives us a fitting ending about twenty minutes before the fade to black, the ending we get is still enough to leave us salivating till next year when we are given part two of the trilogy, Jackson has proved himself yet again with his beautiful scenery and fantastic battle sequences.

However, I’m still left somewhat puzzled. With so much happening in this first part alone, how can he possibly keep us entertained and interested enough for two more parts? I guess all will be revealed someday but, for now, we have just a bit more to add to the Lord of the Rings marathons.

The only real disappointment I had with this was that I wasn’t able to watch it in the way it was meant to be seen. Jackson filmed this in 3D and in 48 frames per second rather than the usual 24 frames per second. Unfortunately, not all cinema’s are screening the 48 fps versions and you do have to seek them out. Something I plan to do, as soon as possible, and something I would suggest you all do.