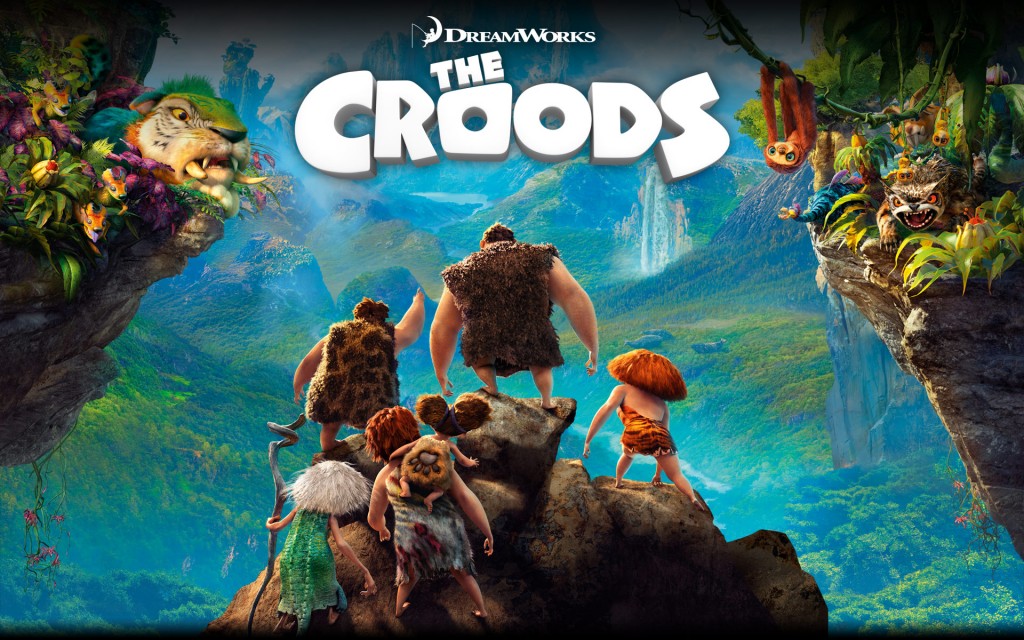 Hollywood heartthrob Emma Stone has never quite looked as different as in The Croods; the latest offering from Pixar’s competitor DreamWorks, which just goes to prove yet again that, they are well on their way to overtake the Disney giant.

Set in the Stone Age, The Croods follows a family of cavemen headed by dad, Grug, brilliantly voiced by Nicholas Cage. Although it’s full of the usual stereotypes you find in any old family comedy – the over protective father not wanting to let go of his daughter; the rebellious teen etc –  it somehow feels fresh. With Ryan Reynolds’ Guy introducing the Croods to a more modern lifestyle with such marvellous things as shoes and fire.

As well as a light hearted children’s family comedy, the film also serves as a road trip movie as The Croods move from the safety of their dark cave, where Grug teaches the family to ‘never not be afraid’, to new surroundings as they follow the sun to the land of Tomorrow. The opening will grab you as The Croods show off their hunting skills which very cleverly reflects the modern day American football game.  Apart from ‘releasing the baby’ of course which I’ve yet to see at the superbowl…

The creative team behind this seem to have had as much time making the film as you will have watching it, with such an array of different animals. Each one is more beautiful than the last and adds to the delicious cinematography which drips with delightful colours throughout.

Although it does begin to drag a bit in the final act it still manages to keep you, and more importantly, keep the kids interested enough throughout.

With a great cast, the highlight of which is most definitely Nicolas Cage who brings the most laughs, The Croods will undoubtedly become an instant classic and family favourite. If not for the beautiful scenery and animation of such vastly different animals then for the screenplay, which boasts a ‘Story By’ credit from none other than John Cleese and features countless highlights. This is surely a film which will not disappoint both parents and children alike and will prove an afternoon’s trip to the cinema well spent. And of the two Nicolas Cage films out this week this is surely the one to spend your time on.