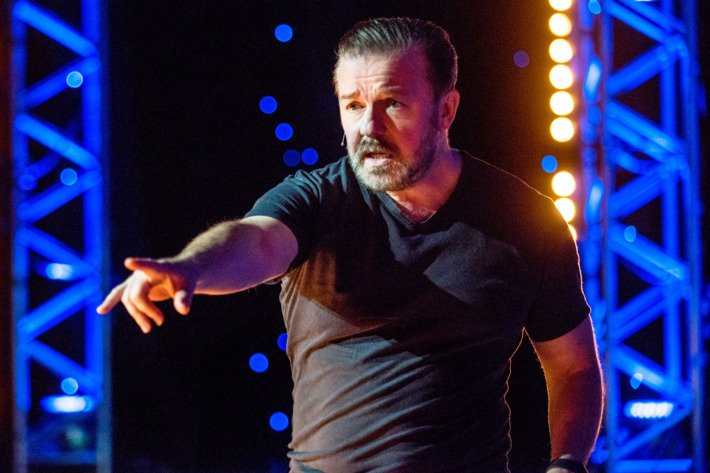 Ricky Gervais’ new stand up show Humanity is a hilarious and provocative champion for freedom of speech in a time where offence is tending.

It may not be for the casual viewer looking for cheap and easy laughs. But, for Gervais fans or lovers of comedy, Humanity (now streaming exclusively on Netflix) sees the comedian at his sharpest.

The show is an advocation of freedom of speech, particularly in the context of comedy. He tells a provocative joke, then picks apart its cogs and tells you why it’s OK to joke about anything if your good at it. He says at one point: “I’m a considered comedian, I like my jokes to be accurate and targets to be fair.” The message feels urgent. Especially when one of the biggest casualties in modern times is nuance and complexity. You have to be smart enough to understand – context is everything.

Gervais is an intelligent comedian with a thought-out approach. There are no Jimmy Car-style interactions with the audience. It’s a written show, his first special in seven years, and it leaves you with the sense of having gained fresh perspective.

He touches on interesting 21st century phenomena like the ludicrous online social landscape by exposing twitter warriors or how opinions are valued equally to truths. Some of the funniest bits, though, are when Ricky embellishes an anecdote by acting out an imagined scene, fleshing it out in to amusing back and forths.

One of his funniest jokes to date has him declare Hitler is one of the worst humans to have ever roamed the earth, then has you genuinely consider him as a dinner guest over a sweet little girl. It is clever, rebellious, refreshing and hilarious.

As he’s aged, (if possible) he’s got grumpier and more cynical. But, because we’ve seen his other stand up shows, TV series, films and watched him host the golden globes, we know his humour now. Also he’s not pandering to comedy clubs, he’s filling arenas around the globe with people who are there to see him perform his set. So, like with mates down the pub, he doesn’t need to keep clarifying “I’m only joking,” when he says outrageous things because people get it. Humanity is yet another notch on Gervais’ impressive career catalogue.