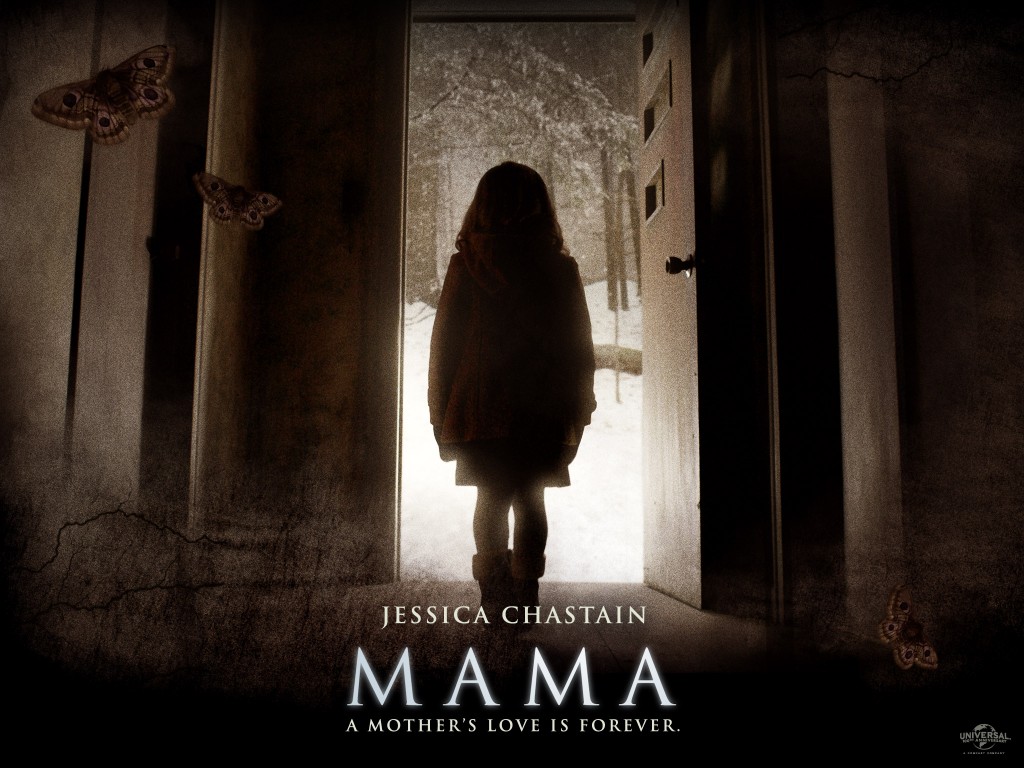 I’ll admit, when it comes to Guillermo Del Toro I’m quite a novice. Having still not seen Pan’s Labyrinth, or any of his other films he has written or directed, it’s safe to say I can’t really criticise him.

And although Pan’s Labyrinth is up there in my list of films to see ASAP, the inclination to watch it is somewhat lessened whenever I see his name attached to such atrocities as Mama.

Mama is not written nor directed by Del Toro, but his involvement as producer is perhaps one of the main selling points of the film. Yet I hope to god he had barely any involvement at all in the making of this film.

Starring Jessica Chastain – who may I remind you right now is an OSCAR NOMINATED actress – and other actors you probably won’t have heard of, Mama tells the story of two sisters who, after being kidnapped by their father and taken to a remote cabin in the middle of the woods. However the father dies and in the 5 years before they are found again the two girls supposedly survive on their own with an imaginary carer known as ‘Mama’ as company. When they’re discovered by their uncle, Lucas, they are then raised by him and his partner Annabel. As Annabel tries to get used to the new life of having to raise two seriously screwed up kids, odd things begin to happen and soon the truth is revealed about the mysterious ‘Mama’.

There are far too many annoyances and flaws in this film of only a hundred minutes run time to describe each and every one but they include the following: Jessica Chastain playing a punk rock girl who is in a band yet decides to spend most of her time walking around a deadly quiet house; a demon who seems to love a bit of camera attention even though this isn’t a found footage film; and a laptop stolen from an office which just so happens to be already switched on and, would you believe it, already unlocked!

That’s not even including the fact that the carcass of a baby happens to be lying in a box in an office.

Now all of this is probably confusing those of you who haven’t yet seen it but please don’t let it intrigue you. The only reason I’m writing this is to warn you all. DO NOT SEE THIS FILM. You will leave regretting it and wishing you had spent your time doing something more productive like watching paint dry. The only reasons I’m giving this the one star it barely deserves are because there are the odd one or two spine tingling moments which are rarer than a genuinely funny Adam Sandler film and because it didn’t anger me quite as much as Twilight: Breaking Dawn Part 2 so if I can give that one star then this deserves one too. The only use for this film it seems was to get me back into writing and ranting and raging and reviewing films for the first time this year.