Review: Magic in the Moonlight 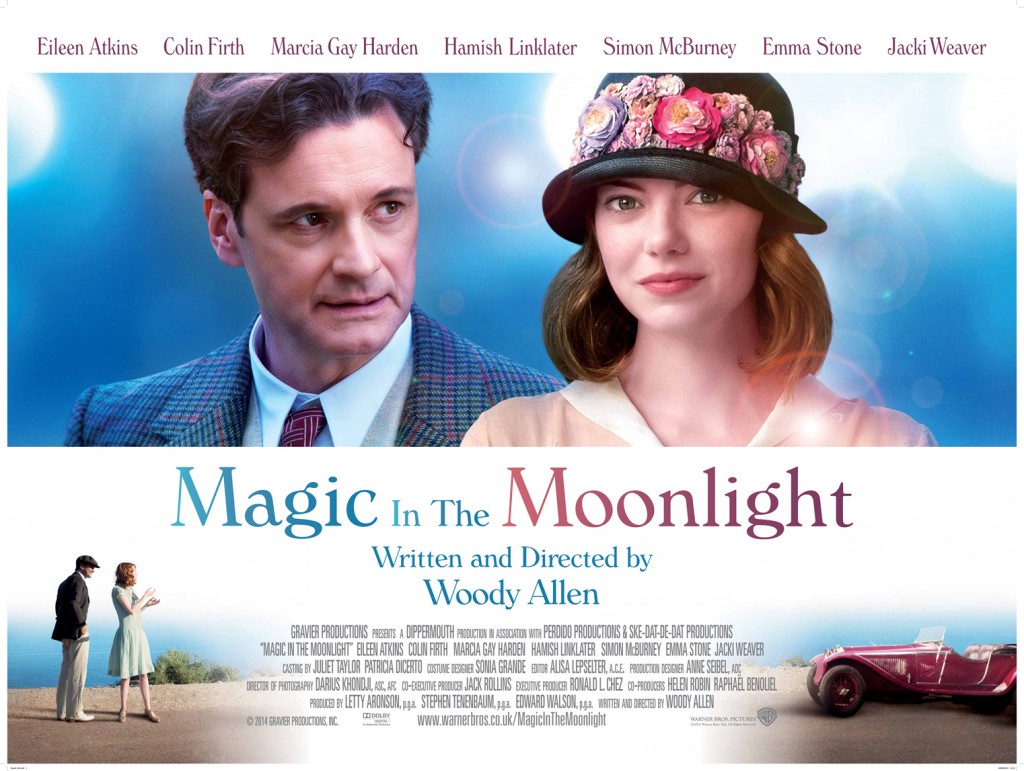 Woody Allen brings us Magic in the Moonlight, a Romantic Comedy set in the South of France on the opulent Riviera.

Colin Firth plays the role of Stanley Crawford, an exceptionally talented magician whom is better known for his stage act as the great Chinese Conjuror Wei Ling Soo. He is also a very skeptical man, who views the world in a very specific and structured manner. Insert the psychic medium Sophie Baker played by the very lovely Emma Stone.

Stanley is approached by his old-friend and fellow magician Howard Burkan (Simon McBurney), and persuaded to meet Miss Baker at the Catledge family mansion where she is serving as a medium. Crawford is excited by the prospect of debunking another medium, and agrees however in true Rom-Com territory it’s never so straightforward.

The film gets off to a rocky start; the pacing isn’t particularly free flowing and the acting initially feels wooden and over the top. The dialogue feels bland, as if read straight from the page. It eventually picks up when Miss Baker is introduced; Firth and Stone start to develop more chemistry as the film progresses. 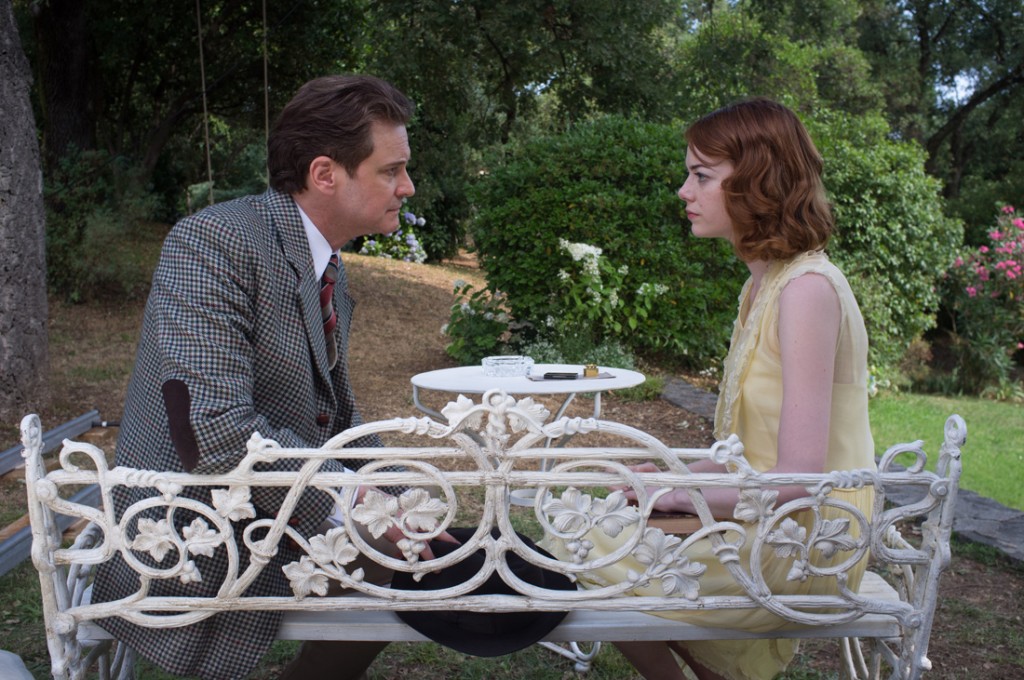 Unfortunately there are still many moments throughout where the events on screen really aren’t engaging enough and you may find yourself wondering where the plot is going and whether it’ll soon conclude. As a Woody Allen film, we can expect a lack of clear direction however there isn’t enough here to distract us from the dithering nature of this film.

But at some point you’ll remember that you’re watching a Rom-Com, of course you know where this is going, we’re just taking he Woody Allen route to get there.

Firth definitely grows into his role as the awkward skeptic set in his ways, and by the end we have a better idea of what kind of character we’ve been dealing with, and how events have affected him. Stone is quirky and endearing throughout, but it seems to stop there. This isn’t really a comment on Stone as an actress, but more of a disappointment in regards to a pretty flat character with little growth.

Magic in the Moonlight unfortunately lacks in the magic department. There are some nice ideas here, but that’s really all there is. The pacing is disjointed, and the film trudges along. This is definitely a Woody Allen film, so expect to smile and laugh, but just not a whole lot.