Review: Jack To A King – The Swansea Story 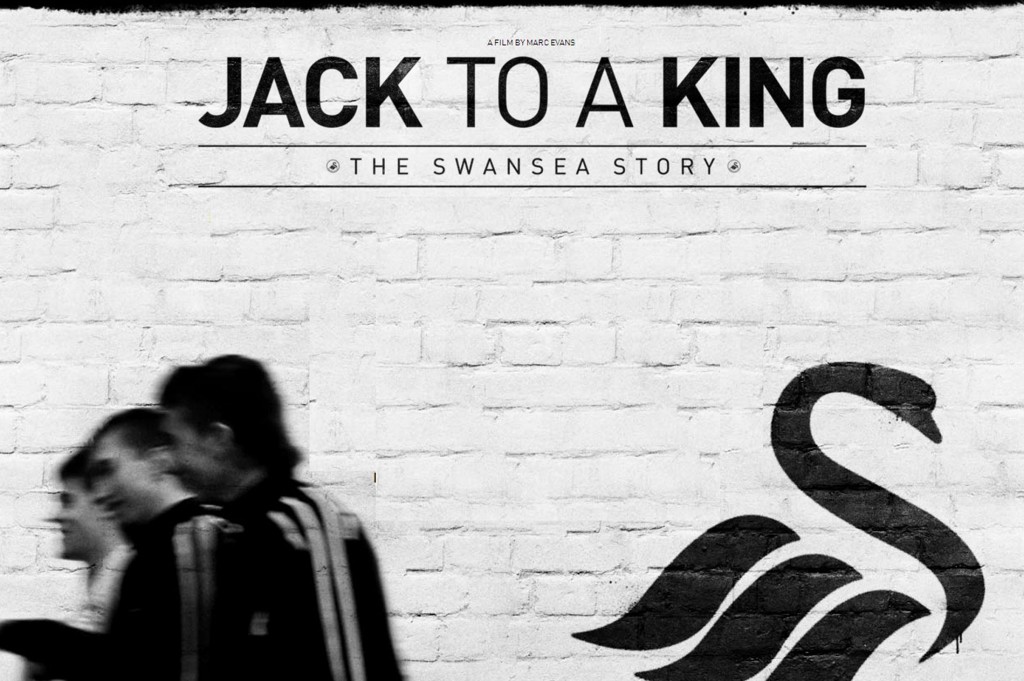 Everybody loves a happy ending! Especially when the beginning of the story paints a picture as hopeless as Swansea City Football Club’s prospects under much-maligned former owner, Tony Petty – it is always nice to see the good guys come out on top!

Jack To A King is the brainchild of die-hard Swansea City fans, Mal Pope, Ed Thomas and co. who embarked on a project two years ago to document what has become one of the most well-known success stories in British football.

The 100 minute documentary follows Swansea City from their desperate struggle to stay in the Football League back in 2001, through managerial departures, injuries and frequent individual brilliance (I’m looking at you Lee Trundle, Garry Monk, James Thomas, Scott Sinclair etc.) right up to the point where they reach the Holy Grail of the Barclays Premier League.

The film consists of various interviews with a who’s-who of Swansea City Football Club. From the lady in the laundrette to the two people wearing balaclavas (slightly pointlessly, as it turns out) while telling us all about the mischief they got up to in order to make life difficult for unwanted owner, Tony Petty, to the directors of the club, this is a film about the community of Swansea during this time, told by the people most involved in the community.

Being a story that developed over 10 years, it would be reasonable for one to be concerned that in condensing the events down to a manageable, digestible film, that some of the essence of the events that actually unfolded would be lost – let me assure you, that isn’t the case.

While it is inevitable that things are going to be left out, it doesn’t feel that way when watching the film. Everything is very concise, very well thought out and the use of the archived Football League footage, especially if you aren’t very familiar with what events exactly unfolded, more than makes up for what details might be missing. Overall though, no gaps are obvious – the information flows very well and ensures that even someone who might not have been too aware of Swansea City’s situation, or even existence, before they started tearing up the Championship and the Premier League can get very involved with the experience that the football club and the community went through.

I myself was not too familiar with their situation until they reached League 1, but found the first half of the film (which is concerned with Swansea’s fortunes before League 1) gripping and marvelled at some of the candid revelations made by the interviewees with regards to just how dire the situation was for the club in the early 2000’s.

I think it is key to point out though, that this film doesn’t feel like a sports film. Obviously, the title and poster suggest otherwise as there are a lot of references to the club in there but above all else it is a documentary concerned with how the community rallied together to try and save one of it’s cornerstones.

The fact that the film is marketed in a way to attract a sports audience was always going to happen because it is the obvious thing to do, but I absolutely encourage anyone who enjoys a compelling story, told by real people who were really affected by these events to give this film some of your time!

For screening information regarding Jack To A King, check out www.jacktoaking.com. You can find the film’s official Twitter page at @jacktoakingfilm and get involved with the conversation on social media using the hashtag #jacktoaking. The DVD is pencilled for release on Boxing Day 2014.