Review: The Hobbit – The Desolation of Smaug 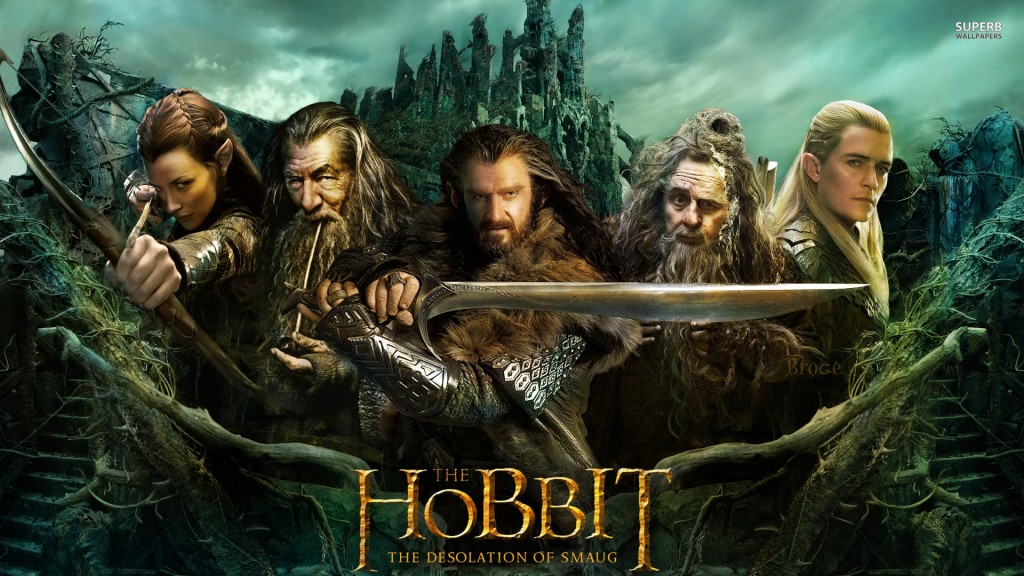 After the stuttering An Unexpected Journey, Peter Jackson’s follow up, The Desolation of Smaug, gets off to a flying start and never lets up. Out are the endless ponderings and wonderings, in are the exciting thrills and spills.

Beginning with an Orc chase, leading onto Mirkwood then Lake-Town, meeting skin changers, spiders and wood elves along the way, The Desolation of Smaug is handled with a deftness of touch that was sorely missing from the first film.

The performances are also top draw, with Martin Freeman, showing us Peter Jackson was right in thinking; ‘He’s literally the perfect Bilbo’, Sir Ian McKellen delivering (as always) as Gandalf, Richard Armitage building upon the forlorn Thorin Oakenshield and Luke Evans bringing in a brilliant Bard the Bowman.

Last but not least is Benedict Cumberbatch’s ‘Smaug the Stupendous’, and stupendous is exactly what Smaug is. From the voice over, motion capture performance of Cumberbatch to the CGI rendering and finally the scene between Bilbo and Smaug, which is up there with the ‘Riddles in the Dark’ scene, Smaug is certainly worth the wait.

But, with the film clocking in at 2 hours 41 minutes, there certainly is a wait. There has been debate regarding the use of the Appendices and other source materials, but these additions make up a small percentage of the film. This time round, the long duration is a result of the handling The Hobbit story itself. Jackson clearly loves the world of Tolkien and squeezes every drop of Hobbity-goodness he possibly can from every scene.

There are a few niggles, some of the actions sequences are too long, as well as the abrupt ending and unnecessary love triangle. In its defence, the film makers desire to bring in a female character is understandable. Having a 9 hour trilogy with no decent female role isn’t really acceptable and Lilly Evangeline does a great job with the invented character written for her.

Either way the stage has been perfectly set for the third and final act of this ever improving trilogy, The Hobbit: There and Back Again.