Review: The Hobbit: The Battle of the Five Armies 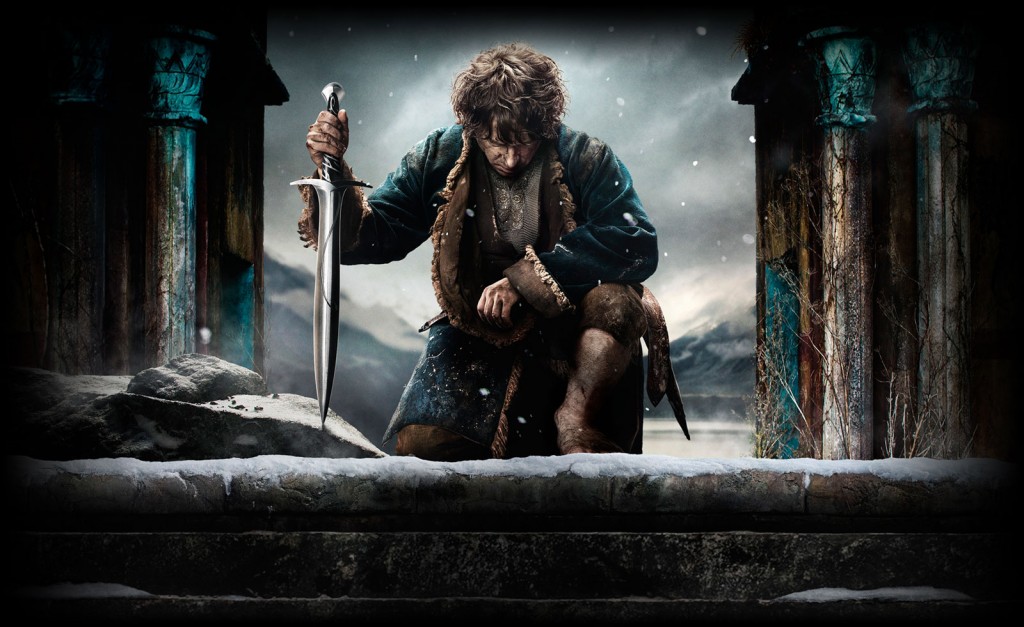 In keeping with the rest of the trilogy, Peter Jackson's final instalment in The Hobbit trilogy blows mainly cold and leaves you wishing you'd been watching his first foray into Middle Earth. But the film isn't devoid of merit.

I don’t think many people would doubt the sincerity of Peter Jackson. I’m sure he was genuine when he went about squeezing three films, each with a running time of a over two hours, out of a 300 page novel (and some appendices). But there must have been a point when he asked himself a) is this possible? and b) if yes, what’s the point? The trouble is that the only people who would answer those questions for him would have had a vested interested in making sure as many films were made as possible. Producers, special effects companies, national tourist boards, and of course the studios backing the project. (“What’s that Pete, you’re thinking of cramming in a bunch of appendix stuff and the like, thus stretching it all out to three films? Will they be like the other three films you did that made us a shit tonne of money? Can you put a Tim from ‘The Office’ in it? Oh you have? Carry on then.”)

And yet even as I get snarky about the whole thing (don’t get me started on the 3D. Fine! It was blurry and unnecessary but for one fight involving a flail on some ice, and even then it wasn’t all that), when the lights went down and the music soared through the cinema, I couldn’t help but get swept up. A great big orchestral score over some epic vistas can really buy you some time and goodwill, just ask George Lucas. I felt a smile forming on my face, as though I could will the film into something I’d enjoy, or will myself into enjoying it.

It turns out The Hobbit: The Battle of the Five Armies has things  to enjoy . Enough of the main cast give solid performances, although there is a fair amount of Fantasy-genre acting and dialogue. Despite hamming it up a bit, Martin Freeman is great and the film suffers from not keeping him at the heart of the film more. But then this was always going to be a problem when the whole film is one massive fisticuffs, and your emotional core is a Hobbit who can’t really throw down. This means Bilbo spends the majority of the film unconscious; knocked out just long enough to miss all the nasty gouging but comes-to at the battle’s conclusion. There’s also some bits before where Bilbo runs along battlements shouting, “Gandalf! Look some people over there are going over there to fight.” and then, “Gandalf! Now some other people over there are going over there to fight.” followed by some intense spectating. OK, I’m being a tad facetious here but that’s only because there’s a promising section before the massive battle that is thrown out so that we can move on to the skull crunching as soon as possible. I’m referring to Thorin’s brief flirtation with madness, bought about by a recent acquisition of a lifetime’s supply of gold. This is called a theme. All good stories have them. Here the film goes a bit abstract but then, not long after, Thorin’s back to being a goodie-hero-dwarf again, which means his storyline’s resolution doesn’t have the emotion impact it should. I just wish someone had thought, “Hey – we’ve got plenty of time for colouring in arrows hurtling into orcs on our computer, shall we do some horror-laden stuff about greed instead?” But no.

We also have the resolution of the Gandalf Investigates sub-plot that is only alluded to in the original novel. This was definitely the best thing added to the films in my opinion, but I think the filmmakers missed a trick by not dragging the aftermath out further or alluding to Saruman’s slow descent to evil more. Instead Gandalf is rushed over to The Misty Mountain so he can trip up a bunch of orcs with his staff, like some kind of wizard Rafiki.

Despite the little victories scattered throughout, it’s impossible to get away from the fact that the whole film is just one big fight. It doesn’t matter if that’s your subtitle, you don’t get a pass. Jackson still shows a lot of flair for directing these action scenes but nothing matches anything in the ‘Lord of the Rings’. Even Thorin and Azog on Ice, the best skirmish, unintentionally had the majority of the audience in a bout of laughter at one stage.

And that was the least of the film’s problems. Remember when the first one came out and there was all that to-do about not using real dwarves to play dwarves? Well now they’re not even using corporeality, as Billy Connolly shows up rendered like something the animators of The Polar Express would have rejected.

Then there’s the hugely problematic issue of the Elves and how stiff and un-engaging they are. Yes, it’s sort of the point: they’re immortal and so they’ve had to detach themselves from sentiment towards life-forms that live for only a fraction of the time they do. But then at the end the story goes, “Look at these emotionless creatures that have found compassion through the traumatic unity of war, even the really icy King one.” And yet still the elves seem as rigid and robotic as before. Orlando Bloom, especially, is as wooden as the contents of his quiver. It’s particularly galling in the case of Evangeline Lilly, who always had such a swagger and gumption in ‘Lost’; like a female Han Solo. Speaking of ‘Star Wars’, the Elf Problem reminded me a lot of the Jedis in the prequel trilogy; strong in The Force department but weak in the emotion department (no I agree, that didn’t work at all). It’s kind of an interesting idea – having characters that subdue their emotions for whatever reason – but then you end up with a load of cold and un-engaging actors that just seem to be reciting their lines whilst stifling the urge to fart.

All in all, the film is unwieldy and riddled with issues but it’s not the worst you’ll ever see. It’s just, with a budget of over $200 million, that won’t really cut the mustard. Also I don’t think these films will have anywhere near the same watch-again appeal as ‘The Lord of the Rings’ films. Whereas people sit down every Christmas to watch the ‘LOTR’ trilogy, it won’t be the same for ‘The Hobbit’. This is because a) they’re not as good, and b) because the ‘LOTR’ films can exist self-contained stories in a way that ‘The Hobbit’ films can’t. Generally people won’t bother sitting down to watch one story told in three two hour-plus chunks because, y’know, they’ve got like teeth to brush or something. Two films would have been justified, even if both ran over two hours. But three is asking for a whole lot of goodwill that probably won’t be there when people look back in a few years time.