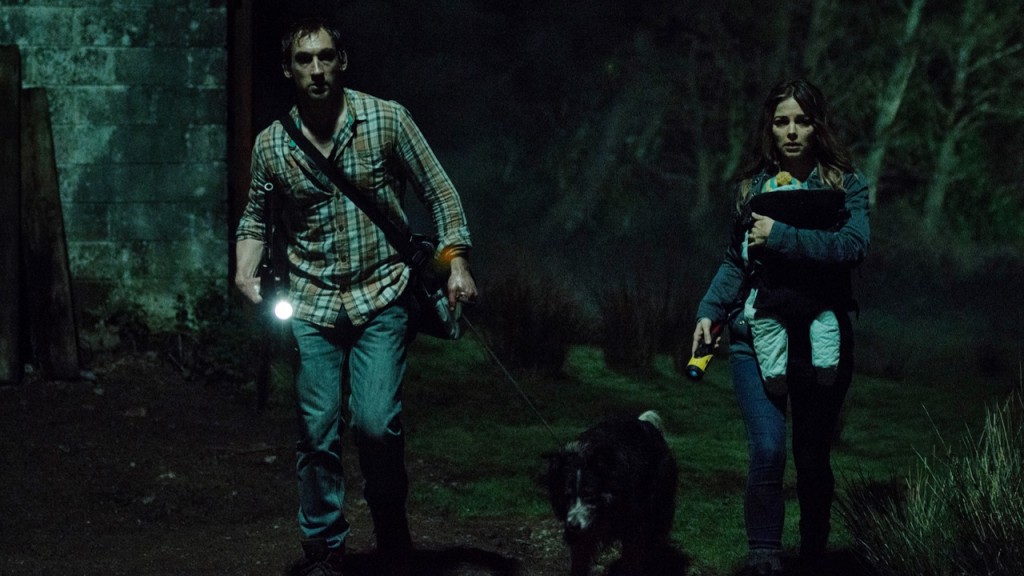 The Hallow will keep you guessing, but maybe not for all the right reasons.

Writer and director Corin Hardy brings us his debut feature The Hallow, and shows some genuine glimpses of brilliance, demonstrating why he will be taking the reigns for The Crow reboot.

Adam (Joseph Mawle) and Clare Hitchens (Bojana Novakovic) along with their newly born son Finn decide to trade the hustle and bustle of city life in London for an old, remote Millhouse on the edge of a thick Irish woodland. However it’s not long before the Hitchens are exposed to the superstitious beliefs held by the locals, superstitions they choose to ignore.

This is a story of old Irish folklore, where fairies and banshees exist, and newborn babies are never safe.

Hardy has drawn upon genuine superstitions that are still held in parts of Ireland today and made them his own, incorporating various aspects into ‘The Hallow’ creating a world that feels fantastical but also tangible, almost reminiscent of Del Torro’s Pan’s Labyrinth.

As with any horror movie, the monster whether it’s a killer, ghost or an actual monster is an essential component and there’s a lot to be admired here. The creatures that inhabit The Hallow act as an extension of the environment, extending outwards, and into the Hitchen’s home rotting everything in its wake.

There’s a real elegance to how Hardy creates this living, breathing space. The combination of CGI and practical effects gives the world a visually seamless effect.

Unfortunately the The Hallow fails in ever fully conveying its own myth. There’s not enough given to gain a true sense of what the taboo is, and why these creatures of the forest want to steal the Hitchen’s baby. This might not seem essential, but without a clear grasp of the myth or legend at hand there’s no way of understanding what kind of horror film The Hallow wants to be

Colm Donnelly, (played by Game of Thrones’ Michael McElhatton) does a fairly decent job as the seemingly slightly unhinged local who warns the Hitchens away from the area, convinced that his own daughter was taken by the forest.

“You should never of come here!

Of course his warnings are ignored and palmed off as superstition, after all it wouldn’t be a horror movie if there weren’t some level of naivety. Unfortunately for the Hitchens, these warnings are far from mere local folklore. They soon find themselves alone and isolated, fighting to survive against creatures determined to take their child from them.

Mawle and Novakovic do a good job of playing the happy couple whom eventually descend into panic and anarchy. Mawle in particular has a bit more to do as his character bears more of the brunt from proceedings, his transition from confident father and husband, to desperate protector is masterfully captured.

The Hallow goes from being a tense atmospheric horror flick, to what results in an extremely unpredictable and fantastical feature. It’s a film of two halves, two very different halves. Its erratic and impulsive nature is what makes it brilliant, but also what hurts it from truly understanding itself as a horror movie.

There’s a distinct lack of flow to how events unfold, causing a disjointed pacing that is at times quite difficult to follow. Towards the end you’re never quite sure which of the protagonists to trust, as they both descend into panic and paranoia.

Hardy definitely demonstrates enough through his visual style and some beautifully tense moments why he’s a director to keep tabs on in the coming years. The Hallow will keep you guessing, but maybe not for all the right reasons.

THE HALLOW IS IN UK CINEMAS NOW