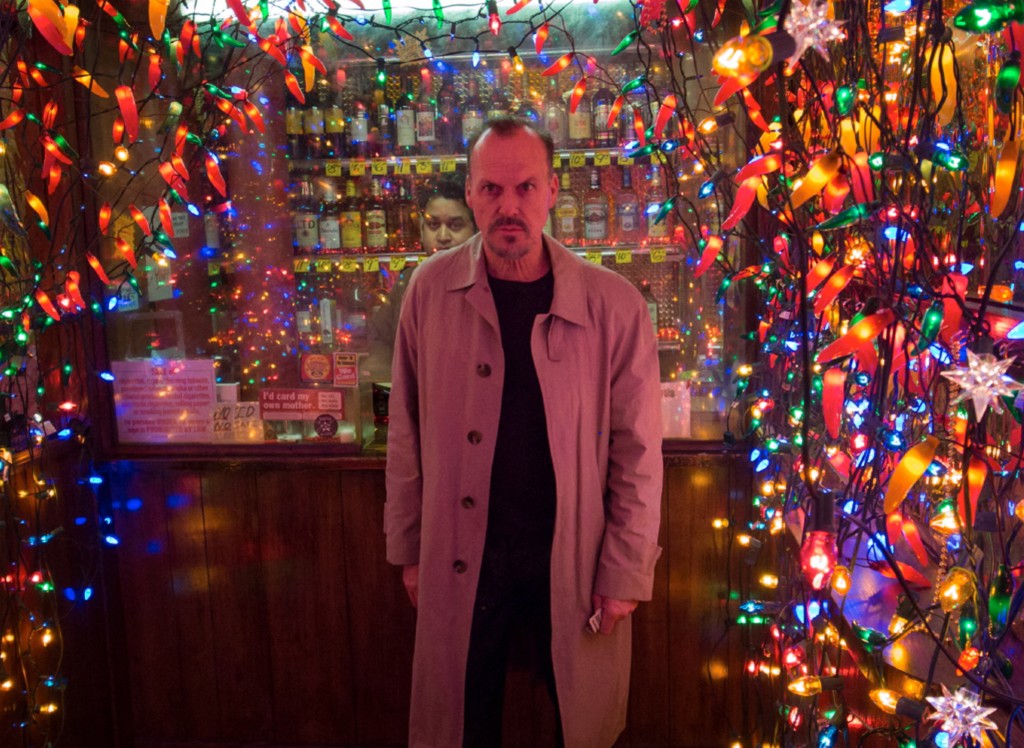 Everything just clicks and works in perfect 'black comedy' harmony.

Director Alejandro Iñárritu (21 Grams, Babel, Biutiful) brings us ‘Birdman’ or “The Unexpected Virtue of Ignorance” in what proves to be a stunning tour of cinematographic brilliance.

Michael Keaton is Riggan Thomson, once the star of an early 90s superhero franchise Birdman, Thomson is now a man looking to be taken seriously, to achieve new heights within his craft and to be respected by the world. In an attempt to shed the persona of celebrity and to attain some level of prestige Riggan decides to direct, write and act in his own Broadway play, an adaptation of Raymond Carver’s short story ‘What We Talk About When We Talk About Love’.

Of course it isn’t so straightforward. Riggan is a man deeply troubled by his past, specifically his role as birdman, a character that has manifested into a haunting figure of his sub-conscious, tempting him to give up on his dream and embrace what he is. The Birdman persona acts as the self-doubt that plagues Riggan’s mind, pushing him to the edge of himself and what he believes he is capable of achieving.

Visually Birdman is something special; a masterclass in cinematography. The entire narrative runs on one single continuous tracking shot that never blinks, giving the film a real sense of movement and emphasising the constant chaos that comes with opening a Broadway show.

The camera plods along, ducking and diving, picking up conversations here and there, and getting stuck in when it matters. Some of the strongest most engaging scenes owe a great deal to the way in which the camera manages to get itself in amongst the action. It works incredibly well, and director of photography Emmanuel Lubezki shows exactly why his work on Gravity was so highly praised. The result is something quite raw and befitting of the bedlam that is the process of Riggan’s project.

There’s no doubt that Keaton’s past as the caped crusader in the Batman franchise is being played upon here and intelligently so, but it allows the audience to further grasp some of the key questions that the film is posing. The Birdman persona brings a real intensity to affairs, and creates a great sense of inevitability as we follow Riggan’s attempts to get things together, and to shun the Birdman’s lure. 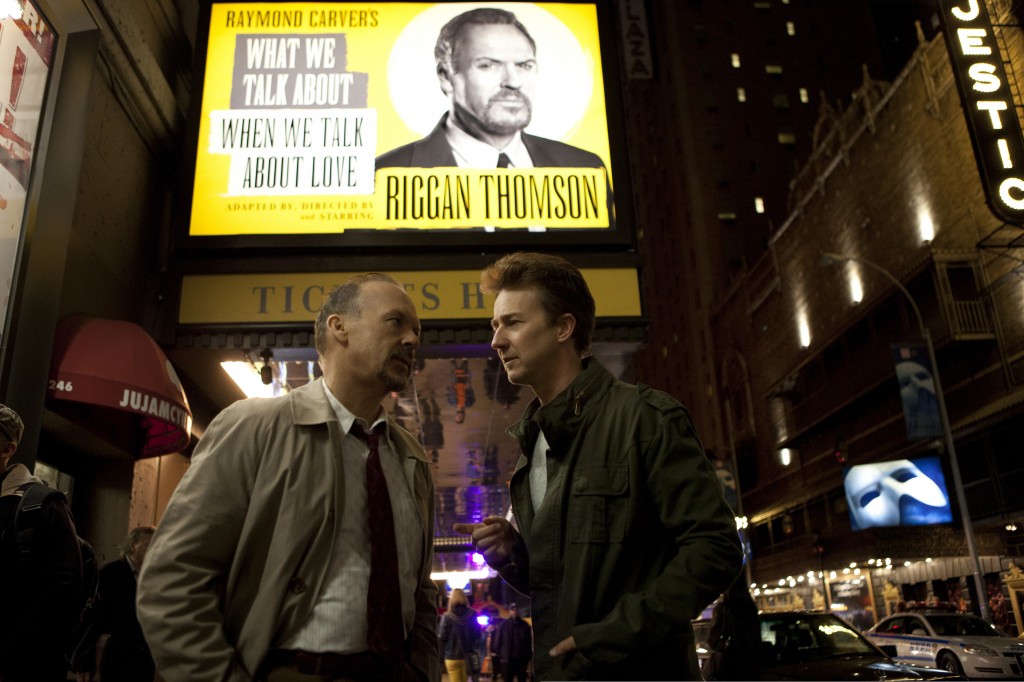 Birdman is a film quite unlike anything you’ll ever see, it’s difficult to pin down exactly and many may walk out wondering exactly whether they saw what they had intended to. But there is no doubt that Iñárritu and his team has managed to draw together an onscreen masterpiece in all aspects, all the pieces just fit so well.

And a cleverly assembled cast that includes the likes of Emma Stone, Edward Norton, Naomi Watts and Zach Galifianakis are just the icing on the cake. The script is quick and witty like the visuals, and the dialogue is smart, self-aware and satirical producing some real moments of laugh out loud comedy. Norton as Mike, the loose cannon method actor Riggan brings into the production last minute, is a stand-out, responsible for most of the comical moments, whilst Keaton tops it all off with a performance that is committed, engaging and authentic. Riggan always feels as if he’s on the edge of falling into the rabbit-hole, even when the Birdman persona isn’t at his most present onscreen, Keaton reminds us that he’s always there, lingering in the background, haunting and harassing Riggan’s inner consciousness waiting for his moment.

Birdman is without doubt a contender for best film of 2014, a mesmerizing, whirling trip through the eyes of a struggling and troubled actor trying to attain a greater level of existence.

There might be too many good things to say about this film, everything just clicks and works in perfect black comedy harmony; it’s almost frightening how good the filmmaking actually is

Birdman or ‘The Unexpected Virtue of Ignorance’ is now in UK cinemas everywhere.