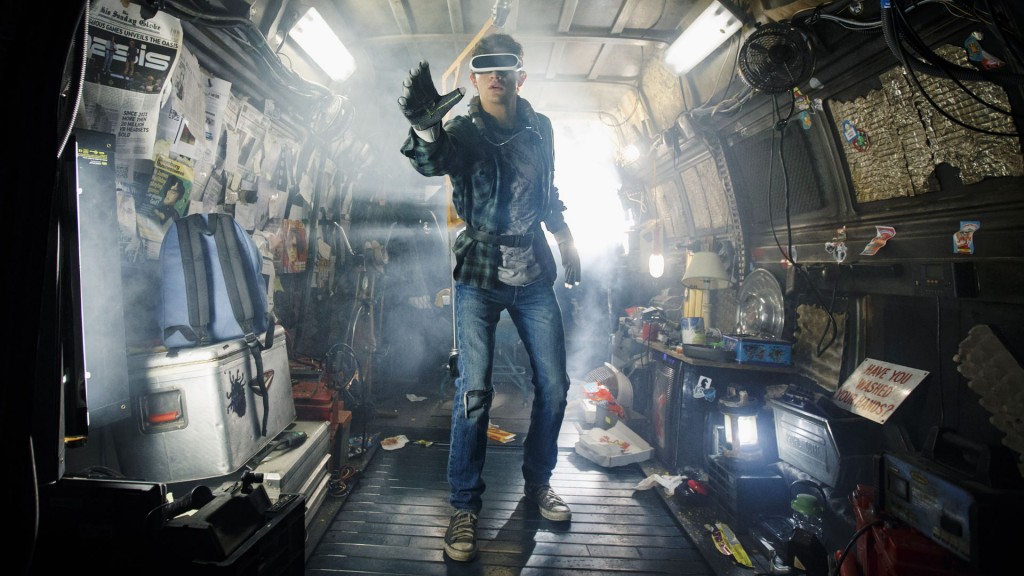 Spielberg brings that sense of childlike wonder back to the big screen, and it’s quite the cinematic spectacle.

Few would argue against the notion that Steven Spielberg is one of, if not the biggest influence on the way we view modern cinema today. In particular, his movies of the 80s and early 90s have had a significant influence amongst pop culture today, and therefore it only feels fitting that he would take the Directorial reigns of a project such as Ready Player One.

Based on the novel by Ernest Cline, we follow the story of a teenage boy named Wade Watts (Tye Sheridan). Wade like many of those around him lives in squalor, also known as ‘The Stacks’. His only escape from the hardships of reality is through the OASIS, an interactive virtual world created by pioneering video game programmer James Halliday (Mark Rylance). Halliday passes away, but preemptive of this he leaves an ‘Easter egg’ in his game for one lucky player to find and retrieve – that Easter weekend release makes so much sense now – the winner of the egg hunt gets total control of the OASIS as well as Halliday’s fortune, enter Wade Watts.

The opening act of RP1 is quite possibly one of, if not the strongest produced by a big-budget Hollywood blockbuster in recent memory. Both visually and narratively, what Spielberg and co-writers Zak Penn and Ernest Cline achieve in the first 30 to 40 minutes is mesmerising and so well paced. That racing scene in particular (no spoilers) will take you out of your seat and into the screen. 3D glasses or not, it reminds you of the cinematic capabilities of CGI and that awe-inspiring moment we had back in 93’ on Isla Nublar.

There is a balance struck in the first act and part way into act two in which we are given exactly the right amount of all the ingredients necessary. Unfortunately and perhaps unavoidably that balance flounders further into the film as we near the climax. Flicking between real world events and those within the OASIS, you may find yourself craving those of the virtual rather than those of the real.

Perhaps the one major issue of the screenplay is that we hardly learn much about the actual characters, everything feels very surface level and underdeveloped. One could argue that this is actually James Halliday’s story, as we learn more about him throughout than we do about Wade. However considering how much time we spend with Wade, you would expect some level of character development.

The casting choices are all spot on, and fairly solid throughout. Mark Rylance’s introverted and quirky take on the genius Halliday is a standout, his reserved demeanour and comedic timing is faultless. Ben Mendelsohn once again proves his natural inclination for playing the villain, stepping right into the shoes of Sorrento the head of the tyrannical conglomerate corporation IOI (the bad guys). TJ Miller as the gun for hire henchman I-Rok is a joy to watch in every scene, and provides the majority of the comic relief throughout.

In a cinematic environment heavily saturated with superhero adaptations and 80s reboots, Ready Player One couldn’t have arrived at a better time. This is a pop-culture nerd’s wet dream, but the best part is it doesn’t shout about it. Every reference is organically embedded within the narrative and feels natural; it’s up to you to spot them.

Spielberg has created a 21st century cinematic experience that at times will raise the hairs on the back of your neck. There is no doubt the first half is a lot stronger than the second, but boy what an opening act.