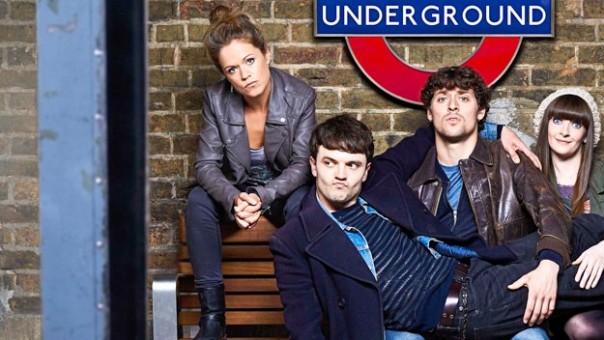 Ever since Sky decided to buy some integrity by hurling money at figures of credibility within the UK comedy scene (God bless them for Hunderby and A Touch of Cloth), Channel 4 and BBC 2 have struggled somewhat to retain their positions atop of the UK comedy programming ladder. Add to that the increasing availability and legality of US imports (See: Netflix), times have rarely been tougher for the British sitcom’s established order.

So it was at a packed preview screening, followed by a Q&A with some of the team behind the show, Channel 4 unveiled London Irish, its latest contribution to the British sitcom. From its inception, Channel 4 has rightly or wrongly been associated with alternative or risqué comedy output. Naturally it didn’t take long for London Irish to generate a general perception and trepidation surrounding the show’s content (some probably welcomed), ‘edgy’ and ‘offensive’ being the obvious go-to words. Refreshingly, series writer Lisa McGee was quick to distance herself from the idea that the show was offensive for its own sake, and I’m inclined to agree.

Yes a lot of people are going to get held up on the apparent stereotyping of the characters. The idea that there’s going to be some cheap gags at the expense of the Irish will probably remain inextricable for some people. And when one of the characters goes berserk after forty-five minutes of sobriety due to a course of antibiotics, it makes it slightly harder to argue against that perception but ultimately I think they’re missing the point.

London Irish isn’t a show about a group of drunk, thick, Irish louts; it’s a show about a group of idiots. Many great sitcoms have been built on the foundation of a group of idiots: Seinfeld, (which McGee noted as an influence of sorts), The I.T Crowd, Dad’s Army, Father Ted, Arrested Development, and even the recent Girls are all built on the dynamic between a group of people lacking a certain amount of self-awareness. Probably the most apt companion piece would be It’s Always Sunny in Philadelphia, given that both shows are about a group of young, heavy-drinking wastrels that run a pub. As a massive fan of the show (that’s been described in the past as “Seinfeld on crack”), comparing something to It’s Always Sunny in Philadelphia could be a bit unfair but, after three episodes, London Irish comes off OK.

Once all the furore about it being crass or offensive dies down, people can see it for what it genuinely is; a promising but not perfect show that, if given the time, could blossom into something worthy of sitting alongside some of the channel’s best sitcoms. Channel 4 deserves a lot of kudos for backing a group of relative unknowns and hopefully they’re not deterred from giving the show another season. If Parks and Recreation taught us anything it’s that comedy above all needs space to grow. From the first three episodes, London Irish has exploded out of the gates, with storylines involving a character getting intimate with a corpse. But even in the early stages it’s clear the best moments will be when we get the group sat around a table drinking beers and talking rubbish. Not a show about nothing, but a show about idiots.

London Irish can be viewed on Channel 4 on Tuesdays at 9PM, and you can catch the first episode on 40D.