Is 3D really worth it? 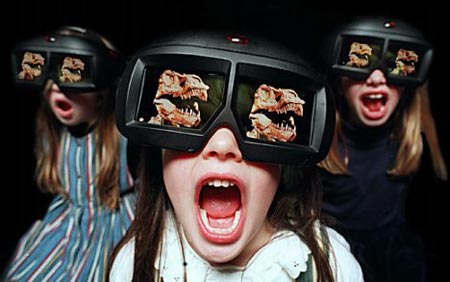 After many discussions with various people about 3D cinema I’ve began to question whether; 1) it is worth the extra money to see the film; 2) if there is really any need for the 3D. Obviously there are very strong pros and cons to this argument and at the end of the day it will most probably come down to personal preference, but here are my views on the subject.

One person I spoke to even went to see it in 2D a few days later just so they could actually enjoy the film at the cinema. As I said at the start of this article whether 3D is really worth it or not does really come down to personal preference, but for me it just doesn’t seem worth it. It’s not the price that puts me off its just how hit and miss the films can be. I would much rather sit through a 2D film than see the odd arrow pop out of the screen a bit or a boat seem closer than the other, which frankly can be done easily in 2D with camera angles. I also, as said before, do not want to run the risk of having a film I’ve been impatiently and excitedly waiting to see for months ruined for me because of lacklustre 3D. It seems that the real reason behind Hollywood’s latest fetish for 3D is to make more money instead of the quality of the 3D.