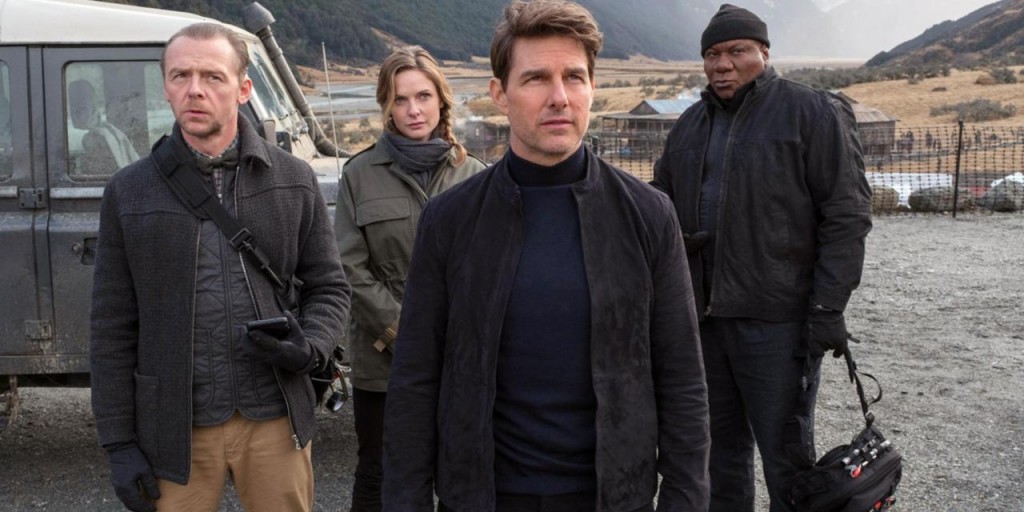 McQuarrie and Cruise do what they do best, which is to provide an experience that never lets up. It’s everything we want from the Franchise, and damn does it deliver!

Ethan Hunt and the IMF crew return to set our cinema screens ablaze once again, with all the explosive intensity that we’ve come to expect from Tom Cruise and his devoted team of action experts.

Believe it or not it has been over 20 years since Ethan first chose to accept his mission, in Brian De Palma’s iconic Mission Impossible (1996). Since then the series has seen four different Directors take the helm over five sequels. From John Woo’s stylistic dove-fest MI2 (2000), to JJ Abrams’ emotional roller-coaster MI3 (2006), and Brad Bird’s high stakes Ghost Protocol (2011). Fallout plays exception to the rule as Christopher McQuarrie returns to finish what he started in the well received Rogue Nation (2015).

With this latest instalment Ethan faces the literal fallout of his good intentions, as a covert operation to secure a large quantity of weaponised plutonium off the black market goes wrong. Consequently the material lands in the hands of a terrorist organisation known as ‘The Apostles’ who make their intentions known when they execute a three pronged attack on a series of Holy locations across the world.  Time for a redemptive Ethan to employ the expertise of his trusty team to stop ‘The Apostles’ from acquiring more plutonium, and bringing in a ‘New World Order’. Of course we know it won’t be that straightforward.

Thematically, Fallout touches upon some intriguing ideas, in particular the film attempts to explore how heroic and selfless acts can carry fatal ramifications. In Ethan’s line of work, these tend to be on a more global scale. It’s a dimension that is rarely explored in the genre and is somewhat reminiscent of Captain America Civil War’s exploration of how heroic intentions can easily backfire. It’s just like Uncle Ben said, with great power…

Then there’s Ethan’s role within the IMF. Naturally you save the world a handful of times but the one instance you come up short everyone’s queuing up to question whether you can do it anymore, and that’s exactly where Hunt finds himself. McQuarrie sets this up perfectly with the introduction of agent August Walker played by the man of steel himself Henry Cavill. Walker is assigned to the crew by forces outside the IMF’s control, and is essentially there to keep an eye on Hunt and to make sure the job gets done. The parallel set up between the two agents gives the audience a great clash of ideals. Walker is younger and stronger than Hunt, begging the question as to whether time has caught up with our hero… we can assure you it hasn’t [insert Cruise hanging from helicopter].

McQuarrie brings back most of the cast from the previous outing which includes series’ favourites Luther Stickell (Ving Rhames), Benji Dunn (Simon Pegg), Isla Faust (Rebecca Ferguson), as well as the ever brilliant Alec Baldwin playing IMF Secretary Alan Hunley. They’re all here and they all play their part in supporting Ethan’s insane endeavours. Cavill is without a doubt the standout, and not just because of that epic moustache (which he rocks pretty damn well). It’s a joy to watch the back and forth between Walker and Hunt, as they struggle to agree on almost everything.

It’s safe to say there’s not too much new or groundbreaking with regards to formula, but that’s OK because the formula works.  The plot is fairly standard for the series, insert evil villain with evil plans, add in a destructive item that needs to be retrieved, sprinkle in a few twists, the odd double bluff and you’ve pretty much got it in one. It all serves the film perfectly, providing the necessary beats for McQuarrie and Cruise to do what they do best, which is to provide an experience that never lets up. It’s everything we want from the Franchise, and damn does it deliver!

The Mission Impossible films hold a special place in today’s industry, and there’s a reason the franchise has lasted so long having consistently delivered on it’s promises of giving audiences the kind of Action movie that feels almost a rarity in today’s market. Yes there is a wider universe here, but it isn’t necessarily asking you to buy into it’s entirety. You don’t have to have seen any of the previous instalments to enjoy the latest outing. It’s all about buying into that proven formula. Mission Impossible wants you there for that moment, and that moment alone. These films are almost fleeting, they make a huge impact and then retreat into the shadows without a clear promise for a follow up, and that’s OK.

Fallout is another intense and gripping entry into the MI world, and there’s no doubt that a great deal of that intensity comes from Cruise himself. He’s clearly an all or nothing guy in every aspect of his life, but he brings that mentality into his work. The Cruise and McQuarrie partnership has struck again, and long may it continue.

Keep up to date with all the new film releases by checking out Cinema Paradiso.