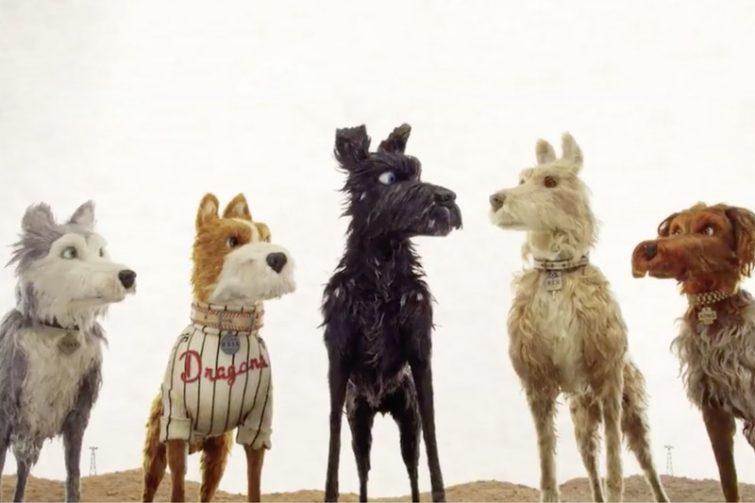 Set 20 years into the future, a dog flu virus spreads through the canines of Megasaki Japan. The city’s new mayor, Kobayashi, banishes all dogs to trash island to quarantine the disease, despite suggestions that there is a cure for the virus. The orphaned nephew of Kobayashi, Atari, is forced to see his beloved bodyguard dog be the first canine sent to trash island. Devastated by grief, Atari seeks out his dog, which brings him in contact with 4 very interesting canines.

Wes Anderson is renowned for his quirky films, such as The Grand Budapest Hotel, The Royal Tenebaums and the stop animation Fantastic Mr. Fox, with Isle of Dogs however, he brings a very charming story to his portfolio in the form of another stop animation and the culture of Japan. Anderson’s attention to detail is scattered throughout the film, but his biggest accomplishment is his use of the Japanese language, a vast amount of it is used during Kobayashi’s broadcasts, by the translator (played by recent Oscar winner Frances McDormand), but some is not translated at all, it isn’t needed.

Atari (Koyu Rankin) speaks entirely in Japanese, while dogs Chief (Bryan Cranston), Rex (Edward Norton), Boss (Bill Murray) and Duke (Jeff Goldblum) are native English speakers, Rex even admits “pity no one can speak his language” when they make first contact with Atari. One would think this is an attempt to Americanise, make it more marketable, and maybe that is true, but how Anderson applies it, is a piece of pure genius. Through motions, gestures, action and the occasional teary eye, the dogs are able to communicate with Atari, the metaphor is beautiful, that dogs can understand what a human is feeling or seeking with a simple gesture or motion. The band of 4 dogs help Atari seek out his faithful bodyguard dog Spots (Liev Schriber), despite the rumour around the island (which is heard by the gossip radar that is Duke) that Atari is the nephew of the authoritarian Kobayashi who sent the animals to their demise, showing the faithfulness of the canine animal.

There is a lot of great things to say about Isle of Dogs, the amazing stop animation, the sound design, the voice performances, the story, the cinematography.. there is honestly too much to say without ruining the film.

Bottom line: Go see this movie, and appreciated the mix of technical and narrative achievements, then come back to Fortitude in the next 3-4 weeks for a detailed analysis of this film. It deserves it.