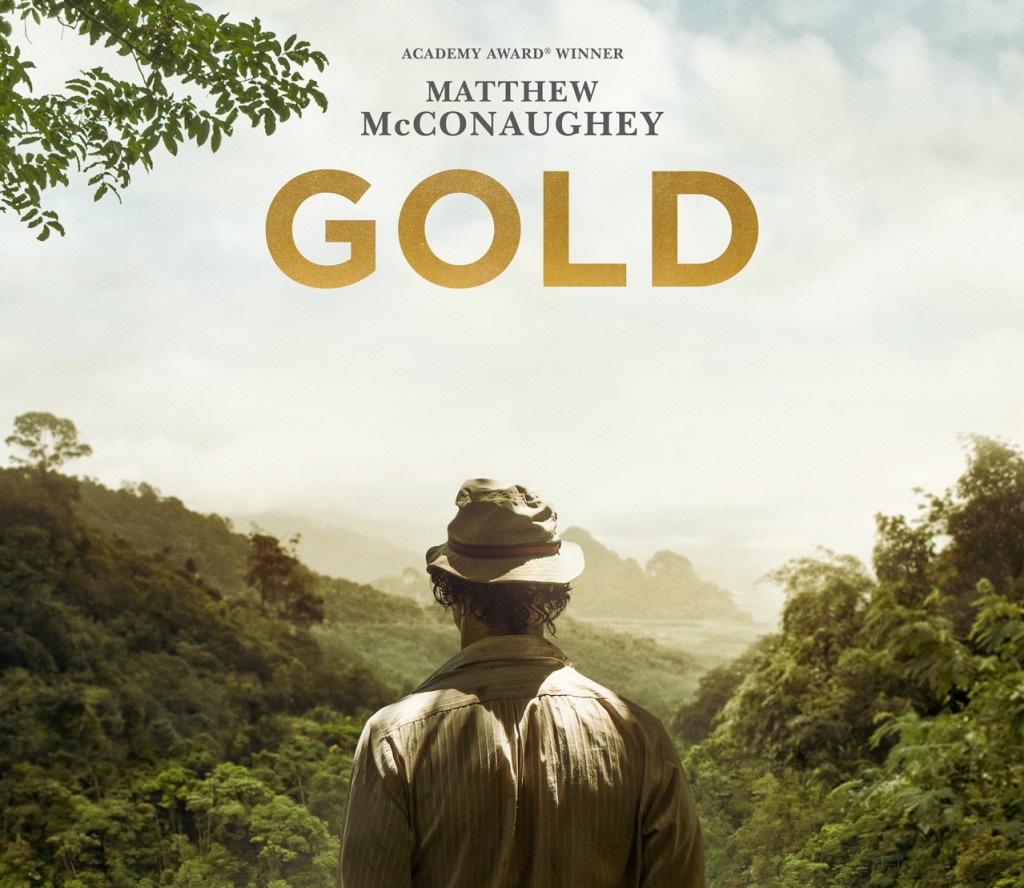 Overall there are enough comical moments in Gold to keep one entertained, however it’s safe to say movie Gold will not be found here.

Wells’ tale is one of determination and self-belief. When we are first introduced to his character we are presented with a young, smooth talker, with a clear passion and knowledge for what he does, but also a man with a hustlers mentality. Working under the watchful eye of his beloved father Kenny Mills Senior (Craig T Nelson) everything seems to be running smoothly for our protagonist.

Cut to seven years later; with his father now passed, an older, grubbier and overweight Wells continues to run the family business, operating out of a local dive bar just off the freeway, cold-calling potential clients. It would seem business isn’t exactly what it was.

The first act of Gold is a pretty dull affair and proves quite a struggle to get through, there’s an attempt to guide the audience through how this world works, but the script overcomplicates itself and never really gains traction until Wells makes a spontaneous trip to Indonesia in search of his fortune. Here he meets with geologist Michael Acosta played by Edgar Ramirez ‘Girl On The Train’ (2016) ‘Joy’ (2015). It is this unlikely pairing that forms the basis of the rags to riches story that unfolds. Well’s is the dogged white-trash hustler, and Acosta is the more unassuming type willing to get his hands dirty. It’s a dynamic that should work better than it does; however it’s never pushed far enough.

There are some serious pacing issues with the way the plot unfolds, and Wells whom is a fictitious reimagining of Canadian Prospector David Walsh, feels perhaps too cartoonish to ever hold any genuine substance. His story holds so much potential, but the execution feels forced and uninspired. The audience is never really given an opportunity to feel anything for this caricature of a man.

There is no doubt that McConaughey is clearly committed to owning this role; evident simply from the physical transformation he went through, but the end result although humorous at times feels over baked in idiosyncrasies and quirks.

The collective cast overall is a talented bunch, although it’s particularly unfortunate that Bryce Dallas Howard Jurassic Park (2015) The Help (2011) who plays Wells’ loyal girlfriend Kay isn’t given more to do.

When considering the true events that inspired Gold, now known as the BRE-X Scandal of the 1990s, you’d fancy the final product to be something far more ambitious and grandiose than what is provided. Writers Patrick Masset & John Zinman fail to deliver the kind of rags to riches story they perhaps intended to, Wells’ tale feels more like its going through the motions, hitting every expected trope.

Overall there are enough comical moments in Gold to keep one entertained, and the story is an interesting sequence of events that takes audiences from the unpredictable rainforests of Indonesia to the equally arbitrary skyscrapers of Wall Street. It would be advisable to avoid researching the source material before viewing, perhaps to enjoy the little payoff available at the end, however it’s safe to say movie Gold will not be found here.