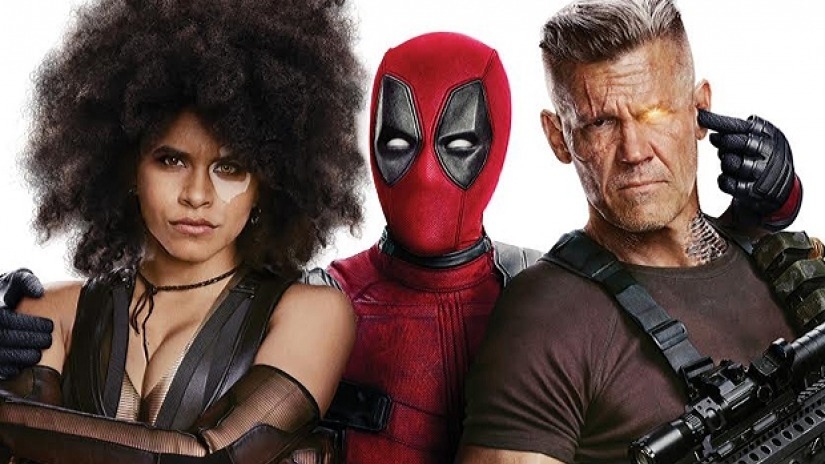 Improves the formula of the first film with incredible action and ridiculous laugh-out-loud one-liners. Josh Brolin and Zazie Beetz are show-stealers in Deadpool 2.

The foul-mouthed, rebellious superhero is back with his second cinematic outing, and this time it’s a little more personal.

Deadpool was introduced to movie-goers two years ago, showing a more adult version of the superhero films that have been pumped out for the past decade. It’s probably fair to say if you’re reading this, you loved the first film, and if so – you’ll more than likely enjoy the sequel.

Ryan Reynolds is back in full-force under the latex hood, spewing witty one-liners and gruesomely cutting through countless goons in some of the most fun, over-the-top action sequences you’ll find in cinema, including the Marvel Cinematic Universe, this year. Opposite Mr. Reynolds is Josh Brolin, debuting on screen as Cable, a character that can be summarised quickly as a time-travelling badass.

Cable has transported himself back to present day in order to prevent a certain event from taking place in his time, which conflicts with Deadpool’s motive, leading to the two butting heads. Brolin’s dry, cool performance is superb as Cable plays the straight man to Ryan Reynold’s hilarious, fourth wall breaking antics.

With the introduction of a couple of new faces, including a great performance from Zazie Beetz as Domino, a “lucky” heroine, and Julian Dennison playing a troubled Russell Collins, there is no shortage of awe-inspiring action sequences in Deadpool 2. Fist fights, gun fights, swordplay and splendid use of slow-motion add up to create what I’d consider a damn good action flick.

It’s not all action and R-rated jokes, though. Morena Baccarin returns as Vanessa, Deadpool’s significant other. Without spoiling the film, her role gives it a much more personal plot than the predecessor, forcing Deadpool to act selflessly and not as egotistical as he seemingly was before. At the start of the movie, Deadpool jokes that this is, in fact, a “family film”, and the values and lessons taught throughout the story almost make this true, if it weren’t for the sexual innuendos and severed heads flying across the screen throughout.

Seeing this new side of Deadpool does make for an interesting film, and if it weren’t for the drawn out middle act which is almost entirely pointless comedy, I’d nearly call this one a touching superhero movie. It’s tough not to love the characters presented to us, each with their own unique style and theme of jokes, and it’s impressive to see Marvel create what feels like a separate universe to the Avengers films.

Deadpool 2 has taken the formula of the first film and improved it tenfold, but it still isn’t a cinematic masterpiece by any means. It’s a great alternative for adults who want a mature superhero film, and it can definitely be considered one of the funniest comedies out there as well as one of the coolest action films, though I’d wager it’ll be enjoyed a lot more by those who are big fans of the comic character, rather than a casual cinema-goer.