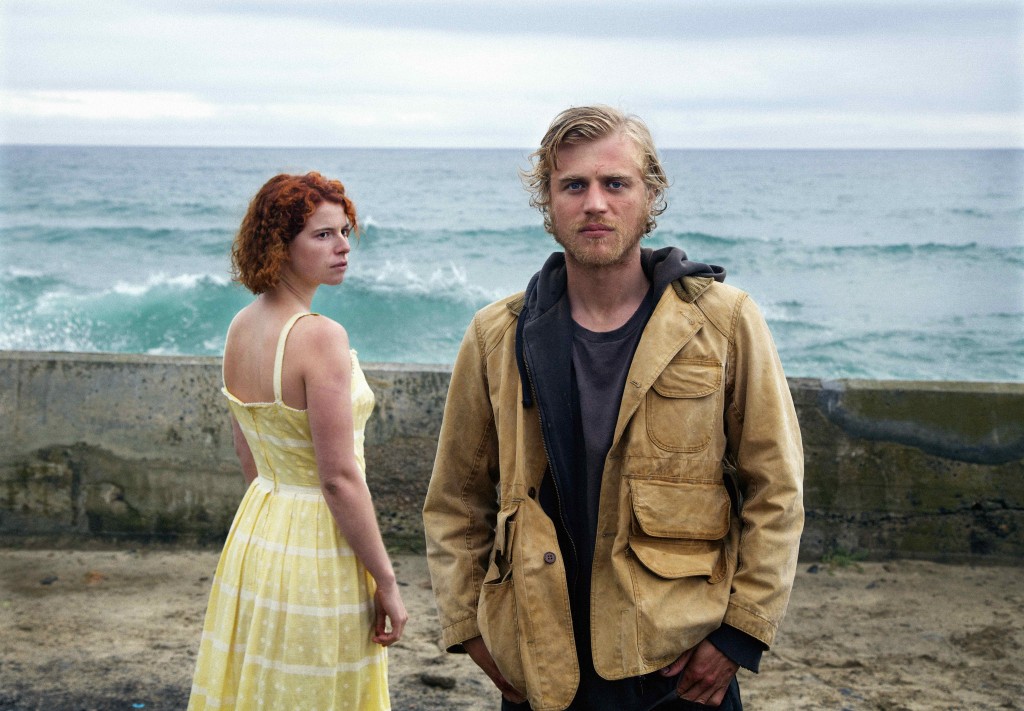 Michael Pearce produces a debut Feature that is both highly sophisticated and intensely gripping from beginning to end.

Set on the scenic isle of Jersey, Beast is an exploration of the fine line between suppression and letting loose, and the consequences of both approaches. Moll (Jessie Buckley) is a troubled and frustrated woman from an oppressive and controlling family, whom comes into contact with the wild-natured and enigmatic Pascal (Johnny Flynn).

Looking to escape from the shackles of her family, Moll finds herself naturally drawn to the allure of this outsider, a man that some locals suspect to be a killer. An important point as we quickly come to learn that the community has recently been struck by a string of local murders. Add in the fact that Moll has a dark and violent secret from her past and you have the perfect concoction for a tense and atmospheric thriller.

Beast is heavy on the symbolism; Pearce piles it on at every junction. He regularly uses the Jersey landscape as a way to emphasise the undercurrent of tension growing within Moll, as she slowly grows at odds with her domestic surroundings. The crashing waves of the ocean, the howling wind, and the imagery of dead animals are regularly used to underline Moll’s inner conflict with her past and her present.

Pearce employs effective narrative pacing in conjunction with an intricate use of sound to create an ever present effect of mounting pressure throughout. The result is an ominous and continuous feeling that something of great magnitude is rising beneath the surface of Moll’s world. Pearce does this in such a way that the conflict is constantly being elevated, as the pressure builds more and more towards an inevitable eruption and an equally cataclysmic reveal. This is part due to the fantastic narrative structure that keeps you guessing, but also Pearce’s natural inclination to draw the themes of the story from the page and onto the screen through visual and audial cues. He demonstrates a real fluency in the language of cinema, something of a rarity today.

Moll is a character with serious inner-demons that need to be exorcised, and Jessie Buckley manages to capture this inner-turmoil with such rich authenticity. She commits, and the results are truly wonderful to witness. Equally, Johnny Flynn has an almost indescribable onscreen presence, casting both Moll and the audience under his spell and he perfectly plays his part as the catalyst for Moll’s transformation. Buckley and Flynn are a joy to watch, it’s almost like watching two wild animals from opposite environments scope each other out, slowly developing a sense of trust and kinship for one another (cue David Attenborough voiceover). The rest of the cast is equally solid, particularly Geraldine James who plays Moll’s harsh and restrictive Mother, she is the symbol of domesticity and oppression.

Beast is an exceptional comment on mental health, grief and the consequences of holding onto the past. There’s an awful lot going on here, both overt and beneath the surface. It would no doubt make a perfect case study for a Film Studies class in understanding cinematic language. Pearce should be commended for producing a thought provoking yet entertaining British thriller with a real sense of humanity. It will be exciting to see what he does next.

BEAST IS IN UK CINEMAS NOW