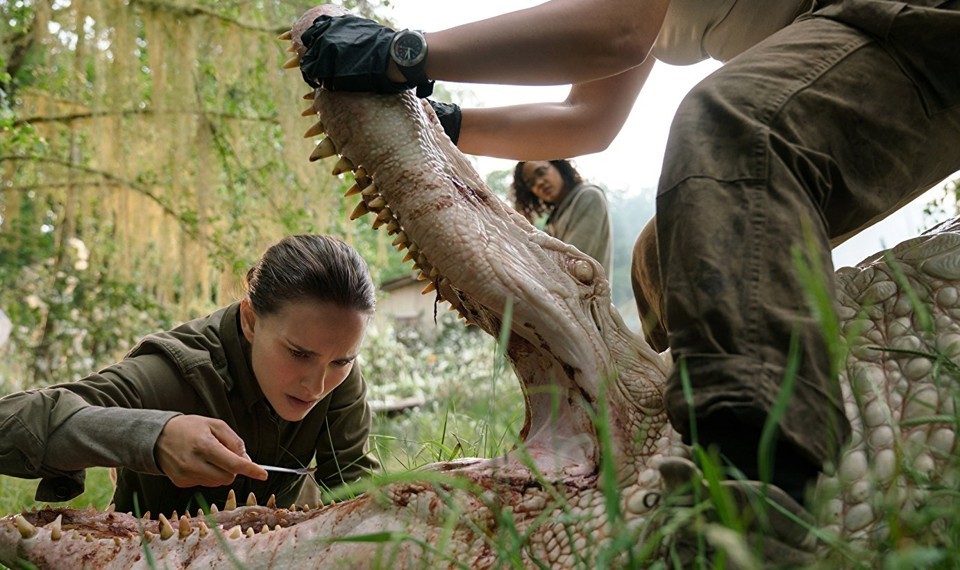 With its absorbing narrative and entrancing science fiction - this is one that will stick in the memory for quite some time.

Annihilation is a refreshingly understated and smart sci-fi that entices straight from the off.

The Netflix exclusive Annihilation is tantalising viewers as it premiers on the streaming service in the UK for the first time. It became a Netflix-only release as a result of fears that it may be too intellectual to achieve a larger cinema opening. That is clearly not the case.

Directed by Alex Garland and adapted from the novel by Jeff VanderMeer, Annihilation (without any spoilers) centres around Natalie Portman’s character, Lena, a military biologist who investigates a phenomenon called “The Shimmer,” an ever-expanding soap-like dome that hangs over Florida. No one that’s gone in has come back out. Within a decade, if it keeps growing, the Shimmer will have swallowed the entire planet. Lena is joined by a small team led by a psychologist Dr. Ventress (played by Jennifer Jason Leigh) alongside three other female team members. The fact that it is nearly an all-female cast is briefly acknowledged in the film, without making it a thing.

Writer/director Alex Garland did a great job in depicting the surreal narrative, the science fiction aspects especially are a visual feast, enhanced by some accomplished flourishes from the Ben Salisbury and Geoff Barrow score (the 12-minute long “The Alien” in the unexpected third act is a highlight). Garland previously collaborated with producer Andrew Macdonald on 2014’s alluring standout Ex Machina. Like Ex Machina and other sci-fi films such as Arrival (2016), Annihilation tackles the genre in an understated, nuanced manner while still packing a hefty punch (including a scene with a wailing bear that is genuinely quite unnerving). There are no shooting lasers or explosions here. Instead, it focuses on exploring fresh sci-fi concepts and how the story events and unearthly elements link to the psychology of the characters and the central theme of self-destruction. The result is a very rewarding, utterly intriguing film experience that invites thinking and interpretation.

It is not an easy film to understand. It plays with the time lineage of storytelling and “The Shimmer” itself rewrites the rules of physics and science to a molecular level. This shifts the framework of what is possible which can be perplexing, but undeniably gripping at the same time. There is a lot of depth and interwoven themes, motifs and ambiguity (the ending in particular) for the thinker to lap up. But, equally, the passive watcher can decide not to dig that deep and still have an enjoyable time. It is a great movie that many people will walk away from with a different experience.