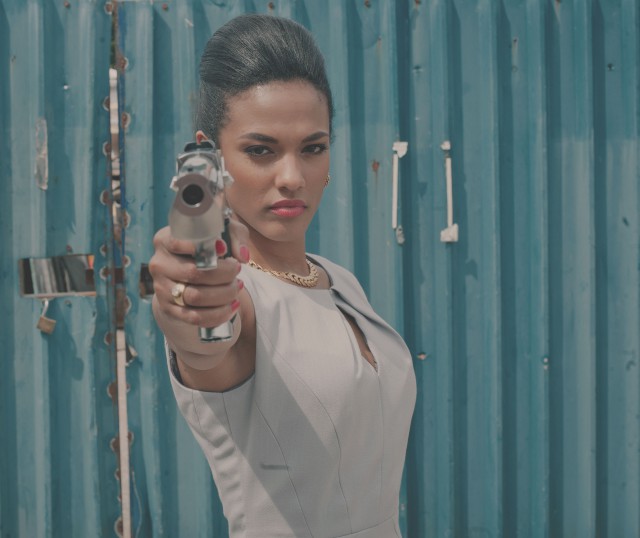 "In fairness, most of the performances are solid enough given the stereotypical character development. As a crime film, it nearly works and as a love story, it isn't really given a chance, but in this battle of 'North v South', there are no winners."

At Fortitude, we’ve always been fond of good old-fashioned British crime films, even when it’s the sort that fail to reach cinema audiences and go straight to DVD, so when we heard the synopsis for Steven Nesbit’s feature debut, we were intrigued to say the least.

Marketed as a gangster version of Shakespeare’s classic Romeo and Juliet love story, ‘North v South’ bears witness to a gangland war between the opposing geographical clans of England. Headed up by hard man John Claridge (Bernard Hill) are the Northerners, and the crafty cockneys with cuddly-on-the-outside-evil-on-the-inside Vic Clarke (Steven Berkoff) as their villainous Southern ringleader. A brutal killing adds fuel to the fire between the rival gangs, which brings danger to the ‘star-crossed lovers’ Terry (Elliott Tittensor) and Willow (Charlotte Hope). Will their relationship be exposed to the feuding families they are part of, or will love prevail?

From the off, the low-budget production value of the project became evident due to amateurish opening titles, and there is a cheapness that brings the film down throughout. Flutters of creation show promise but are incoherently flung together around a narrative that is riddled in clichés. There is a string of interesting Guy Ritchie-esque characters alongside the core players in the gang war, such as Alf, a children’s entertainer with criminal associates, as well as Gustave, a cross-dressing deadly Russian hit-man; but unfortunately due to a shoddy script, nobody really has anything interesting to say.

Brad Moore raises the acting bar and his performance as the psychotic Gary Little is one of the redeeming features of the film, and could quite happily sit alongside the highest calibre of gangster movies. Elliott Tittensor is strong as well in the romantic lead part and delivers the kind of voiceover you’d hear if Martin Scorsese directed a feature length episode of Shameless. The aforementioned Bernard Hill and Vic Clarke are convincing as the mob bosses, and possess genuinely threatening menace. In fairness, most of the performances are solid enough given the stereotypical character development.

Steven Nesbit takes an ambitious and appealing concept that could’ve been brilliant if handled in the right way, but doesn’t pull it off. The lack of storytelling structure means that subplots are tossed around leading to obvious misdirection. There are nice aesthetic moments taking genre influence from films such as Bonded by Blood, Rise of the Footsoldier and so on, but the combination of romance and violence never clicks into place.

As a crime film, it nearly works and as a love story, it isn’t really given a chance, but in this battle of ‘North v South’, there are no winners.