#EIFF2015 Film Review: The Road Within 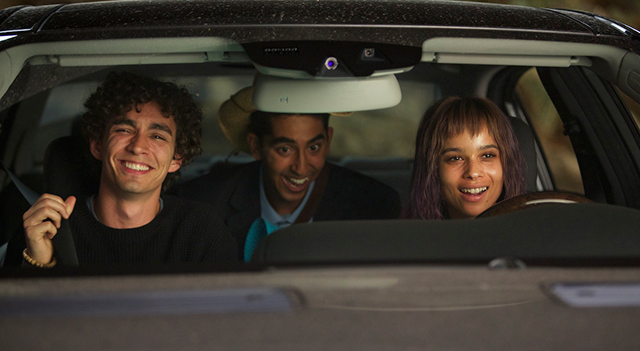 When the three mixed-up teens embark on an ad hoc escapee adventure together, their road trip heads in the direction of self-discovery and living life to the fullest, in spite of their problems.

After seeing the trailer for German film ‘Vincent Wants to Sea’ in 2010, Los Angeles-based writer and director Gren Wells was instantly inspired to do a US remake, and her version, titled ‘The Road Within’ screened at this year’s Edinburgh International Film Festival.

The indie drama explores how young adults manage their mental health disorders, starring Robert Sheehan as Tourette’s sufferer Vincent who is sent to a behavioural facility following the death of his mother. Whilst trying to settle in, he meets OCD patient Alex (Dev Patel) and anorexic Marie (Zoë Kravitz), and they bond over the constant day-to-day struggles they encounter. When the three mixed-up teens embark on an ad hoc escapee adventure together, their road trip heads in the direction of self-discovery and living life to the fullest, in spite of their problems.

The road movie narrative gives the film a linear and episodical structure, but the somewhat predictable plotting is boosted by the impressive central performances. With lesser acting talent involved, it would be easy to let sentimentality engulf the project, but it never gets too bogged down in the subject matter. Because of the humour in the script, the light-hearted approach provides excellent comedic scenarios as the trio make fun or one another and themselves, and the key to the success is that the audience always laughs with the characters and never at them.

Sheehan gives a masterclass in mannerisms, while not overdoing the volatile outbursts of Vincent’s condition, with Patel and Kravitz also making the complex roles look easy. The romantic subplots do feel a little out of place though, with the use of cliché and convention occasionally taking away from the heart of the film, but it is always entirely watchable and likeable.

‘The Road Within’ educates, informs and above all entertains on a picturesque Californian backdrop, showcasing the remarkable skill of the three leads in a performance-driven story beaming with warmth and wit. Shedding an important light on being an individual who unintentionally stand outs in a crowd, it is both insightful and emotionally rewarding. Wells writes and directs passionately following her own battles with anorexia and bulimia in her youth, sensitively raising awareness of the health conditions concerned through the story-telling, but also giving us her take on the touching friendship and sense of camaraderie between Vincent, Alex and Marie.

‘The Road Within’ got its initial release in June 2014 and is available to buy.