How Are Casino Characters Depicted Throughout The Cinematic ages?

It may sound like a cliché – but it is the characters that are the difference between an Oscar winner and a Box Office flop. The depiction of on-screen figures is vital to ensuring the viewers will be gripped to the screen and engrossed by their next movement. However, there is connection between the era the film is set and how the character behaves, with different personas, motives and traits seen throughout the age of cinematic releases. The portrayal of gamblers throughout the ages has changed dramatically, with figures from the Roman era to the Bootlegging 1920’s all seen different all screen.

So do you think you’d be Mr Cool like Phil in The Hangover, or be a remorseless gambler just like Commodus? Try out the Ladbrokes Casino’s eras quiz and find out what part of history you would be from!

To show how the characters we love are seen in some of the great casino eras, here are a few iconic figures to compare yourself to.

Commodus probably takes the biggest gamble of them all – risking his life in a fight to the death against the toughest gladiator in Ancient Rome, Maximus, played by Russell Crowe. The Emperor is renowned for his corrupt ways of business, so there is no surprise he will do anything at any cost to give him the victory. Before the bout, he delivers a lethal blow to Maximus, stabbing him in the shoulder and swinging the odds in his favour. But when you cheat, you normally get caught out and in the Roman times, there was no sympathy for crooked Commodus. 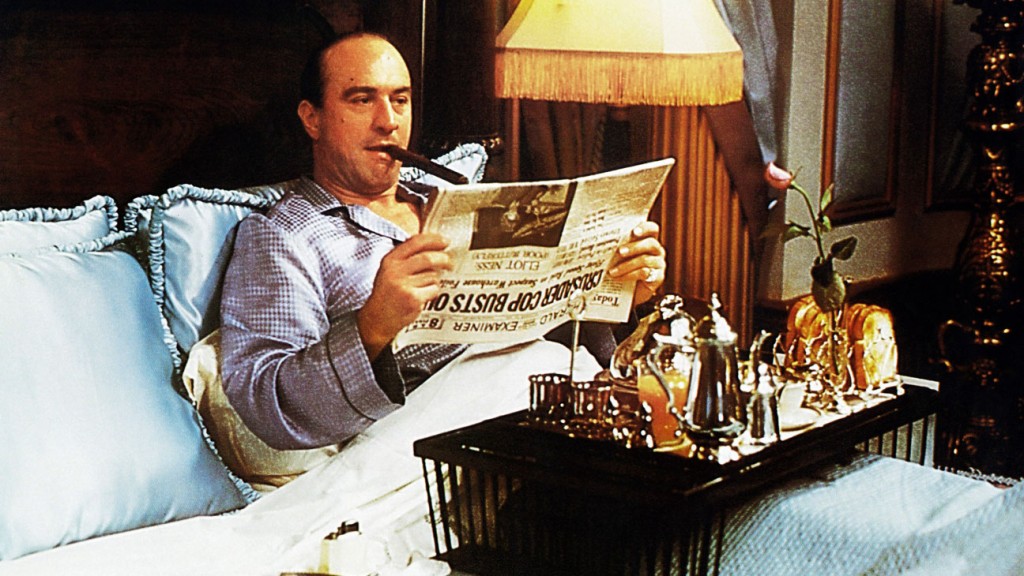 The Bootlegger – Al Capone (The Untouchables, 1987)

Heralded as the most famous gangster of all-time, Al Capone was one of the prominent figures through the 1920’s Prohibition speakeasy in Chicago. Capone was the Boss of all bootlegging in the Windy City from 1926 to 1933, cleverly paying off the Mayor and police forces to stay clear of his illegal business. But when Jim Malone and Elliot Ness move to bring him to justice, Capone carries on running the alcohol and gambling circuits within the city, thriving on excitement and danger money his empire is creating. Capone, played by Robert De Niro, is finally brought to his knees at the end of the film after being charged with years of tax evasion.

The Hangover has become one of the all-time great comedy films, making every grown man envious of the bachelor party adventure. The four characters are all complete opposites to one another, but the one who tries to keep it smart and sophisticated at all times is Phil. Despite the endured chaos of losing the groom-to-be, Phil keeps a cool head at the gaming table and helps Alan win the $80,000 need to free their friend. However, his guise changes slightly when it turns out they are given the wrong Doug by Mr Chow!

One of the ever-changing portrayals through history in cinema is the casino scene and to pay homage to the silver screen hits, Ladbrokes Casino have complied a quiz so you can see what era you’d be best suited to. Are you more like the Cowboy Bret Maverick, or the Swinger Austin Powers?