Batman/Super Man team up announced for Man of Steel 2 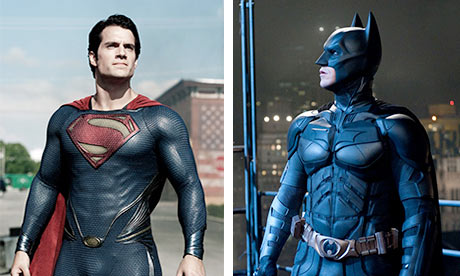 Warner Brothers officially announced Man of Steel 2 at comic con today, which includes, for the first time on the big screen Batman.

Zack Snyder will be carrying on as director with “The Dark Knight” director Christopher Nolan staying on as executive producer. It will also see Man of Steel stars Henry Cavill and Amy Adams reprising their roles.

There is some bad news however. The Dark Knight star Christian Bale will not be playing Batman for a fourth time and they will be looking to cast a new Batman, we could see Joseph Gordon-Levitt suit up to play him instead.

Here is the official PR statement;

“On the heels of the worldwide success of Man of Steel, director Zack Snyder is bringing together the two greatest Super Heroes of all time – Batman and Superman – for the first time on the big screen. The announcement was made today by Greg Silverman, President, Creative Development and Worldwide Production, and Sue Kroll, President, Worldwide Marketing and International Distribution,Warner Bros. Pictures.”

The current hit, Man of Steel, has taken in more than $630 million at the worldwide box office to date, and climbing. Along with its star, Henry Cavill, the upcoming film brings back Amy Adams, Laurence Fishburne and Diane Lane. The new Batman has yet to be cast.

Snyder is co-writing the story with David S. Goyer, who will then pen the screenplay. Production is expected to begin in 2014, with an anticipated release date inSummer 2015.