A Look Back: The Twilight Saga 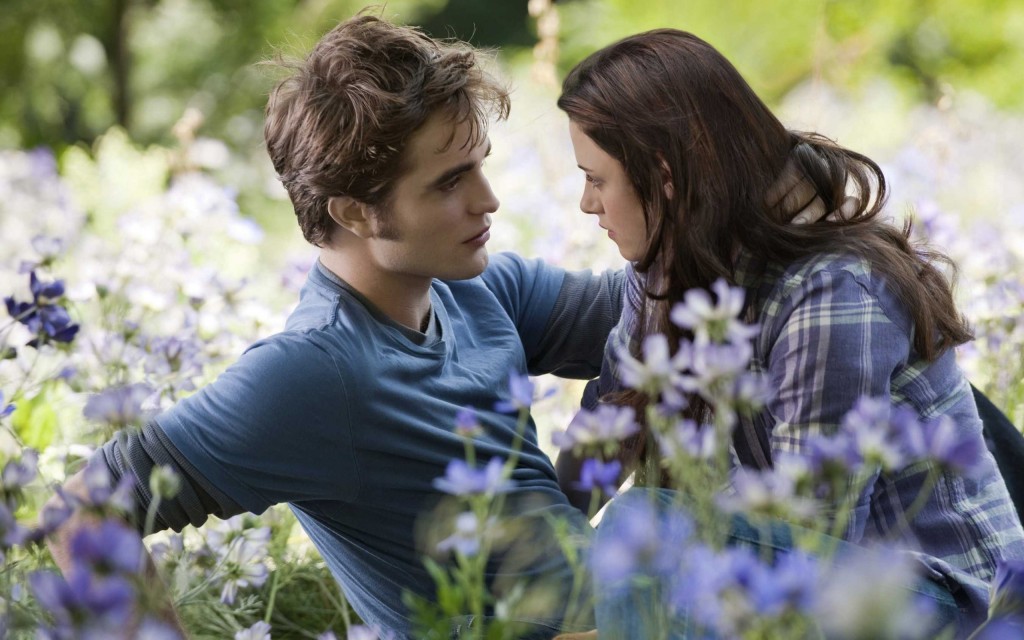 It’s not even been five years since teenage girls all around the world had their first glimpse of their new fictional boyfriend and already the Twilight Saga is coming to an end and soon enough we will all be saying a tearful goodbye to Edward and co in Breaking Dawn Part 2 (although some will be tears of joy). And what better way to see the Saga off than with a look back at the previous four films which spawned a whole generation of Twihards?

It is perhaps important to note that although I’ll try my hardest to stay away from major plot spoilers the further along I get the harder it will become. But surely if you’re reading an article entitled ‘A Look Back’ you already know what you’re in for?

Released a mere three years after the book was written, Twilight was the start of the fandom which some critics saw as being Harry Potters replacement. Based on the story of Bella, a teenage girl who moves in with her father in a small town called Forks and soon starts taking a liking to the weird boy in chemistry. Sorry that should be weird VAMPIRE boy in chemistry who could easily rip her apart.

But this doesn’t turn our heroine off in the slightest. If anything it makes her want him more… somehow. A desire which is shown through Kristen Stewart’s unique – for want of a better description – acting skills. Soon enough Bella and Edward begin a relationship and all seems happy for them at least. However enemies are made and it’s not long before Bella becomes the victim of a game of hunting with another vampire.

Although the film tends to play out as some sort of made for TV movie and doesn’t seem to warrant being such a big hit in this critics eyes, the fan base had been growing since before the film was released and soon after the world was split into people who loved it (mainly teenage girls who hadn’t yet experienced love or good film-making  and people who didn’t (everyone else). It’s hard to put a finger on what exactly the franchise is doing to gain so many fans but whatever it is it must surely be the right thing. Although, saying that there are a lot of Michael Bay fans…

Even worse than the tedious style of film-making and dialogue is perhaps the supporting cast. Bella’s ‘normal’ human friends appear to be quite unappealing and don’t seem to have much to do in this or any of the rest of the films apart from just annoy. Anna Kendrick’s role of Jess is the most annoying of the lot with each appearance just adding to my hatred of her and desperately trying to recall her other films where she does so much better. And soon enough you may, like me start to wish that Michael Bay was in fact involved with the saga. At least then we’d have had some nice explosions.

As the fan base grew and grew the producers, it seemed, decided they had to get the sequel out ASAP and so almost exactly a year after Twilight’s release came New Moon. This admittedly did take a more Hollywood approach with the look of it which was a refreshing turn from the TV movie that was Twilight. However the storyline just gets more ridiculous.

As Bella and Edward’s relationship continues to blossom she celebrates her 18th birthday with the Cullen family. One thing leads to another and soon enough Bella finds herself as prey thanks to some sharp wrapping paper. So sharp in fact that it causes blood to drip from her finger. And matters are made worse by Edward pushing her away from a hungry family of  blood sucking vampires and into a table causing her to cut herself EVEN MORE and lose EVEN MORE blood. Nice Going Ed.

Fortunately however Edward realises that this relationship can’t continue if his girlfriend is having to spend her life getting nearly sucked dry by his friends and family and so decides to leave. All well and good right? Right? WRONG! As Bella sits in her room for months on end mourning the loss of her cold dead boyfriend, she soon begins to hang out with Jacob Black who, get this, IS ACTUALLY A WEREWOLF! And if that weren’t enough he is also an enemy of Edwards Vampire clan.

And so begins the love triangle of Bella, Edward and Jacob. As Bella begins to start doing crazy stunts like riding a motorcycle and jumping off a cliff to get Edwards attention, Jacob is busy trying to show her he’s right for her by ripping off his shirt every second for no good reason (Oh look Bella you’ve got some blood on your head! Time for me to rip my shirt off…). The support cast still scramble about looking for something to do other than try hitting on Bella now she’s single (if they’re a guy) or being as annoying, if not more than last time (if they’re Anna Kendrick). One supporting cast member who does seem to be having fun with his role is Martin Sheen as vampire overlord Aro. His Pantomime like performance can put a smile on your face but alas his role is not as big as it so desperately should have been.

Touching back on the Hollywoodisation of the franchise New Moon seems to have a more frantic final act than it’s predecessor and even manages to change scenery with an Italian set conclusion. However the story has nothing particularly new to offer. Just the same old Teenager stuck in a hell of a rut cliché although with a bit of a twist. The last scene without giving too much away, is nothing special but boy do they try and make it with Bella uttering a small, unbelievable, gasp. I can only assume it was added so that at least someone would gasp because Lord knows no self respecting audience member would.

A shorter gap is given between New Moon and Eclipse of only six months as it seems Twihards just can’t wait much longer for more teen/vamp/wolf drama and so we are thrust back into Forks as Bella and Edward continue to be loved up. Edward, it seems just couldn’t keep away from Bella in New Moon and so has returned and this time with Bella requesting to be turned into a vampire and Edward saying no and Edward requesting to marry her and Bella saying no. We also have Jacob trying to seduce Bella still and her still saying no for the majority of the film. The troubles just never seem to end in this relationship apparently.

As Bella still tries to cling to Jacob who she has oh so cruelly friend zoned it makes things difficult seeing as her boyfriend is the sworn enemy of her friend, who just so happens to still be trying to have her in his warm fluffy werewolf arms. But soon more drama is added and Edward and Jacob find they have to team up to save the woman they both love.

During all this, the lover of the man who was, lets say… punished for trying to kill Bella in the first chapter of this engrossing story is plotting her revenge by creating an army of newborn vampires to rid the world of the Cullens and Bella. With such a build up throughout the film of this impending battle the final act is somewhat weakened by the fact that it seems to be just a handful of vampires fighting each other with a few werewolves thrown in for good measure. It’s still good fun, however, to see vampires get smashed to pieces by what are, essentially, big dogs. However Bad the rest of the film is (Yes, Anna Kendrick is still around and is still being annoying). At least THAT part was entertaining enough. However still disappointing given the amount of build up.

When producers came round to the last chapter in the franchise, they decided to go down the Potter route and bring it out in two instalments. Part 1 focuses on the wedding of Bella and Edward for the first half, because it seems she’s finally made up her mind and stopped leading on Jacob. Whilst the Latter half focuses on her pregnancy of a half human half vampire concoction of a foetus which begins to grow inside her and destroy her body bit by bit.

The great thing about this one is that there’s less of the supporting ‘normal’ human friends cast (save a speech from Anna Kendrick at Bella’s wedding who just can’t seem to be uninvolved in a twilight film. Hopefully we’ll be saved from her annoying habits in the conclusion) and more focus on the Cullen family and Bella’s impending doom – yet again. So as the Cullens and Jacob come together to find a solution to the  current predicament Bella seems to find herself in because that just seems to be the recurring theme in these films.

As the film gets to the cliffhanger we are shown probably the most goriest scene in the whole series so far which isn’t very hard to beat at all really. Still it’s interesting to see an attempt at gory at a 12A rating and it can make you turn away at certain points. It’s the post credits sequence which makes the whole film if not the whole series, Michael Sheen returns as Aro and he’s as pantomime as ever, and will no doubt make you eagerly anticipate the second half of this final instalment for more of him.

But I digress. I am fully aware that as a 19 year old male, I’m clearly not the target audience for a vampire love story. All I want however, is for a good film. The storyline doesn’t even have to be interesting – I myself find Twilight to be lacking in depth but I’ve been told that, as is so often true in cinematic adaptations of novels, the book is better and, having only read the first I know I’m as out of my depth as I feel the films are.

And if I could end on a high note, I myself am surprisingly looking forward to Breaking Dawn Part 2. So much so that a midnight screening is definitely high on my list of priorities at the moment. This final instalment seems to look much more epic than the rest of the films put together, and really who can’t help but love Michael Sheen?