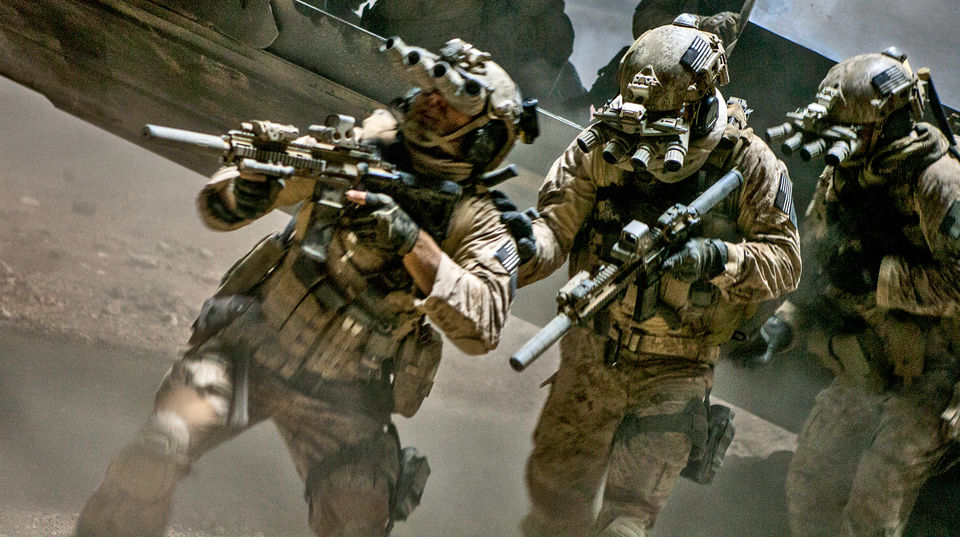 At the top of these ‘Best of’ lists you usually get a blanket statement telling the reader that this year’s films/books/sneezes have been particularly good or bad. Of course that’s a pretty lazy conclusion to draw in the case of the global film industry: over any twelve month period, or six in this case, everything pretty much evens itself out.

Although, admittedly, any year in which a film as awful as Movie 43 is released can be labelled as a bad year for the human race, let alone the film industry. So here’s my top five films released in the UK so far this year:

Let’s plough straight into the hulking great blockbusters, shall we? Cards on the table, I am a massive nerd who hasn’t seen a single second of any Star Trek TV show or movie predating the most recent two. I was always told that you had to choose between Trek and Wars and, when you’re a child, ill-fitting suits versus lightsabers didn’t seem like much of a contest.

But all that has changed with 2009’s Star Trek and subsequently 2013’s Star Trek Into Darkness, which I think was even better than it’s predecessor. Of course there was going to be action sequences of a titanic proportions, of course Benedict Cumberbatch was going to be a treacly evil delight, but who would’ve guessed that a film with a nine figure budget would be centred around the romantic friendship of it’s two main characters, Kirk and Spok. Everything that’s good about that film stems from the difficulty those two have understanding each other and the fact that they would both also die for one another. It’s the first time I’ve full on wept at a blockbuster for quite some time (not counting tears of despair).

At the other end of the spectrum is the latest addition to the Iron Man series, and the re-uniting of director and co-writer Shane Black with Robert Downey Jr. This is a superhero film like no other. So far the moulds have been largely divisible into either super- realist (Nolan, Chronicle) or camp and slightly tongue-in-cheek (Whedon, Raimi & Branagh).

But, with Iron Man 3, Shane Black seemed to be doing something totally new to the point that, at times, it wasn’t even working. You won’t see a character as truly bizarre as the Mandarin in any of the deluge of superhero films that Hollywood is sure to churn out in the next decade. Obviously the film still had to do a lot of box ticking (slightly dull ‘Smash ‘em up’ ending? Check!), but Black confidently guided the film off-piste whenever he got the chance.

Is No good? It’s so good I couldn’t bring myself to go through with the cheap joke that I’ve just sidestepped. Yes, No is brilliant (OK, I ‘ve got it out of my system now). Starring Gael Garcia Bernal, No tells the story of the 1988 ‘No’ campaign to have Chilean dictator Pinochet removed from office. The film follows ad-man René Saavedra (Bernal), who is reluctantly recruited to lead the campaign, and features some wonderful moments of underplayed humour, as the vapid, amoral world of advertising meets with the entrenched world of political activism.

Fire in the Blood

If, like me, you have what could generously be described as a ‘wobbly’ faith in humankind, Fire in the Blood may not be for you. This brilliant documentary looks at how western governments and multi-national drug companies essentially conspired to sentence large swathes of people in developing countries to death; driven, not by Machiavellian machination, but by the prospect of pocketing an extra buck. We’re very much talking about the banality of evil here, in all it’s corporate, power tie-wearing, business card- carrying glory.

This is a story that the vast majority will be aware of beforehand but Dylan Mohan Gray’s film is so well informed that it doesn’t feel like we’re covering ground already trod. Some statistics still devastate: 84% of new drugs created in the States are funded by the government or, more precisely, the U.S taxpayer. Meaning that when Joe Stars N. Stripes goes to buy something over the counter, it’s the second time he’s paid for it. Fire in the Blood is perhaps not as cinematic as documentaries have started to get recently, but don’t let that stop you tracking it down.

Katherine Bigelow’s latest feature about the hunt for Osama bin Laden is worth watching just for the powerhouse performance of Jessica Chastain, whose character personifies a lot of the ideas that the film explores. I’m still unsure about how this film will be viewed in years to come, or even how much I enjoyed it.

Nevertheless, I do think it warrants merit on the basis of its uncomfortably removed presentation of its subject matter. It’salways refreshing to be watching a film and really questioning what intentions it has. On top of that, Bigelow has wicked ability to instil tension into scenes where everyone knows the outcome and we’re not even that attached to the majority of the characters (especially in the case of that one guy).

Look out soon for the films to look forward to in the second half of 2013.